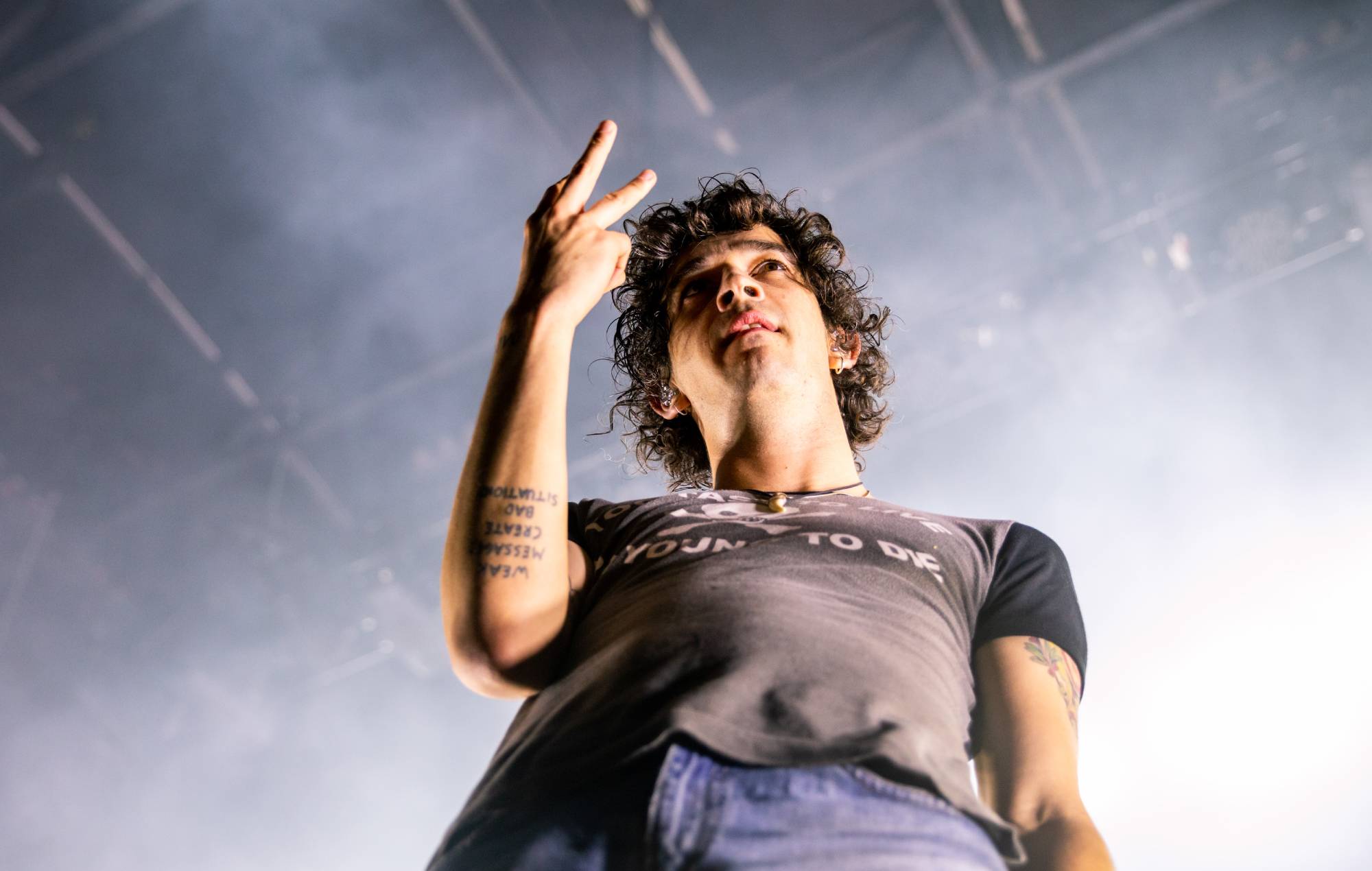 The 1975’s Matty Healy says government has “vilified” the arts: “It’s not being treated as important”

The 1975‘s Matty Healy has accused the government of neglecting the arts in the wake of ongoing controversies surrounding the return of live music.

The government was recently accused of “pushing live music off a cliff-edge” by failing to publish the results of the Events Research Programme, which saw audiences attend a weekend of events in Liverpool, the BRIT Awards and Download Festival to investigate the safety of large crowds returning to events after the coronavirus pandemic.

Elsewhere, a growing number of UK festivals have been forced to announce their cancellation after the government refused to back a coronavirus insurance scheme for large events.

Appearing on LBC this morning (June 25), Healy told James O’Brien that he agreed with his assertion that the UK is “run by philistines”.

“I think that one of the things I’m very aware of is that young people, especially the young people I’m witness to, are very mobilised by art. Much more so than by politics,” Healy told the phone-in host.

“The main thing that’s kept people sane throughout the pandemic is entertainment.”

The 1975 lead singer Matty Healy calls in to James O’Brien’s show to condemn the Government’s “vilification” of the [email protected] | @the1975 pic.twitter.com/UItKMRoowd

“Whether that’s a threat to the government and the way they see things, or whether they don’t understand the potency of that because of their experience of art, I just know how people are feeling.

“I’m an artist and over the years I’ve had countless people send me letters and messages to say your music has helped me through this or that. No more so have I had that during the pandemic and I think we can all agree is that one of, if not the main thing that has kept people sane, is entertainment.”

He added: “We’re very lucky to have had our Netflix and all these things but I know that there’s thousands of artists around the world, not just in the UK, who have had people reach out to them and tell them how important music and art has been for them throughout this time.”

Healy went on to explain how the government’s lack of action is impacting the general wellbeing of music fans across the UK.

“To see it almost vilified and treated as something that isn’t important, because not having Covid does not make a healthy person,” he said.

“This obfuscation of everything that is required to make a person well or better. If you look at the euphoria when we were able to open up the football or going down to Silverstone.

“We deal in that euphoria at times when we’re not in a pandemic. These events, music festivals that haven’t been able to go ahead because the government hasn’t got their act together and given enough information so insurance companies feel comfortable enough to insure it.

“It’s just not being treated as important and I just feel I’m somebody who knows it is important. I’m there on the frontline and the amount of young people who talk to me on a daily basis and express how important it is to have this outlet is – it’s tragic to see that not treated with any kind of reverence.”

His impassioned comments come a day after Andrew Lloyd Webber announced that he will join forces with the live music industry to take legal action that could force the UK government to hand over the results of the ERP.

The government has subsequently confirmed that test event data will be published “shortly”.

Meanwhile, it was confirmed earlier today that the next stage of the ERP will see Latitude Festival go ahead next month at full capacity.