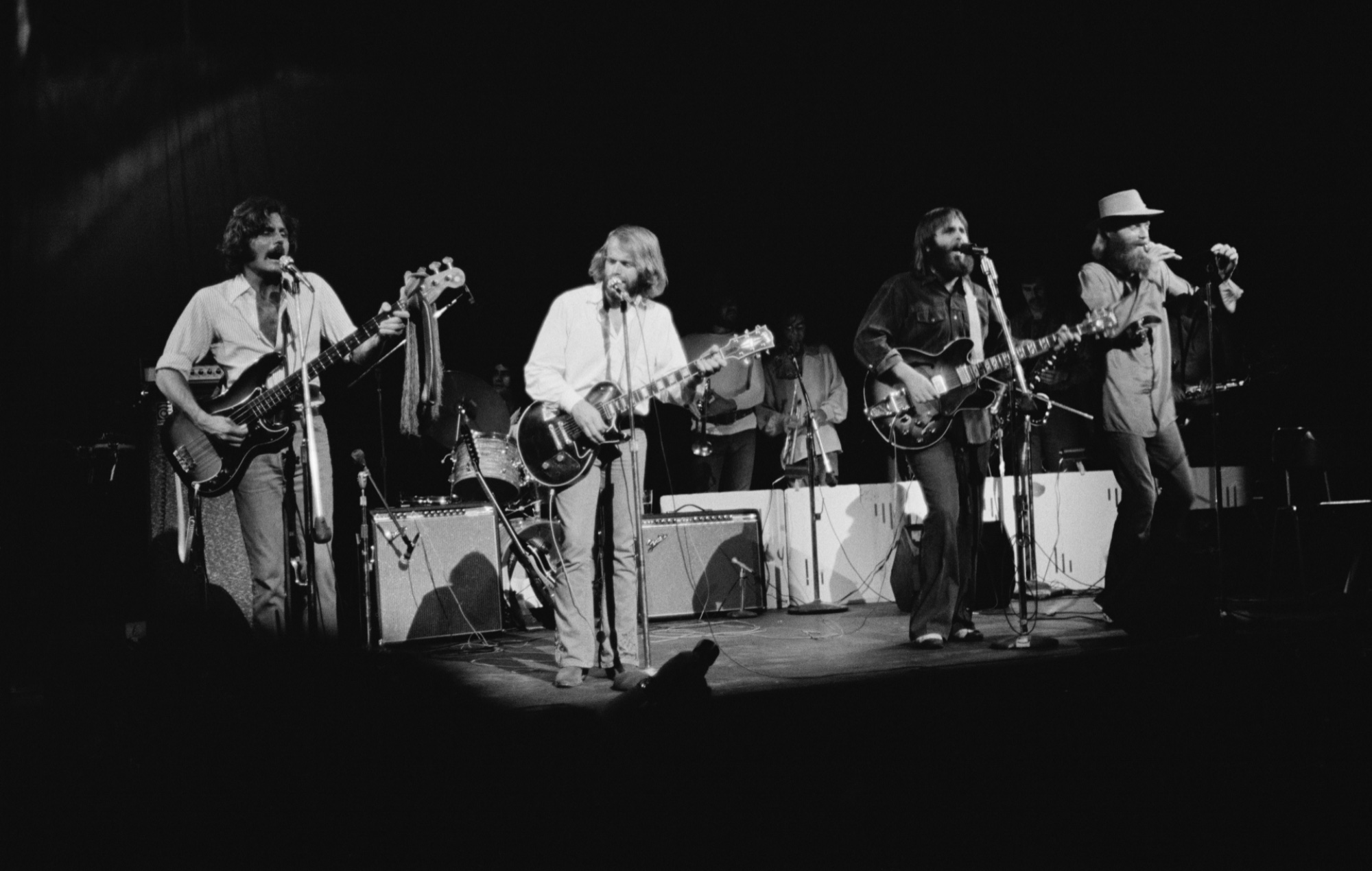 The Beach Boys are set to release a huge new boxset next month.

The release will celebrate two of the group’s albums; the new boxset, ‘Feel Flows – The Sunflower & Surf’s Up Sessions 1969-1971’ will be released on July 30 via Capitol Records/UMe.

The five-disc and digital set will include newly remastered versions of both albums together with 108 unreleased tracks and live recordings. It will also include alternate versions and mixes, a cappella recordings, radio promotions from the album sessions as well as isolated backing vocal tracks.

The release will also come with a new 48-page book featuring archival interviews with the group and a new set of linear notes. The boxset will be available as a limited edition translucent gold and translucent blue vinyl or as a two-vinyl/two-CD option.

To mark the release, the group have also shared a new recording of ‘Big Sur’, a previously unreleased version from the ‘Surf’s Up’ sessions. You can listen to it here:

Back in January, The Beach Boys sold the rights to their intellectual property, becoming the latest artists to hand over their copyright to another party.

The Beach Boys sold the rights to their entire brand to music industry veteran Irving Azoff’s Iconic Artists Group. The amount Azoff has paid in the deal has not been made public at present but, in return, he now owns the group’s master recordings, the rights to the Beach Boys’ name, their likenesses, a share of their publishing rights and all memorabilia.


As part of the deal, the band will still own an interest in their assets, but Iconic has the power in their business decisions.

The company’s CEO Olivier Chastan told Rolling Stone: “The Beach Boys, in a sense, are not just a band. They’re a lifestyle. They’re a consumer brand. And they’ve never really exploited that.”

Meanwhile, Hipgnosis Sounds Fund has been involved in several deals involving the sale of artist catalogues recently. In January, it was confirmed that the investment company had acquired 100 percent of former Fleetwood Mac guitarist Lindsey Buckingham’s catalogue, as well as Jimmy Iovine’s worldwide producer royalties.