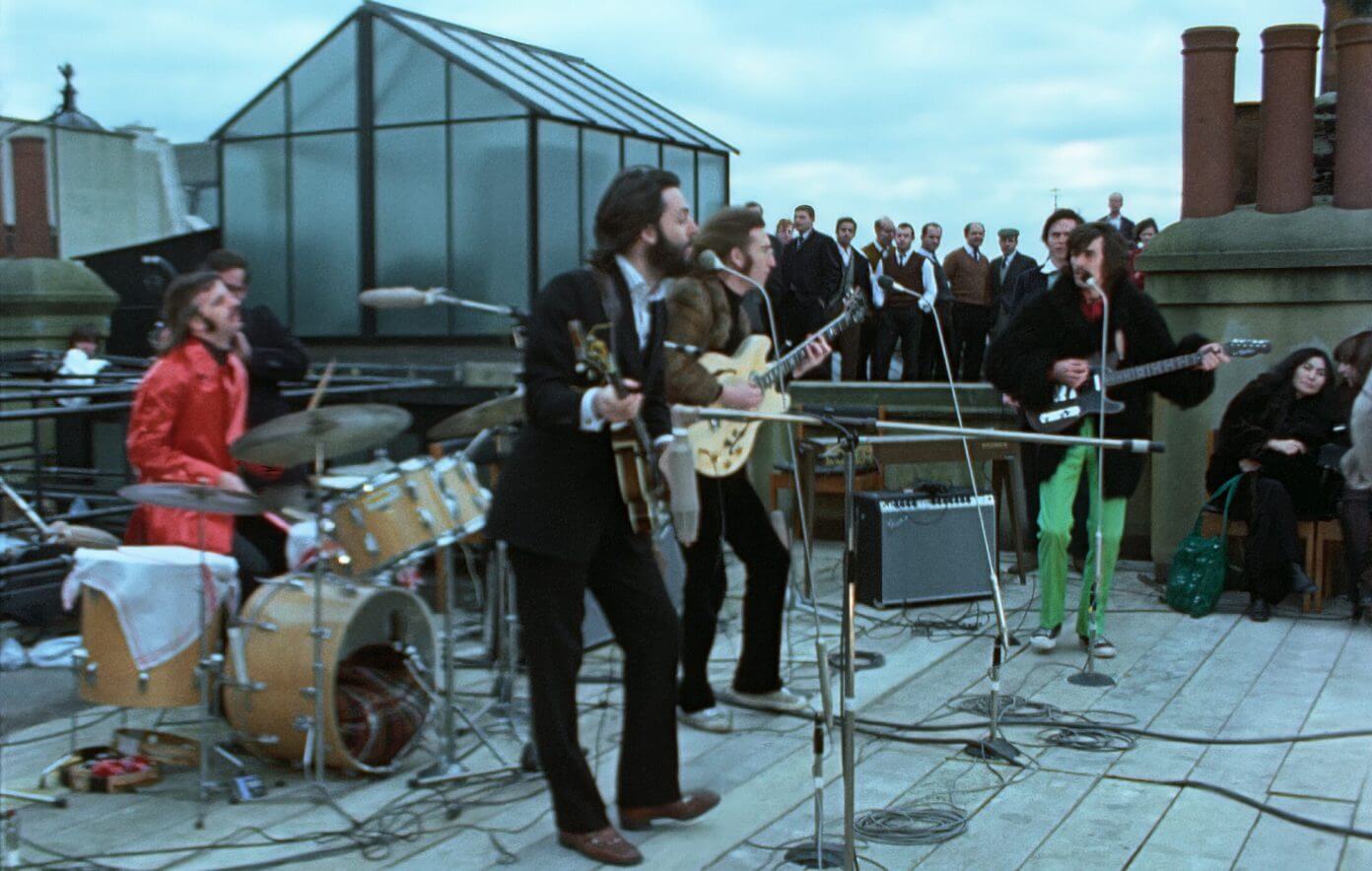 The Beatles: Get Back rooftop concert to screen in IMAX cinemas

The Beatles‘ famous rooftop concert at their Apple Corps’ Savile Row headquarters on January 30, 1969 will be screened in IMAX later this month.

The Beatles: Get Back – The Rooftop Concert will premiere in theatres on January 30, celebrating 53 years since the band’s final public performance.

The 60-minute feature follows on from Peter Jackson’s acclaimed three-part documentary The Beatles: Get Back, which was released on Disney+ on November 25 last year. While the full concert is already included in Jackson‘s film, the footage and audio will be remastered and optimised for IMAX.

Following the screening, Jackson will take part in a special Q&A session, which will be broadcasted simultaneously to all IMAX locations. Tickets are currently on sale here. At the moment, the screenings are only available in the US.

The Beatles: Get Back – Rooftop Concert is coming to IMAX. Experience the unforgettable performance in a special…

Posted by The Beatles on Wednesday, January 5, 2022

“I’m thrilled that the rooftop concert from The Beatles: Get Back is going to be experienced in IMAX, on that huge screen,” Jackson said in a statement. “It’s The Beatles’ last concert, and it’s the absolute perfect way to see and hear it.”

After the premiere on January 30, The Beatles: Get Back – The Rooftop Concert will get a global theatrical release from February 11-13. Get Back will also be released on Blu-ray and DVD in the United States on February 8.

Get Back is Jackson’s accumulation of nearly 60 hours of unseen footage from the recording of Let It Be. The material was originally meant for American filmmaker Michael Lindsay-Hogg’s 1970 documentary, which covers the making of the band’s final studio album.