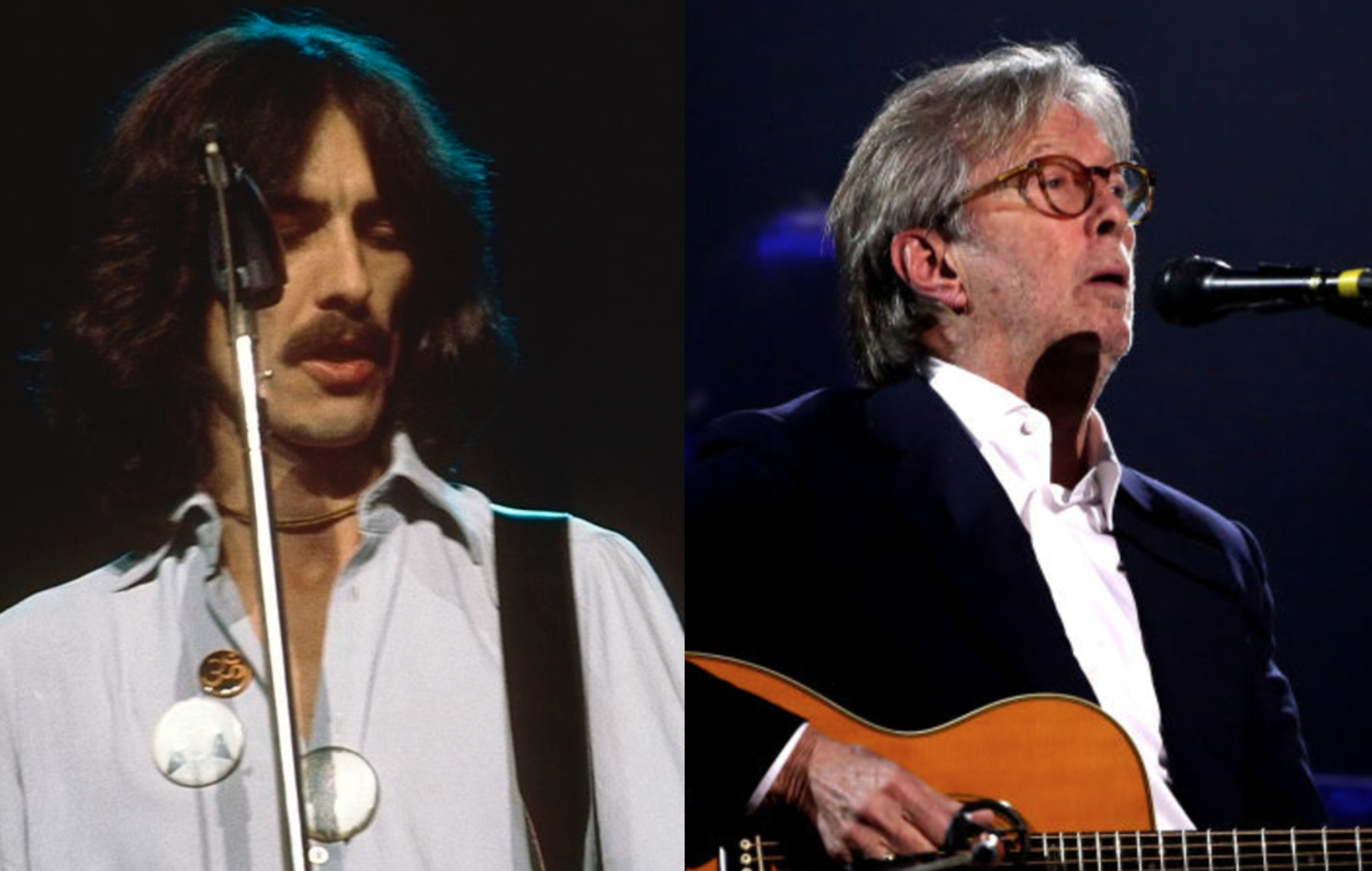 The Beatles almost sacked George Harrison and were reportedly thinking about replacing him with Eric Clapton, according to a newly unearthed interview with John Lennon.

The tape hears Lennon threaten to replace Harrison with Clapton after the guitarist temporarily quit the band in January 1969, during the recording sessions for the band’s final album, ‘Let It Be’, reports The Daily Mail.

The sudden departure of Harrison – who felt that his songs weren’t getting as much attention as those of Lennon and Paul McCartney – worried McCartney and Ringo Starr. Lennon, however, while sympathetic, was also practical about the situation.

Lennon said that Harrison’s attitude had been “a festering wound and we allowed it to go deeper and we didn’t even give him any bandages.”

The ‘Imagine’ hitmaker then suggested that his place in The Beatles be taken by fellow guitarist Clapton. “I think if George doesn’t come back by (next week) we ask Eric Clapton to play,” Lennon said.

Harrison, who had been to see his mother in Liverpool, returned to the studio with the band six days later.

The revelation comes from more than 120 hours of unheard audio and 50 hours of unseen footage made while a fly-on-the wall film was shot by director Michael Lindsay-Hogg during the rehearsing and recording of ‘Let It Be.’

The recordings will feature as part of Peter Jackson’s upcoming new Disney+ documentary, The Beatles: Get Back. The film will focus on the making of ‘Let It Be’ and will showcase their final concert as a band, on London’s Savile Row rooftop, in its entirety.

Disney+ has confirmed the documentary will arrive in three separate parts on November 25, 26 and 27. Each episode is approximately two hours in length.

“In many respects, Michael Lindsay-Hogg’s remarkable footage captured multiple storylines,” Jackson said of The Beatles: Get Back.

“The story of friends and of individuals. It is the story of human frailties and of a divine partnership. It is a detailed account of the creative process, with the crafting of iconic songs under pressure, set amid the social climate of early 1969. But it’s not nostalgia – it’s raw, honest, and human. Over six hours, you’ll get to know The Beatles with an intimacy that you never thought possible.”

He added: “I’m very grateful to The Beatles, Apple Corps and Disney for allowing me to present this story in exactly the way it should be told. I’ve been immersed in this project for nearly three years, and I’m very excited that audiences around the world will finally be able to see it.”

Ahead of the documentary’s release a The Beatles: Get Back book will come out on October 12, featuring transcriptions of the band’s recorded conversations and hundreds of exclusive, never before published photos from the three weeks of sessions.