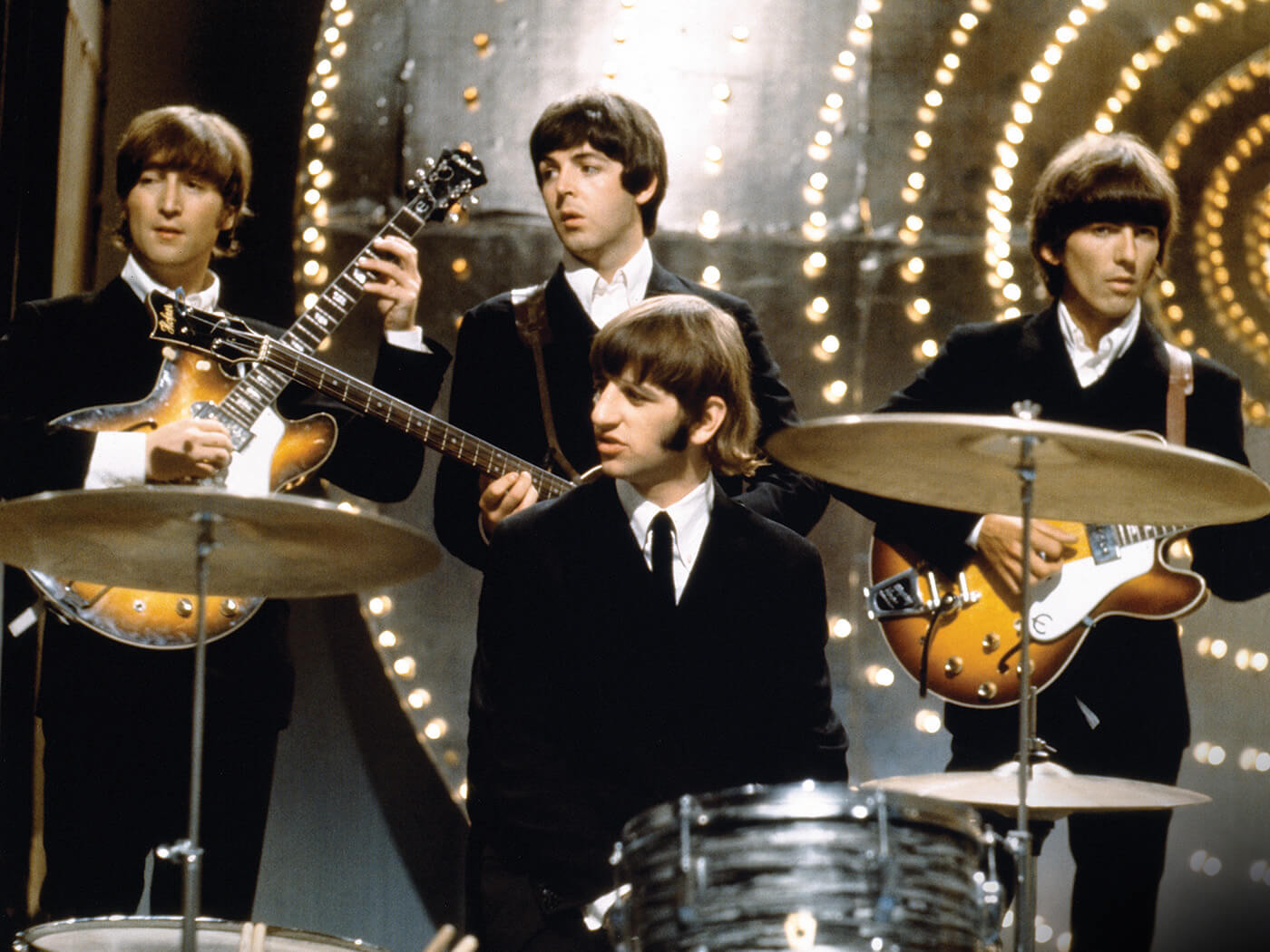 Since it began in 2017, The Beatles’ lavish remix campaign has dealt with the downers. Paul McCartney might have relished making Sgt Pepper, but a tripping John Lennon was largely losing interest; much of The White Album was made solo by an increasingly disjointed band; Let It Be captures the group’s fatal disintegration and the mess that followed; and Abbey Road’s majesty was largely possible only because it was a last hurrah. To the rest of us, these are stunning, sometimes world-altering listens, but they certainly make being a Fab seem like a chore; it was a time of deadlines, joyless business meetings and sizzling resentment, as old friends grew apart and others fought for recognition.

Where was that camaraderie, that warmth, that sense of wonder that we associate with The Beatles? Certainly, Peter Jackson’s Get Back put a more positive spin on a dark time – but to find them truly united, excited and at their creative peak, we have to look to Revolver, the latest staging post on Giles Martin’s journey through the albums made by his old man and the Fabs. Here’s the group expanding the possibilities of recorded music just as they were expanding their minds with drugs, spirituality and avant-garde arts; taking influence from soul, funk, Indian music, the baroque and musique concrète; creating a sound far removed from the more polite Rubber Soul, released nine months earlier.

Revolver hardly needs improving, but Martin has done his best to revamp it for the 21st century. He’s had the assistance of some Terminator-level AI machine-learning developed in New Zealand during the making of the Get Back series. There it was used to separate music and speech on old Nagra tapes, but here it’s been employed to split instruments that have been imprisoned on a single track for decades, so opening the possibility of a remix. In “Taxman”, for example, drums, bass and guitar have been separated, and the results are fantastic, especially on Starr’s drums and McCartney’s bass, which are clearer, punchier and even more nuanced. Ringo is essential across this new Revolver: his inventive fills are foregrounded and endlessly fascinating, whether taut and heavy on “She Said She Said” or subtle and atmospheric on “Here, There And Everywhere”.

As with Martin’s other special-edition remixes, his work is subtle and tasteful. That’s not to say there aren’t noticeable changes, however. On “For No One”, McCartney’s Clavichord and piano are separated across the stereo field, lending the track a new lustrousness.
Starr’s drums were barely there in the original, drowned out by tambourine in the left channel, but that’s been rectified. The overall effect is now more reminiscent of Brian Wilson’s contemporary work, surely McCartney’s intention, and it clearly shows the song to be a stepping stone to the lusher “Penny Lane” the following year.

“Doctor Robert”, not Revolver’s strongest moment, is enhanced by a walloping bass
drum and snare, and fits closer with the super-compressed Revolver aesthetic. “Love
You To” benefits from a tighter, more upfront sound too, the sitars, tabla and fuzz guitars buzzing with a humming, psychedelic energy. “Here, There And Everywhere”, on the other hand, is opened up: the backing vocals are clearer than before, each singer discernible. The horns on “Got To Get You Into My Life” are still spiky, but they’re up close in the verses – reedy, breathy and present.

While there are no real revelations on “Tomorrow Never Knows”, it’s still a sea of sound, one of the most striking three minutes of music ever created. It’s a mongrel – Stockhausen tape loops meets Indian drone meets Tibetan Book Of The Dead – but the result seems entirely new, even 56 years later. Shockingly, of course, it was the first song recorded for Revolver.

As is customary with these special editions, there are also two discs of session highlights. As always, there’s great chat – the band’s argument about Paul’s organ at the start of an early version of “Got To Get You Into My Life”, for instance, or George Martin, Paul and the string octet discussing how to approach “Eleanor Rigby” – and some cuts we’ve heard on the Anthology series, such as the aqueous first take of “Tomorrow Never Knows”. But there are new treasures here too: the second version of “Got To Get You Into My Life” with fuzz guitars taking the place of the horns is meaner and perhaps better than the final version; Take 2 of the first version of “And Your Bird Can Sing” is a Byrds-y delight, all glittering 12-string, with different harmonies and the eventual main riff appearing only as a solo; “Yellow Submarine” arrives as a forlorn Lennon waltz (“In the place where I was born/No-one cared”) like something off Plastic Ono Band a lifetime later.

For the first time, The Beatles had the freedom to entirely arrange songs in the studio. As a result, there are a host of extra harmonies, melodies and overdubs on some of these earlier versions that didn’t make the final cut – “anybody got a bit of money” on “Taxman – Take 11”, say, or the “somehow, some way” on the chorus of “Got To Get You Into My Life – First Version, Take 5”. Perhaps that’s part of Revolver’s charm, as opposed to the woollier, Technicolor Pepper, for instance: in finalising the arrangements, the band and George Martin dramatically thinned them out, leaving only the best elements – often the noisiest electric guitars – in stark monochrome.

Some of these early versions also remind us of the hive-mind of The Beatles, of how ideas and inspirations flowed between them. Each writer, for instance, contributes a song based around a drone, with an occasional hinted chord a tone below: Lennon with “Tomorrow Never Knows”, Harrison with “Love You To” and McCartney with the verses of “Got To Get You Into My Life”. An early demo of “She Said…” is also built around a droning bass note, the chords shifting above that constant, while “Taxman” almost pulls the same trick in its middle-eight.

Listening to this package, it’s clearer than ever just how Revolver set the template for The Beatles’ future: the sound effects of “Yellow Submarine” bubbled up into “Revolution 9”, and “For No One” and “Eleanor Rigby” would blossom into “Penny Lane”, “Fixing A Hole” and “Martha My Dear”, while “She Said She Said” presaged the white-hot fuzz of “Revolution” and “Helter Skelter”, and “Love You To” would find reincarnation as “Within You Without You”.

Darker clouds are forecast here, too. “For No One” was recorded by only McCartney and Starr, a throw-forward to the studio fragmentation of Pepper and The White Album, while Harrison’s third composition was apparently only allowed when Lennon failed to deliver more songs – his lack of engagement, and material, would soon become an issue.

Before all that, though, The Beatles would play their final proper gig, three weeks after Revolver’s release, without ever performing a note of this album’s songs. They were a fully operational group no more. The aftershocks, as documented on the rest of Giles Martin’s remixed albums, are incredible, but the epicentre – their peak, as well as the end of something – can be found here. As McCartney writes in the new liner notes, “all in all, not a bad album.”