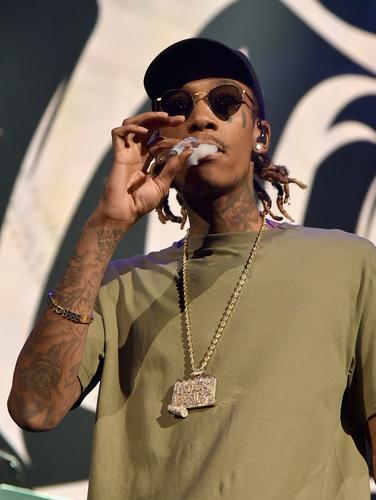 Marijuana and hip-hop have enjoyed a long and beautiful matrimony throughout the last forty years. The euphoric medicinal plant inspires rappers to pen vivid lyrics and stimulates producers to craft gorgeous instrumentals, while they enjoy a stress-free high. Blunts, joints, pipes, and dabs dominate rap lyrics more than any other substance. There is a surplus classic rap projects that have been dedicated to the sticky flower, including The Chronic and Kush & Orange Juice. Lil Wayne spent years announcing the arrival his verse with the sound a lighter calmly igniting the tip his blunt. Several rappers even have their own strains, such as Wiz Khalifa, Berner, Freddie Gibbs, Snoop Dogg, and Cam’ron.

As January 1st, 2018, recreational use marijuana is fully legal in the state California. For many years California has been known for lax medical marijuana laws, something as simple as a stomach ache could constitute the reception a medical card. The switch to legalized recreational use allows non-card holders to enjoy the use marijuana without fear legal ramifications. States such as Colorado and Washington legalized the recreational use marijuana and experienced an immense boost to their economies. After being regulated and taxed, the medicinal plant garnered billions dollars in revenue that is being allocated by state governments. Colorado has been able to update infrastructure and improve statewide education with the excessive amount cash being brought in by legalizing recreational marijuana. California aims to amass billions f the marijuana industry as well, even with the recent rescinding an Obama era regulation by Jeff Sessions that made it difficult for federal prosecutors to pursue marijuana cases in states that made the use the plant legal. Nonetheless, rappers will continue to smoke marijuana, as will the rest California. “Women, weed, and weather,” is more than just a Kendrick Lamar lyric, it’s a way life in Southern California.

If you’re in Los Angeles and yearn to smoke like the rappers do, you’re in luck. Below, we have compiled a list the most exotic, and also the most healthy, marijuana distributors in LA. Smoke weed every day!