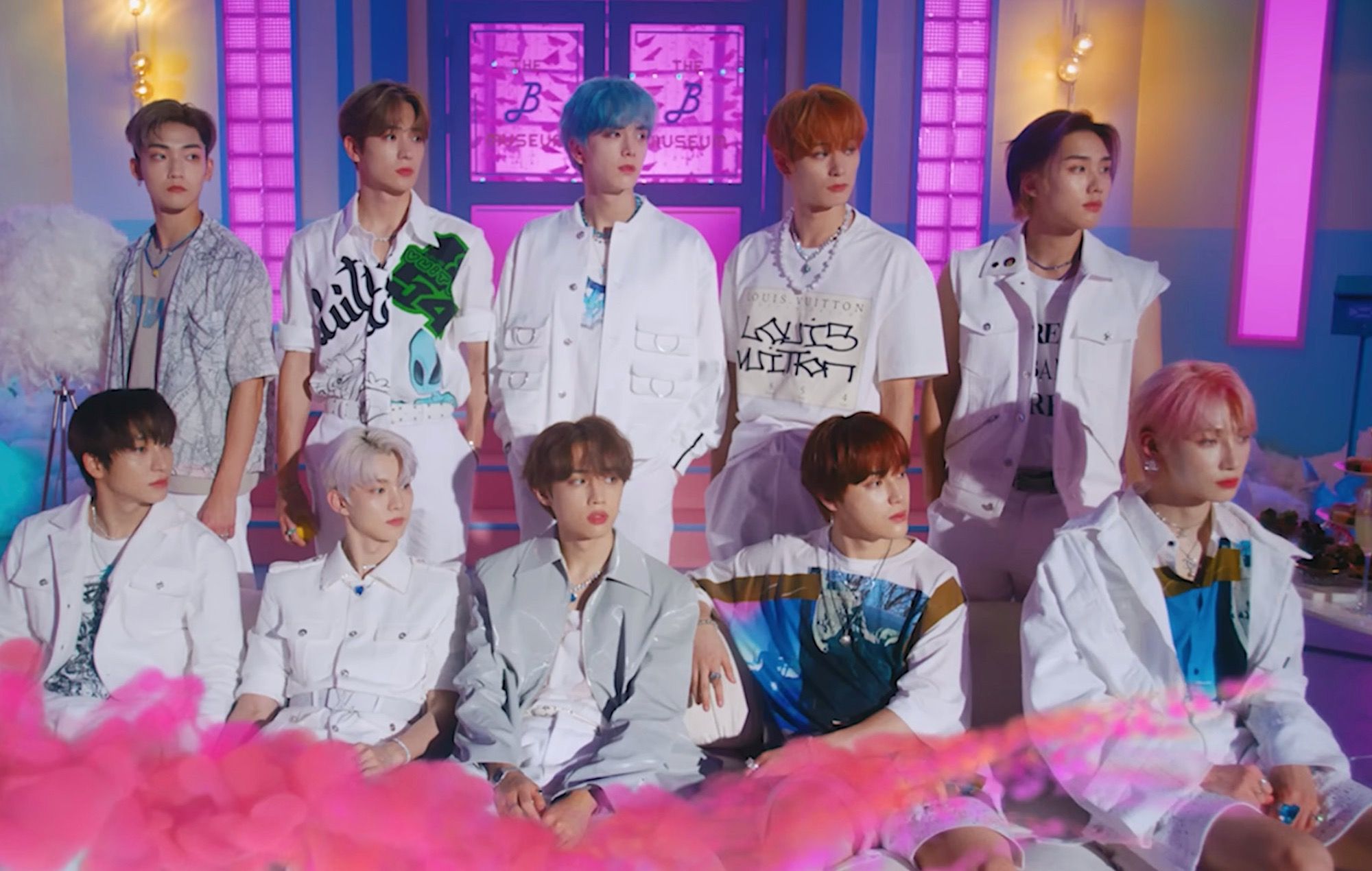 K-pop boyband THE BOYZ have unveiled their latest music video for ‘Whisper’, the title track of their new mini-album ‘Be Aware’.

Today (August 16), the 11-member group returned with a whimsical visual for their bubbly new title track ‘Whisper’. Its music video features THE BOYZ exploring a vibrant world filled with beautiful plants, candy and neon-lit buildings as pink clouds of smoke swirl around them.

“Oh this electrifying whisper / I’m a big problem / Keep whispering, whisper / I’ll bear with it for you,” they sing in the song’s upbeat chorus.

‘Be Aware’ is THE BOYZ’s first domestic release of 2022, arriving 10 months after their November 2021 single album ‘Maverick’.

In a mixed three-star review of the record, NME’s Rhian Daly wrote that its songs “vary wildly across the tracks, sometimes ushering us into slinky, sexy territory, but other times misstepping into something far more disjointed.”

The boyband will also soon be making an appearance at this year’s KCON festival in Los Angeles, where they will be performing at its August 21 (Sunday) event. Other acts in the Sunday line-up include groups like LOONA, NCT DREAM, NMIXX, P1Harmony, STAYC, TO1 and WJSN.