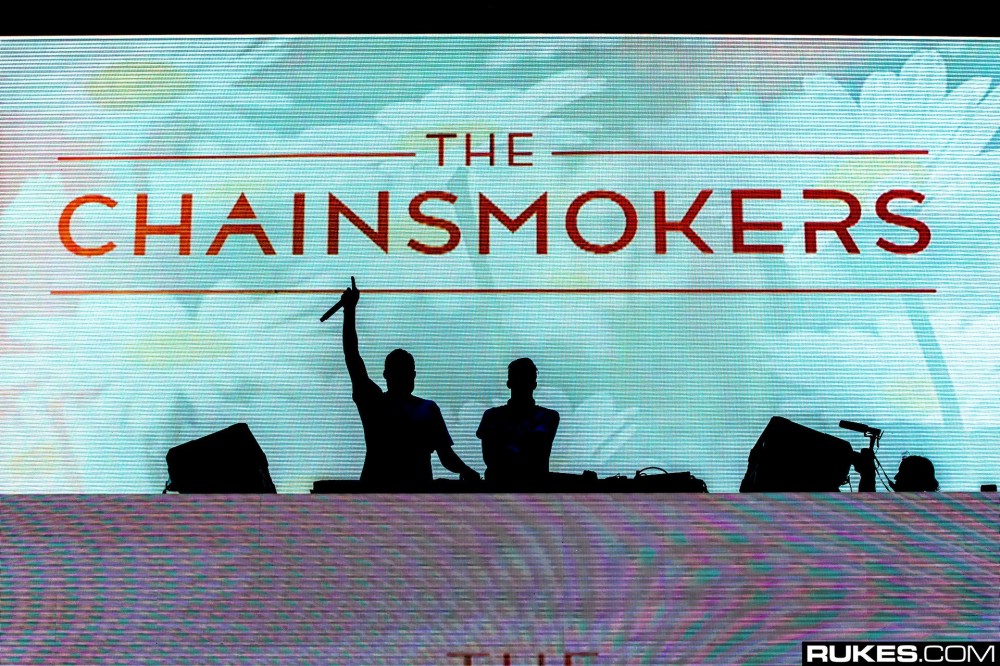 The Chainsmokers have been steadily releasing music off their forthcoming third studio album, World War Joy. Now, we finally have a look at the full tracklist, including some high profile collaborations.

Our eyes immediately jump to “Family” with Kygo. With these superstar artists on one track, the potential here is incredible. The Chainsmokers have also teamed up with Blink-182 for “P.S. I Hope You’re Happy” and we can already hear the nostalgia. See the in-concert clip for reference.

New album from @TheChainsmokers out next week, including this collab with @blink182 !!!! pic.twitter.com/3uUYA8hsIa

Six total tracks from the World War Joy era have previously released — most recently, “Push My Luck.” However, the first four listings have yet to be heard, including “The Reaper” featuring Amy Shark, and “See the Way” featuring Sabrina Claudio.

The album is dropping December 6th  Disruptor and Columbia Records.

See the full tracklist below and check back here to listen!