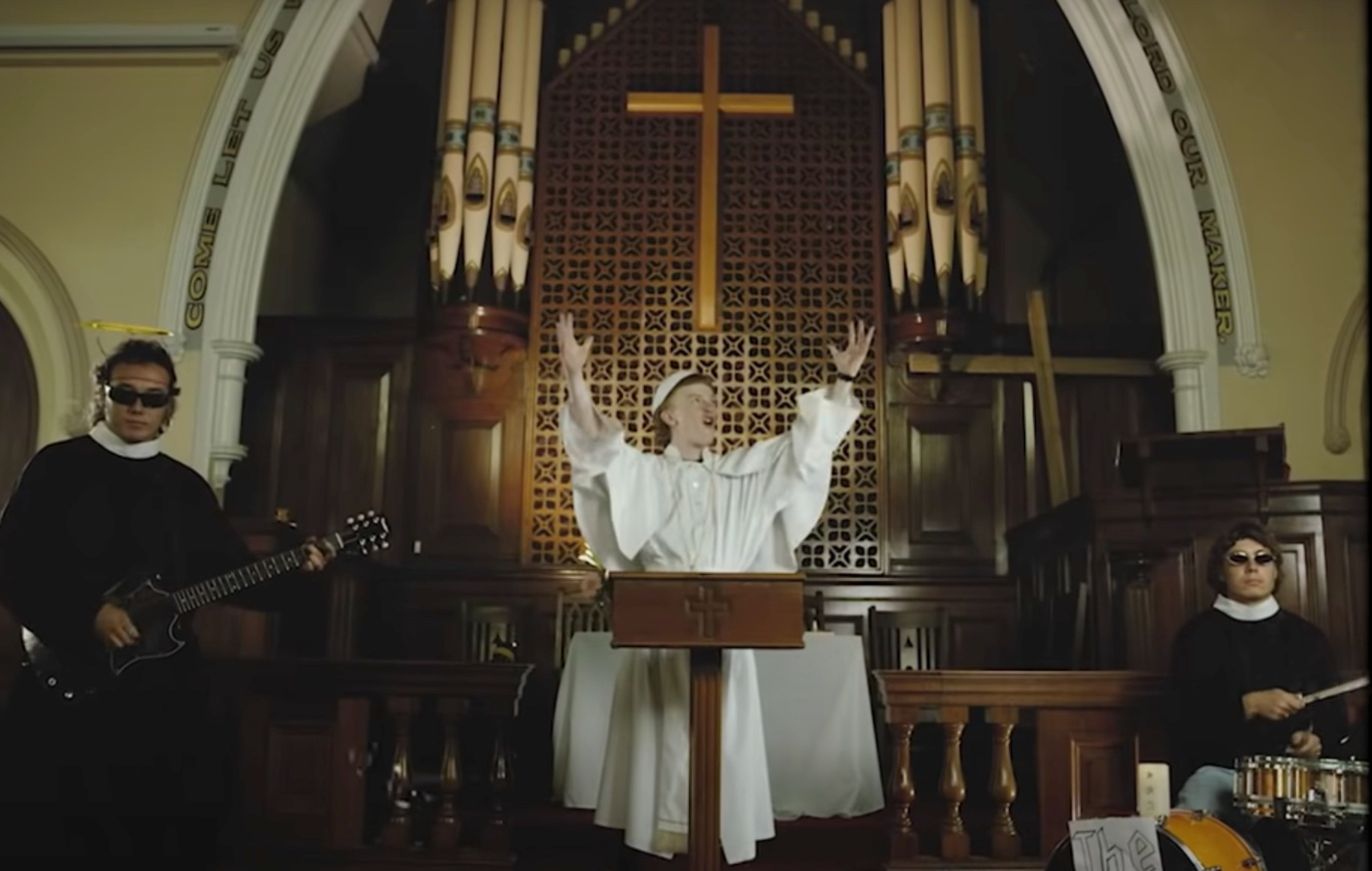 The Chats have returned with a new single, ‘AC/DC CD’.

The track, released yesterday (November 7), is the Australian trio’s first new music since the release of their debut album, ‘High Risk Behaviour’, in March.

The video sees the trio pay homage to three of the titular band’s most famous clips: ‘Let There Be Rock’, ‘Thunderstruck’ and ‘It’s a Long Way to the Top (If You Wanna Rock ‘n’ Roll)’.

In a statement, vocalist Eamon Sandwith discussed his long-running love for AC/DC: “When I was 10 years old my dad took me to the Sanity in Logan and I purchased my first CD with my own money, which was ‘Back in Black’ by AC/DC. I was utterly blown away at how hard this band could rock, and I played it in the car every day to and from primary school.

“I still fucken love Acca Dacca so I wrote this song as a tribute to one of the world’s rocking-est bands.”

The Unknowns’ frontman Josh Hardy stands in for guitarist Josh Price in the video. The Sunshine Coast band are signed to The Chats’ label, Bargain Bin Records. The video also stars a cameo from Sandwith’s grandmother.

The Chats have been forced to postpone their album tour for ‘High Risk Behaviour’ multiple times this year due to the coronavirus pandemic.

The band are currently set to tour Australia in May 2021; meanwhile, their UK/European tour was recently pushed back as far as 2022.

In lieu of touring, they recently teamed up with Built To Spill Wine to produce their very own boxed wine – AKA ‘goon’.

AC/DC themselves, meanwhile, will release their new album ‘Power Up’ on Friday.