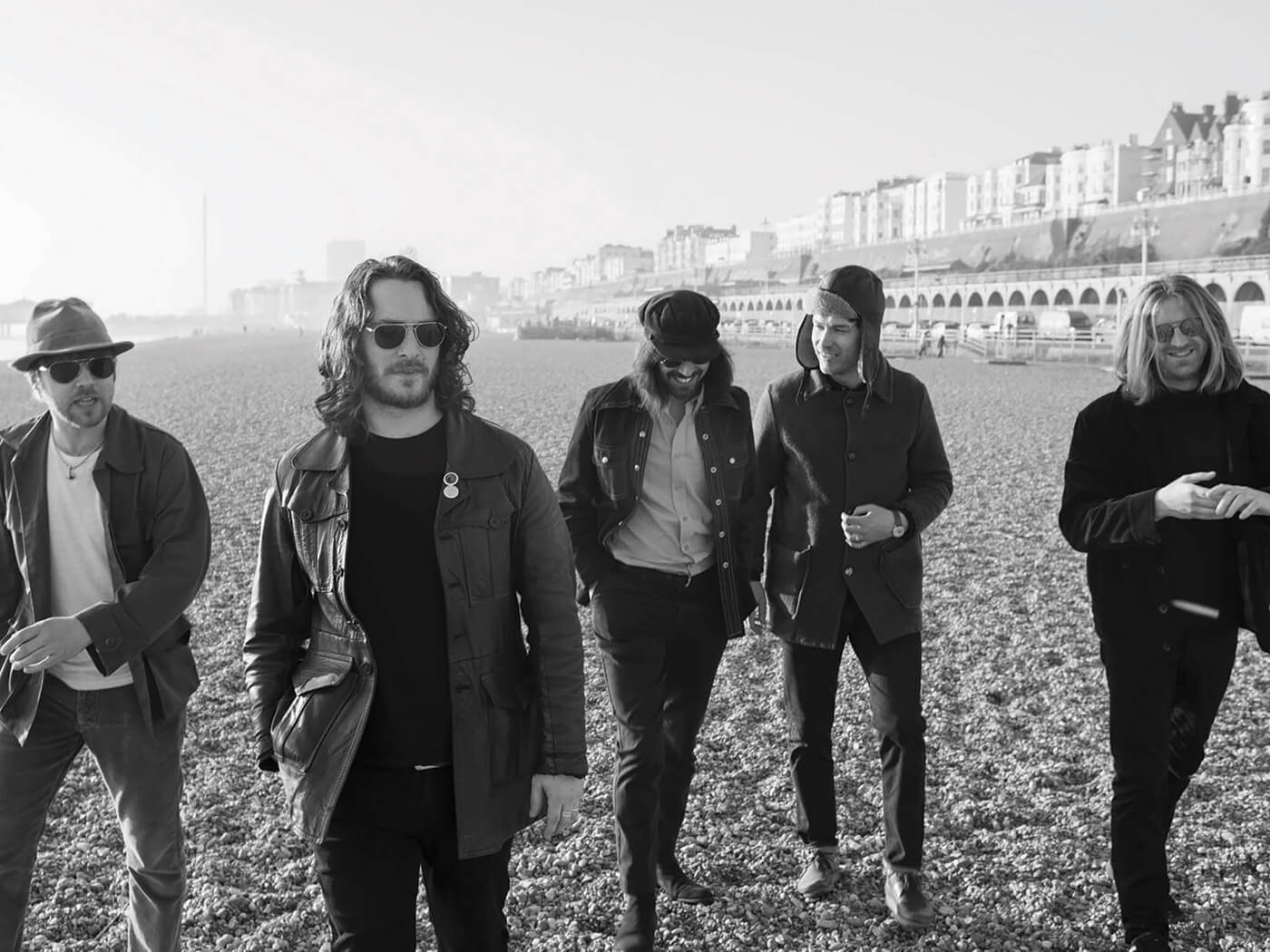 The Coral – The Coral

Time has a way of smoothing the rough edges of songs, sanding down what was once shocking until it feels safe. Some moments are curiously resistant, though: The Beatles’ “Revolution”, say, its stinging fuzz still as unhealthily exciting as it must have been almost 54 years ago.

The Coral’s “Skeleton Key”, too, has proved rather hardy: the first proper taste of their self-titled 2002 debut, it combined unhinged Beefheart clatter with shanty chants and a space-rock middle-eight seemingly beamed in from a post-Syd Floyd album. Oh, and a jokey disco-funk coda in which the band seem to shout-out kids TV series Byker Grove. The mixing of these elements isn’t noteworthy in itself, but the way the sextet managed to make the result feel so natural and cohesive certainly is.

The Coral were in their late teens or early twenties by this point, and had been playing since the late ’90s, feverishly handing around music – Safe As Milk and Forever Changes were two big favourites – and joints. Alan Wills formed the Deltasonic label primarily to release their early stuff, and debut single “Shadows Fall” appeared in July 2001, with the NME immediately championing them. If they were part of the ‘New Rock Revolution’, though, they were outliers: “Shadows Fall” mixed psychedelic dub, monastic harmonies and Shack melodicism with a swing-jazz middle-eight at a completely different tempo.

After “The Oldest Path” EP, their debut arrived in July 2002. “Skeleton Key” is – of course – the weirdest thing on it, but other cuts at least match its ambition and sense of adventure, if not the sonic maelstrom. “Wildfire” is packed with tiny sections that other bands might have expanded into full songs; “Waiting For The Heartaches” moves from a jazz and bossa nova verse to a garagey, fuzz-toned chorus; “Goodbye” spices its Gregorian Merseybeat with a 90-second break of freeform, interstellar psych.

These recordings have an unusual, crystalline sound – even more pronounced on this 2022 version – with each player sounding strangely separated from the rest even though much of it was recorded live: a result, James Skelly tells Uncut, of wanting to crossbreed The Beatles with Dr Dre’s 2001. It works, too; Nick Power’s single-note organ lines are a sonic trademark across the record, with Bill Ryder-Jones’ echoed lead guitar and Lee Southall’s glassy Telecaster riffs just as hooky. Skelly’s voice is a wonder throughout, from the soulful roar of “Dreaming Of You” and the high, tender coo of “Simon Diamond” to his McCulloch-does-Walker croon on closer “Calendars And Clocks”.

The latter is the most mature moment on the record, written by Skelly after the band went tripping on a Wirral beach. It’s very Arthur Lee, majestic and melancholy, even as it moves into swampy spaghetti western and then a gorgeous, acoustic lull. This being The Coral, that moment of transcendence is followed by the hidden “Time Travel”, diseased conspiracy-theory dub that morphs brilliantly into something like Bob Marley’s “Get Up Stand Up”.

The album now comes with a second disc of EP tracks, B-sides and previously unreleased cuts that really showcase their range and point to the future. “The Oldest Path” EP’s freakbeat title track hinted at “Skeleton Key”, but the other songs presented the acoustic style that would come to dominate their sound in the years to come. “God Knows” is especially good, capturing their juvenile high jinks over a mournful shuffle and melodica.

“Dressed Like A Cow”, from the “Skeleton Key” EP, descends into psychedelic madness before exploding like Love’s “Seven And Seven Is”, while “Sweet Sue” is a soulful stomp delivered with lysergic glee: 20 years on it sounds like pure, unadulterated Coral, a fine distillation of their tricks and tics.

Two previously unreleased tracks from the sessions round things off. “She’s The Girl For Me”, a mid-tempo lament with jangling guitars and unsteady horns, is a little vanilla, but points the way to the classicist Roots & Echoes five years later. Spacey ballad “Tumble Graves”, however, written by drummer Ian Skelly after that fabled beach trip, captures the magic and mystery of their early days. It’s astonishing that it’s remained buried for so long.

Despite some brilliant later records, including 2003’s UK No 1 Magic And Medicine and last year’s Coral Island, the group have not managed to equal the boundless invention of their debut, its EPs and singles. A special kind of sorcery was at work then, an unrepeatable alchemy of youthful naïvety, potent influences and cheap weed. The results? As a voice mutters at the end of “Sweet Sue”, “fucking mega”.