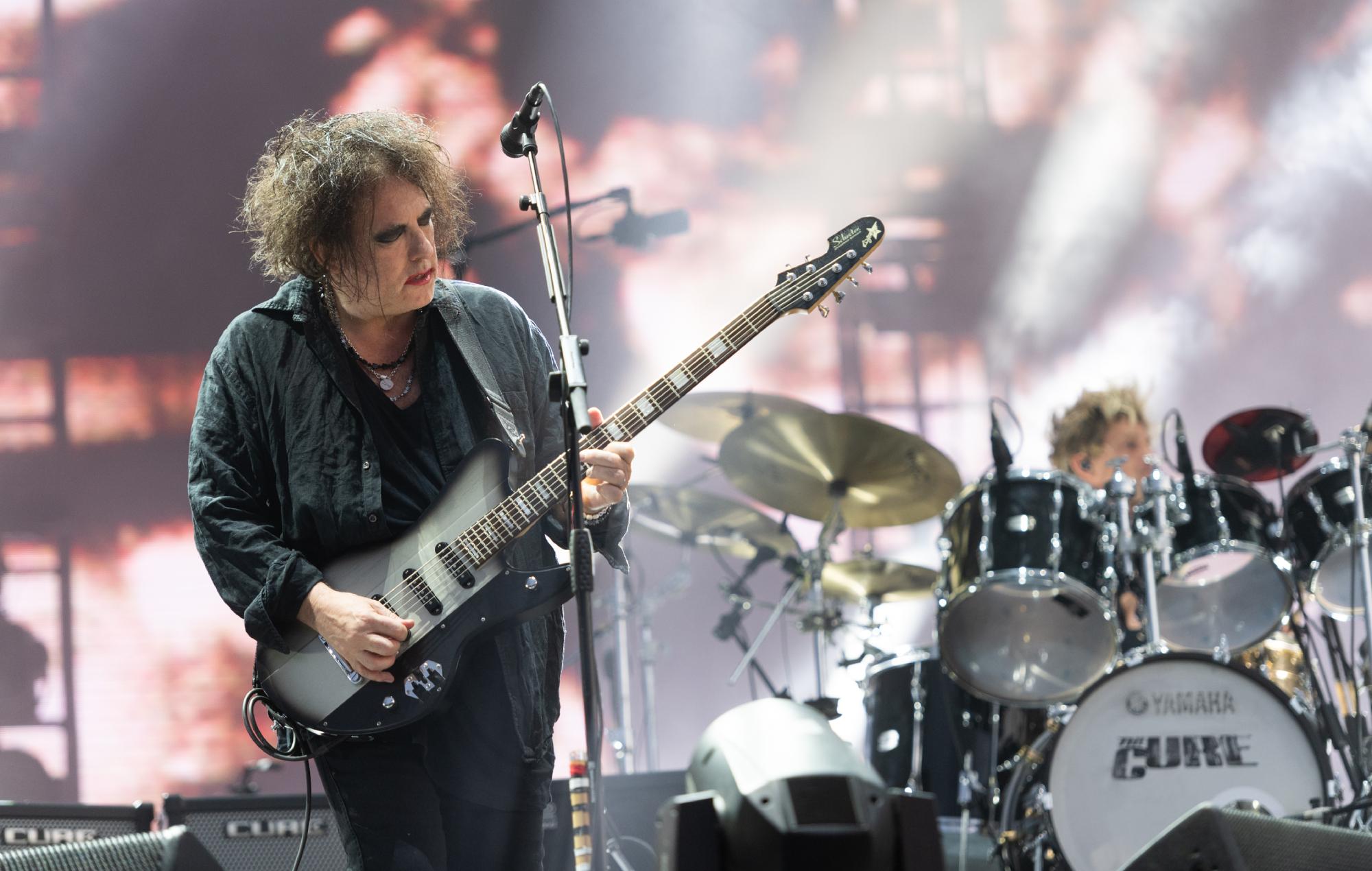 The Cure have shared details of a new charity band t-shirt that provides support for Ukraine amid Russia’s invasion of the country.

Blue-and-yellow-coloured t-shirts bearing the band’s logo are now available to purchase for £20 here. The hues reflect the colours of the Ukrainian flag.

All net proceeds will go to the United Nations High Commissioner for Refugees (UNHCR), a UN agency mandated to aid and protect refugees. Purchases of the round neck and v-neck shirts also come with a free band badge.

The Cure’s decision to donate profits to help Ukraine’s cause comes as other acts have done similar in recent weeks. Massive Attack announced plans to sell off new artwork to help victims of the conflict, while Bob Geldof, Chrissie Hynde and more played the ‘Night For Ukraine’ fundraising concert which happened last Wednesday (March 9).

WE HAVE JUST ADDED A BLUE/YELLOW LOGO T-SHIRT TO OUR OFFICIAL STORES – ALL PROFITS WILL BE DONATED TO UNHCR @Refugees – PRE-ORDER AT https://t.co/JPIxEAlwXE pic.twitter.com/mgKTl9qZ4D

The event was curated by Ukrainian-born group Bloom Twins, who also performed on the night. Speaking to NME recently, bandmember Anna Kuprienko said: “It’s important to strike for change. Now is the time for push for that. Post about it, go to the protests and talk about it. People think it’s just a Ukrainian conflict, but don’t even know what’s going to happen later.

Many figures from the music world have condemned Russia and shared messages of solidarity with the people of Ukraine over the past few weeks.

Elton John said he was “heartbroken” over the “nightmare” that civilians are facing, while Miley Cyrus called for “an immediate end to this violence”. Other acts to have spoken out include Yungblud, Foals and Young Thug.


Meanwhile, The Cure exclusively revealed the title of their forthcoming album to NME at the NME BandLab Awards 2022 earlier this month.