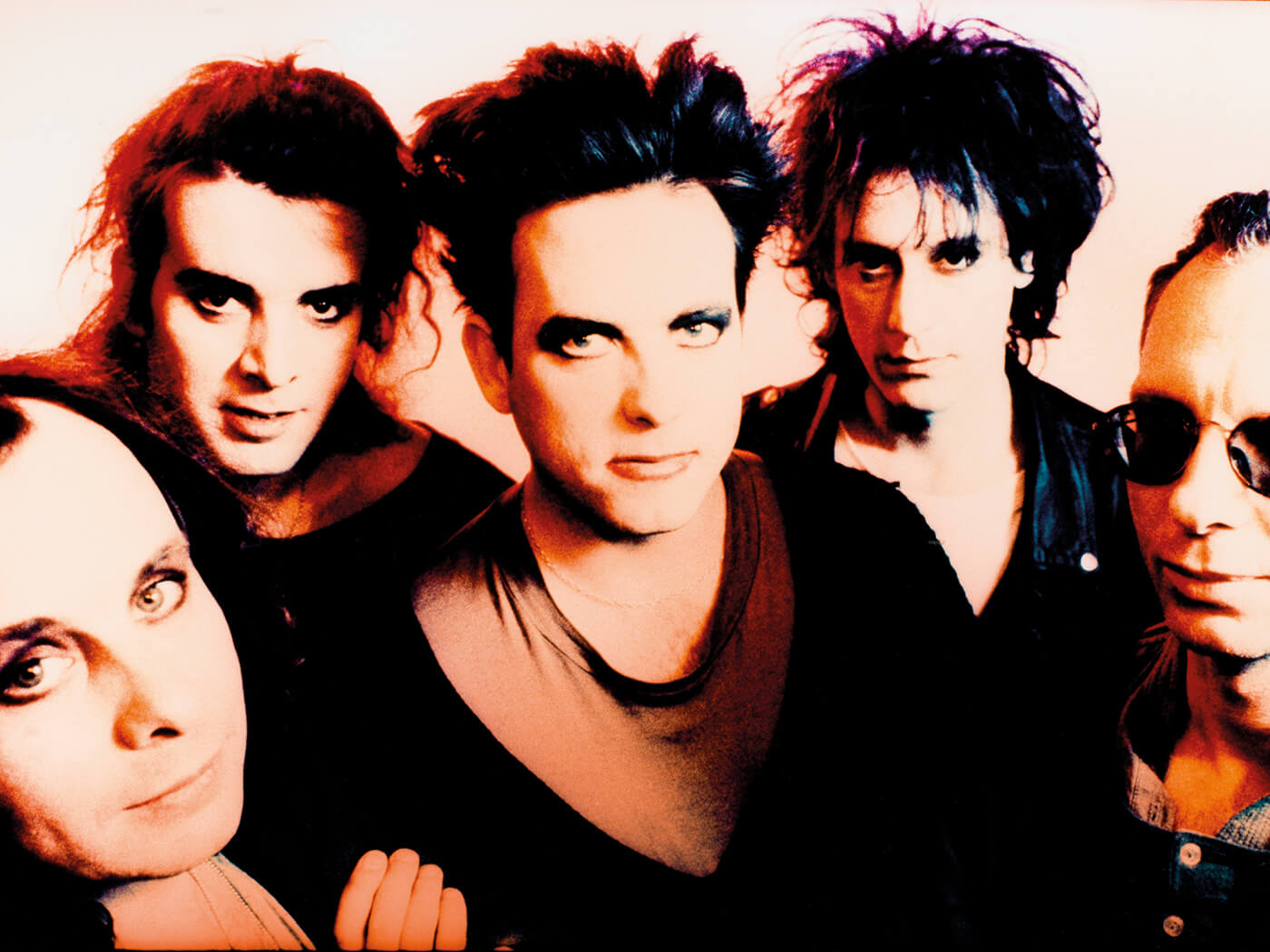 The trouble with a masterpiece like Disintegration is that at some point you have to follow it up. Released on Robert Smith’s 33rd birthday – April 21, 1992 – Wish turned out to be the perfect mix of light and shade. Any gloomier and The Cure would have been accused of milking the misery when there wasn’t much around – Disintegration had been wildly successful, establishing them as a stadium act around the world, despite Smith’s best intentions – and they’d already let their hair down with 1990’s irreverent (and prescient) remix collection Mixed Up. Indeed, it was while recording Mixed Up’s lead single “Never Enough”, slathered in Porl Thompson’s guitar, that Smith remembered how much fun playing together as a band could be, especially now Lol Tolhurst was out of the picture.

In this blithe spirit, and armed with 18 months’ worth of ideas, the band headed to studios in Cornwall and the Cotswolds where they demoed around 40 songs, before settling in at Richard Branson’s Manor Studio in Oxfordshire in September 1991 to record the material that would make up Wish and its excellent B-sides. Smith had intended to make two albums, a poppier one called Higher and a slower, atmospheric and purely instrumental one titled Music For Dreams. At the Manor, this coalesced into the dozen tracks that form Wish, an album that stylistically nods more to Kiss Me Kiss Me Kiss Me than  Disintegration in its diversity, yet perhaps inevitably lacks the exotic allure or sense of danger of the 1987 LP.

By 1992 The Cure had become part of the establishment, to Smith’s horror and amusement, winning Brits in ’91 for best British group and best video, and Wish was received accordingly, reaching No1 in the UK and 2 in the US to become their bestselling album. To make matters worse, the giddy rush of “Friday I’m In Love” became a colossal hit just as their biggest world tour began – but when the Wish campaign ended, things were never really the same again for The Cure. The momentum slowed, perhaps they’d peaked, and Smith, while not running out of ideas, struggled to connect on 1996’s Wild Mood Swings while Britpop ran riot.

Wish, their ninth album, is generally regarded as the final instalment of their imperial phase, an untouchable run that starts with 1980’s Seventeen Seconds and sees Smith reinventing The Cure in wonderful ways with each new release as their fanbase swells. What makes this 30th-anniversary edition so interesting is that it includes 24 unreleased demos, all instrumentals – as well as the four mixed songs previously released on Lost Wishes, a rare, fans-only 1993 cassette – which give some idea of the direction the band could have taken at the time, or finished off for a follow-up in ’93 or ’94, had the cards been stacked differently. Significantly, these are, we assume, the last recordings from that golden ’80s era by the classic Cure lineup of Smith, Thompson, bassist Simon Gallup, drummer Boris Williams and keyboardist Perry Bamonte, and even though these are demos, it’s still a thrill to hear them playing these songs together.

Referring to this reissue earlier in the year, Smith mentioned the number of Gallup demos which remained instrumentals “purely because I couldn’t think of any words for them. That’s really sad, as some of them were really great.” Given the prominence of Gallup’s bass, it seems the sugary swirl of “Now Is The Time” and “Miss Van Gogh” are his, while “Abetabw”, a kind of The Top-style mystic groove, is crying out for Smith’s howl. “Frogfish” is goofy, throwaway funk with sax and synth-flute, “Heart Attack” could be another “Never Enough”, invigorated by Thompson’s playing. The three “T” tracks – “T6”, “T7”, “T8” – hint at a more succinct version of Wish studded with Smith’s signature spiralling power-pop.

On the other hand, three songs from Lost Wishes – “Uyea Sound”, “Cloudberry” and “Off To Sleep…” – lean towards Disintegration’s enveloping sound palette in their meandering melancholy and sense of blissful yearning, while the fourth from that tape, “The Three Sisters”, barrels down “Fascination Street”, all white-knuckle guitars and prowling bass. Again, you wish Smith had found time to write words for them. There are also early versions of “Halo”, “A Foolish Arrangement”, “Scared As You” and “The Big Hand”, songs used as B-sides which could easily hold their own on Wish; has there been a better B-sides band than The Cure?

At some point, midway through the third disc, you hit the padding: the “Partscheckruf Mix” of “From The Edge Of The Deep Green Sea” doesn’t shed much new light on the Wish centrepiece, and an instrumental called “A Wendy Band” is a ponderous affair. Cure fans will already own the various mixes of “High”, “Open”, “A Letter To Elise” and “Friday I’m In Love”, but these are sympathetic versions and chime with Smith’s fascination at the time with the remix as a form of art. A visceral, nine-minute grind through “End”, live from Paris in 1992, closes proceedings and reminds you that when they go back to basics, there’s still nothing that sounds quite like The Cure.