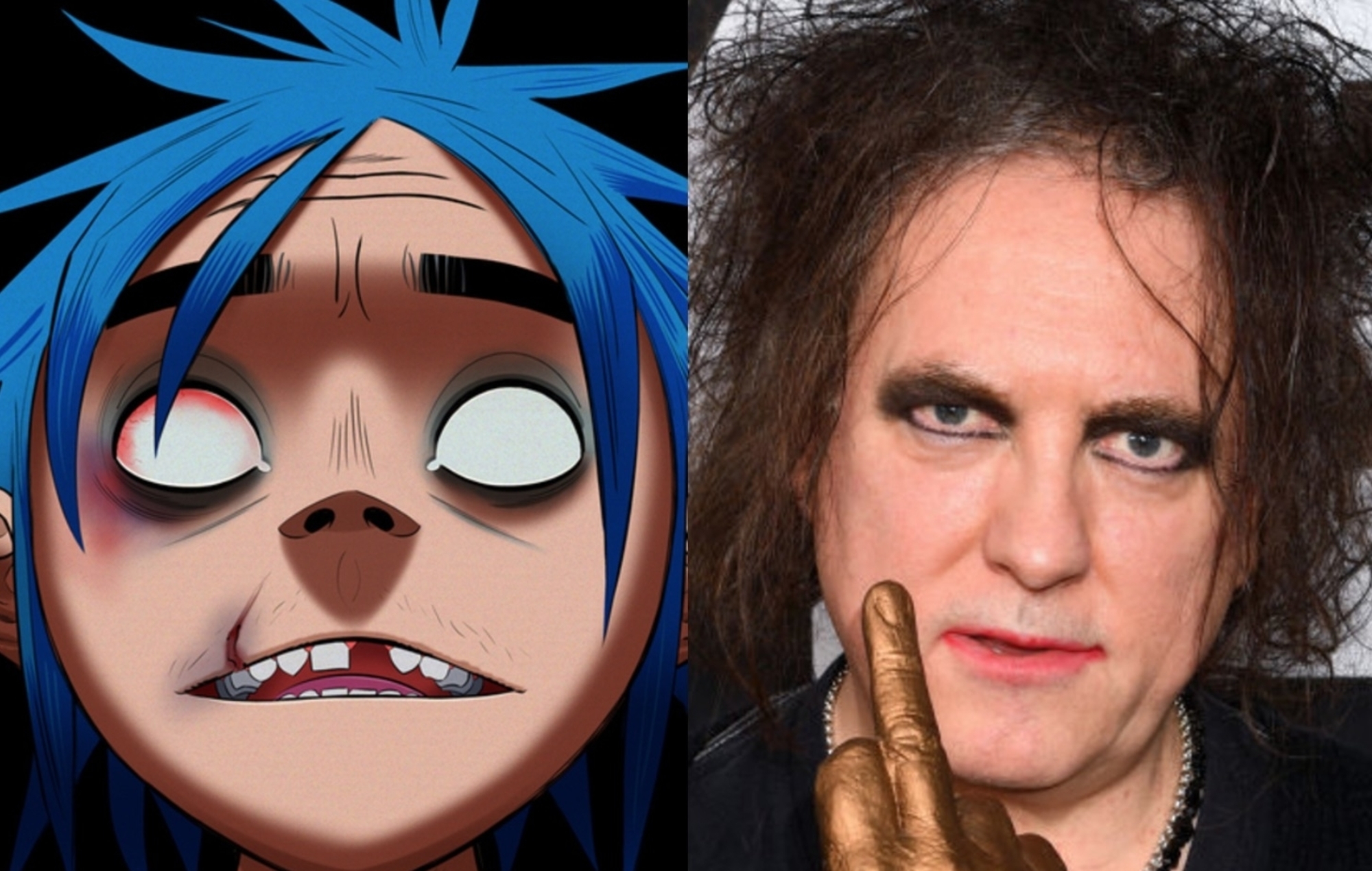 The Cure‘s Robert Smith has shared a teaser clip for his new collaboration with Gorillaz.

It will be the latest instalment of their ‘Song Machine’ series and follows the release of ‘PAC-MAN’, which features  ScHoolboy Q and was co-produced by Remi Kabaka Jr and Paul Edward Huston, aka Prince Paul.

Smith shared a brief clip of the collaboration on Twitter last night, which sees his vocals being contrasted against a video of the cartoon band performing in space.

It’s also been confirmed that the track will debut on BBC 6 Music from 4PM today.

Gorillaz are teaming up with a bunch of artists since announcing season one of the series in January. The 10-episode project to celebrate their 20th anniversary as a band has seen them collaborate with slowthai, Slaves, Fatoumata Diawara, Peter Hook, Georgia and Octavian.

They’ve also been working on another project in the form of their first hardback annual, which is set to arrive in October. The Gorillaz ALMANAC will feature 120+ pages of games, puzzles, new artwork and comic strips, published by Z2 Comics.

Last summer, The Cure frontman Robert Smith told NME that the band were looking to finish their “merciless” new album in 2019 – 11 years after its predecessor, ‘4:13 Dream’ — adding that it had the working title of ‘Live From The Moon’ and that it was one of three new Cure albums in the works.

Now, with fans still expecting the album The Cure‘s Roger O’Donnell recently spoke about the band’s long-awaited project, saying that it’s “going to be an amazing record.”