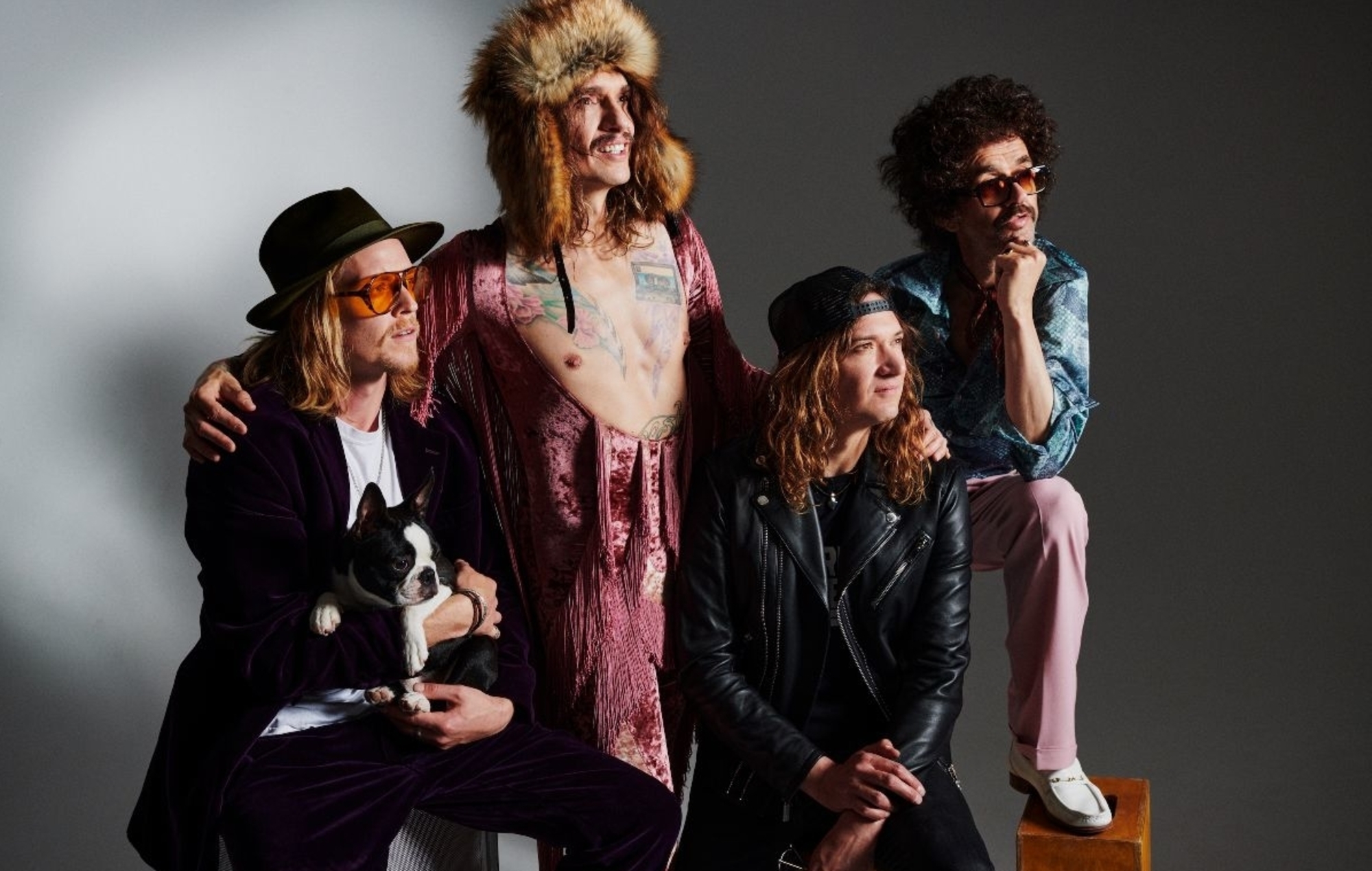 The Darkness have shared a new track called ‘Nobody Can See Me Cry’ – you can listen to it below.

It’s the second track to be released from the band’s upcoming new album, ‘Motorheart’, following the LP’s title track, which arrived last month.

Speaking about the riff-heavy single, frontman Justin Hawkins said: “‘Nobody Can See Me Cry’. It’s devastating. I yearn to be seen. On this I’ll settle for being heard. Listen to this song, it’s brilliant. I should know, I sang it.”

‘Motorheart’ is set to be released on November 19 via Cooking Vinyl. You can pre-order the record here.

The group have also announced details of a 22-date headline tour in November and December 2021. Tickets for the gigs are available here and the full list of tour dates can be seen below.

Speaking about the tour last month, Hawkins said: “The time has come, the walrus said…to put your fookin pants on your head and rock like Satan is eating your private parts with a pointy fork! Yes, we, The Darkness, are the fuck back on tour, praise Satan’s better half…come and party with us like it’s the last orders at the last chance saloon.

“Which it may well be, but I wouldn’t like to comment any further on that. Get in kids, it’s the Darkness, wot you knows and luvs, plus British Lion – Steve Harris’ top rock band who are guaranteed to blow your socks straight up your welcoming arses. What a night! Delirium! Outfits, including hats! Denim that smells of hamsters! Who doesn’t want that? See you down the front, connoisseurs of the finest that life has to offer…”