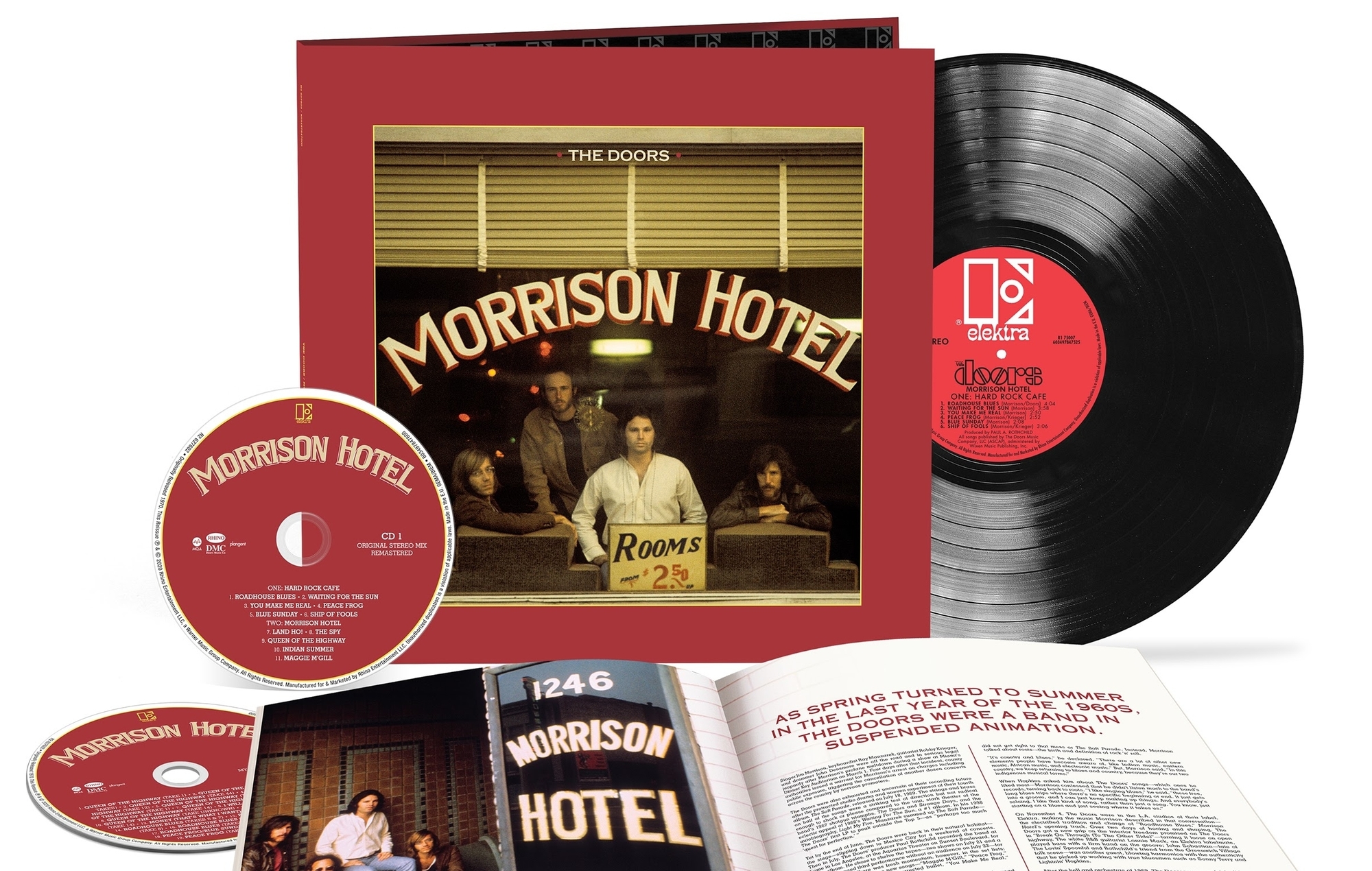 The Doors’ ‘Morrison Hotel’ to be reissued for 50th anniversary

‘Morrison Hotel’, the fifth studio album by The Doors, is getting a reissue to celebrate its 50th anniversary.

Due to arrive on October 9, the double CD/LP deluxe edition of the acclaimed 1970 album will contain the original record newly remastered by the band’s longtime engineer and mixer Bruce Botnick. It will also include over 60 minutes of unreleased studio outtakes.

“There are many takes, different arrangements, false starts, and insightful studio conversations between the band and producer Paul Rothchild who was in the control room. It’s like being a fly on the wall,” Botnick said of the reissue.

Previewing the 2020 remastered album, previously unreleased takes of ‘Peace Frog’ and ‘Blue Sunday’ have been shared. You can hear it below.

Meanwhile, it’s been announced that David Bowie‘s 1975 album ‘Young Americans’ will be receiving a limited edition vinyl reissue in celebration of its 45th anniversary.

Due to arrive on September 18th, the reissue of Bowie’s self-described “plastic soul” album will be pressed on “brick and mortar” gold-coloured vinyl.

Drawing heavy influence from a number of Black musical styles, the album peaked at Number 2 on the UK album chart and earned gold certification in both the UK and US.