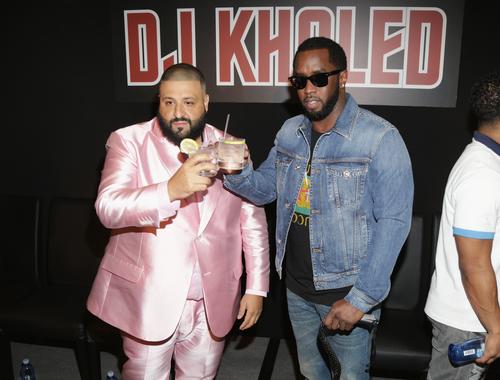 A couple months ago rumours were going around that Diddy and DJ Khaled were in talks becoming judges on a reality T.V. singing competition. The reports have ficially been confirmed since the duo are readying fans for their new role on The Four: Battle for Stardom’s series premiere tonight on FOX.

Diddy (Love), Khaled, Meghan Trainor and label executive Charlie Walk will judge a number contestants who will sing their heart out for a chance to be labelled as the winner, in a competition that will launch them into their own music career.

Diddy, who also acts as executive producer, tells The Hollywood Reporter how important this show is as it invites all likes musical genres. He adds that past singing competition series “never invited hip-hop and never really invited R&B.”

“We live in a culture right now that those two formats are so important to everybody’s everyday way life. For me, it was a chance to come in, diversify the landscape what’s going on in these shows,” he says. “I love great TV, I love great entertainment, and once you add that competitive aspect, that’s a different attitude than just trying to fit in and be America’s next pop star where you are selfishly going after your dream. I think that us having a platform for hip hop, R&B, pop music, and Latin music, too, right now especially — something I’m extremely excited about is the chance to find a next male or female Marc Anthony.”

Fergie is set to host the series that airs tonight on FOX at 8 PM. Will you guys watch?