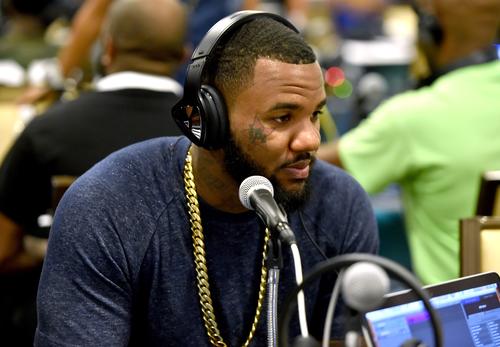 The Game's Father Passes Away At 65 Years Old

The Game has always mentioned growing up in Compton throughout his career. He’s also touched on his family life prior to having his own kids including his relationship with his father. Today, some unfortunate news has broke. The Game’s father, George Taylor, has passed away.

RELATED: The Game Buys A New Lamborghini, His Mother Doesn’t Understand Why

The Game’s father has died at the age 65, according to TMZ’s report. They say his father passed away unexpectedly in his sleep earlier this morning. The rapper’s father was reportedly found unresponsive in his Apple Valley, CA home earlier today by a family member. His father’s neighbor was told about his death by the family member and immediately called the police.

Around 8:30 this morning, the Fire Department arrived at his home and found that he was unresponsive. They brought his body to the hospital where he was confirmed to be dead. At this point, his death is being investigated at the coroner’s fice but the report says it doesn’t look like there was any sort foul play involved.

The Game has openly spoke on his father on numerous occasions but it seems as if their relationship was strained since he was young. George and Game have allegedly had an on and f again relationship throughout his adulthood but it’s unsure where there relationship stood in recent times.

The Game has mentioned his dad in his music in the past, most recently on Blood Moon: Year Of The Wolf cut, “Bloody Moon.”

We send our thoughts and prayers to The Game and his family during this time.