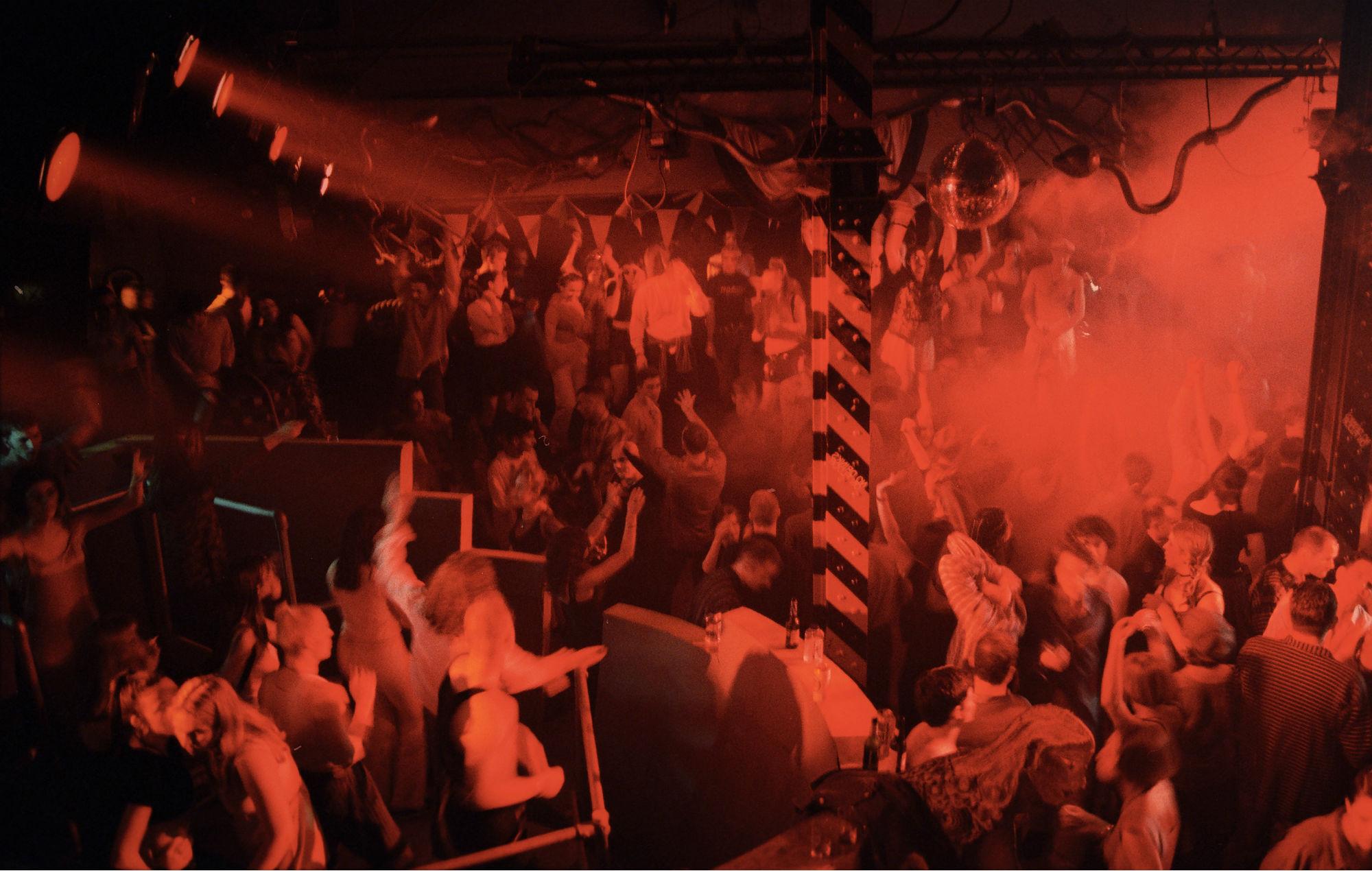 Iconic club The Haçienda have announced a one-dayer at London’s Tobacco Dock for Easter 2021.

FAC51 The Haçienda became legendary in the ’80s and ’90s as an integral part of the Factory Records story, as a central point of the Madchester scene, and with the rise of acid house and rave music. Originally conceived by Rob Gretton, the club was famously mostly financed by the income of New Order and was driven by the ingenuity of Factory boss Tony Wilson. It made little money, but a lot of history.

Now, after some seeing a resurrection over the last two decades of successful clubnights and the launch of Haçienda Classical with the Manchester Camerata and some virtual livestreams during lockdown, The Haçienda will be heading to Tobacco Dock in the capital for an all-dayer on Good Friday next year.

The Great Gallery of the venue will be hosted by The Haçienda’s clubnight Nude and feature Masters At Work (Little “Louie” Vega and Kenny Dope Gonzales”), while The Car Park will be hosted by Hot and see Derrick May, Kevin Saunderson and Juan Atkins play across six hours and The Terrace will celebrate 30 years of the clubnight Flesh with a special guest to be announced.

“We thought it would be great to remind people of the true heritage of The Haçienda,” resident DJ Graeme Park told NME. “The Haçienda used to have these three very different, prominent, high profile nights. Nude on a Friday was playing obscure Chicago, Detroit and New York house music that went on to take over the world.

“There’s still a myth that the UK house scene is all down to three or four cockneys that down to Ibiza to discover it. That’s just not true at all. In ‘86, Nottingham, Birmingham, the Midlands, the Northwest and The Haçienda were playing all of this stuff. Then ’88-’92 were the halcyon days of that.”

He continued: “On a Wednesday, we had the Hot night. No midweek club night could be as successful as that. People would travel from miles for it. We also had Flesh too, and that was another enormous and hedonistic night – especially for a midweek gay night. Those three nights were really quite groundbreaking. We didn’t know how big they were going to be.

“If you told us that in 30 years time, we’d resurrect the Nude night for a new generation we wouldn’t have believed you. I’m sure that at Tobacco Dock we’ll have people who went to the original Nude, Hot and Flesh nights who’ll come down – but I’m also positive that we’ll get a whole generation of clubbers who were born after the Hacienda closed who’ll be coming down to experience what it was like.”

Speaking of The Haçienda appealing to a new generation, Park said: “We’ve noticed the crowd getting younger and younger as the nights get more contemporary. There are a lot of young kids who are into dance music, love the vibe, and follow the thread back to the Hacienda, Chicago and Detroit.

“Of course, they’re going to want and come and see the original DJs in the flesh. All roads lead back to acid house, Manchester and the second summer of love in ‘88.”

Haçienda At Tobacco Dock takes place on Friday April 2, 2021 from 12pm-10.30pm. There will be a pre-sale for tickets from Thursday September 10 at 12pm before going on general sale from 12pm on Friday September 11. Visit here to register for tickets.