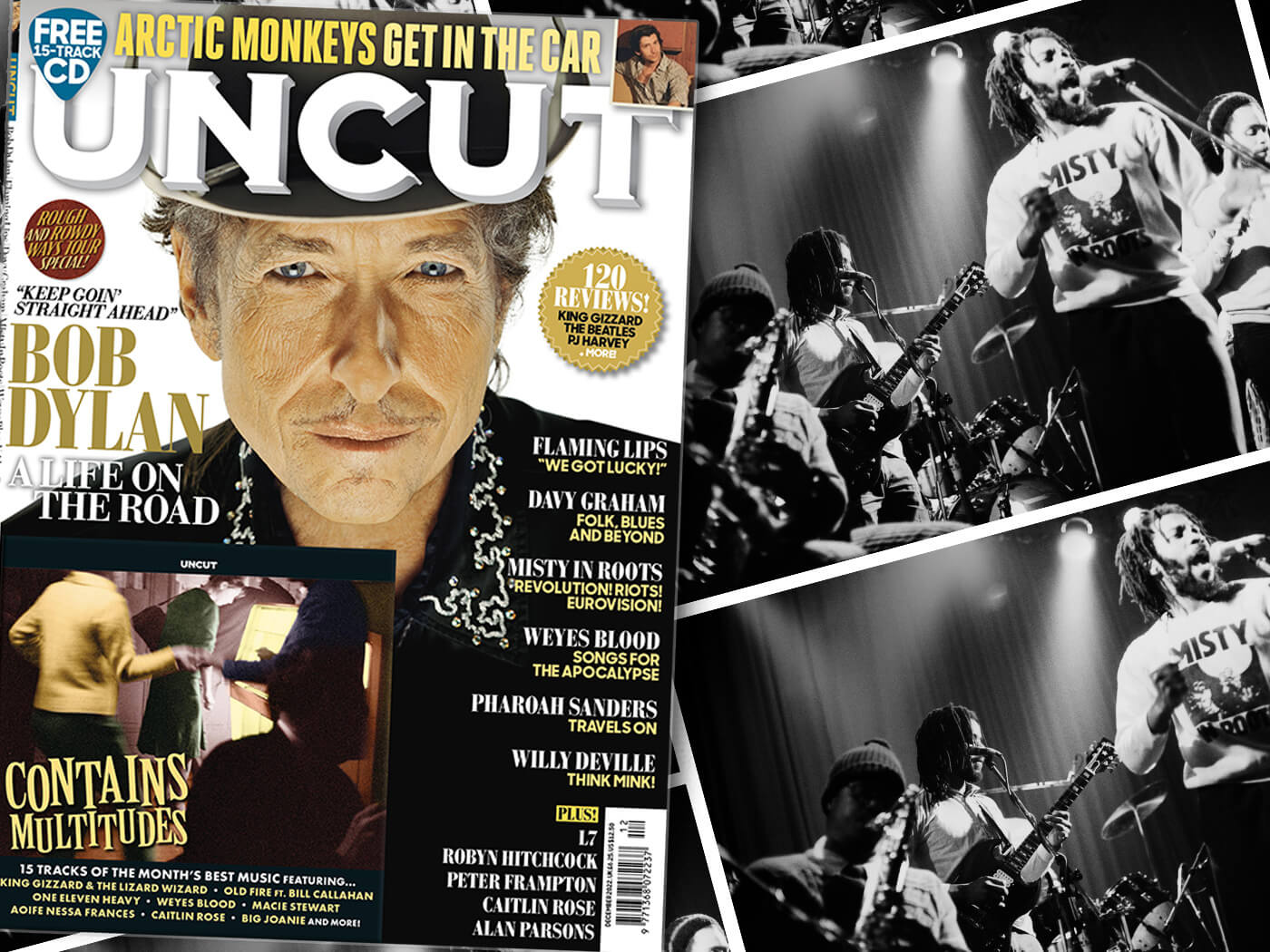 Emerging from their west London squat during the racially charged late ’70s, they battled inequality and injustice through their powerful “progressive protest music”. They went on to record one of the greatest live albums of all time, enjoy the patronage of John Peel and Pete Townshend, and become the first British reggae group to play in Russia – before relocating to a farm in Zimbabwe. All while they endured trauma and tragedy whose scars can still be felt to this day. This, then, is the remarkable story of MISTY IN ROOTS. “The music is our legacy,” they tell Dave Simpson. “It will outlast all of us.”

Find the full story in the latest issue of Uncut magazine – in UK shops from Thursday, October 13 and available to buy from our online store.

It is Friday afternoon in Southall, west London. Cars pass along the high street while the shops bustle with customers preparing for the coming weekend. It is a typical suburban scene in early August, in other words. But it wasn’t always this way. Watching all this is Poko, singer with Misty In Roots, who remembers exactly how Southall looked 33 years ago.

“This was one end of a no-go area set up by the police,” he says, brow furrowing as he gestures towards the traffic. “No-one could come down this road at all.”

Fatefully, Misty In Roots lived just outside the police cordon, in a squat at 6 Park View Road. The house was also the base for their community organisation and record label as well as providing a rehearsal space for around 40 local musicians. On April 23, 1979, however, it became the place where a community came together to defend itself.

“There were police horses everywhere,” Poko recalls, with palpable emotion in his voice. “Special Patrol Group in riot gear. There was no way to get out, so everyone came inside… the organisations, the politicians, Indians, local lawyers, everybody. Then police let all the politicians out, then all the white people, then the Indians. Then they went inside and beat up all the black people. It was a free-for-all. They smashed up all our equipment, destroyed all our records and beat everybody up.”

The events at 6 Park View Road were the culmination of a long day of violence. Earlier,
the National Front had held a demonstration in the centre of Southall, one of the most racially diverse areas in London. A petition to stop the meeting had received 10,000 signatures, but was unsuccessful, so 2,750 police officers had been deployed to protect the far-right party’s right to assembly, in the face of around 3,000 community and Anti-Nazi League protestors. In the ensuing clashes, 345 people were arrested and charged. Thirty-three-year-old special needs teacher Blair Peach was struck on the head and later died in hospital. Misty In Roots manager Clarence Baker was truncheoned, suffered a fractured skull, spent five months in a coma and was lucky to survive. Co-manager Chris Bolton – a white man – was also beaten. As the Daily Telegraph later reported, “Nearly every demonstrator had blood flowing from some sort of injury.”

Evidently, the events in Southall had a huge impact on Misty In Roots. As well as the injuries sustained by their managers, organist player Vernon Hunt – a mild-mannered Guyanan who Poko insists “wouldn’t hurt a fly” – was jailed for six months. He was so broken by his experiences he never rejoined the band. Other members spent two years fighting what Poko insists were trumped up charges. “It destroyed the group,” he sighs. Their home was gone, too. After the protests, the council demolished 6 Park View Road (although today a plaque on the pavement honours the location). “But we rallied,” insists Poko. “Because we had to.”