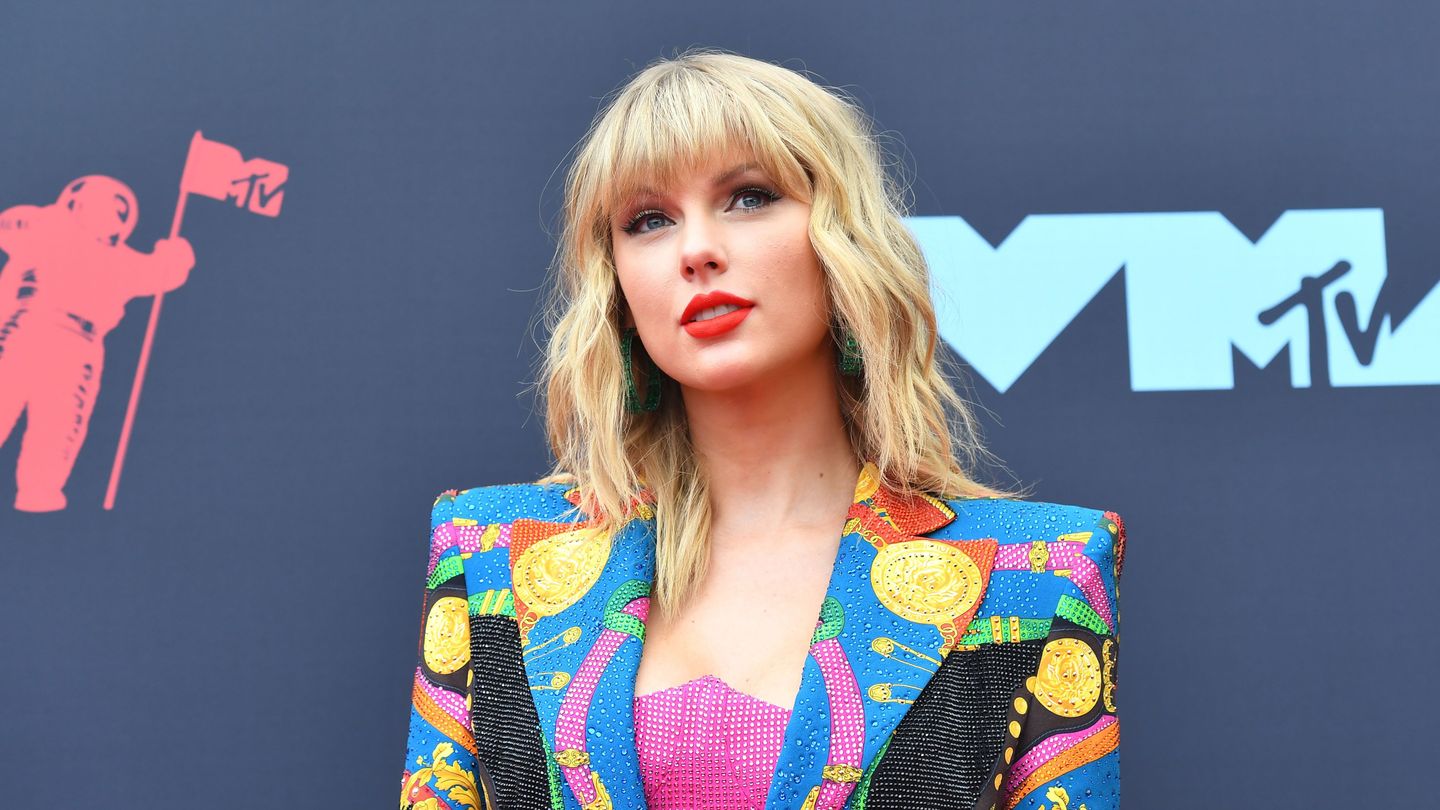 The Journey Of Becoming A Taylor Swift Fan In Your Thirties

“Well, I guess there’s no turning back,” a fellow thirtysomething late-adopting Taylor Swift fan named Jess Tantisook tells me over the phone.

She’s talking about discovering the 2020 album Folklore, but it’s impossible to discuss how we accidentally became Swifties without talking about the coronavirus pandemic, or reexamining the last two years fraught with anxiety, grief, and trepidation. “We’re all locked inside. If the world had looked different, maybe it would have passed us by.”

There’s this idea that by your thirties, you’ve more or less figured out your favorites — drinks, songs, artists. Most people my age have stopped “discovering” music and, in some cases, distanced themselves from youth culture as a whole. So to become a Taylor Swift super fan nearly a decade and a half after her debut album dropped — well, it’s fucking thrilling. It’s unique to come so late to a catalog that was written in the moment by someone going through often teenage experiences and emotions. Arriving without that immediacy requires a kind of youthful humility, or at least the ability to say to yourself: I don’t care, I like it.

The path to Taylor Swift, like coming of age itself, is not linear. To truly understand how this happened — and I maintain that in some ways becoming a Swiftie in my thirties happened to me — we must circle back to 2009.

I was graduating from college, getting ready to move to Nashville to take a teaching job. On rotation: Kings of Leon, Blind Pilot, and the new Fun singles. (It’s not lost on me that Jack Antonoff was planting seeds of my Swiftiedom even then.)

Jess was 24, living in Denver, listening to Ben Kweller, Matt Pond PA, and Good Old War. Jenna Vesper, a 36-year-old in Portland, was listening to Modest Mouse, Cold War Kids, and very committed to Pandora’s discovery radio. Michael Carey was 22, getting ready to move to Phoenix, riding a skateboard around his Ohio college campus.

“When you’re a dude in college bopping to Taylor Swift… that doesn’t exactly fit with the image I was trying to project,” Michael says, laughing. He was listening to Kanye West, Incubus, and Margot & the Nuclear So & So’s. I was still swooning over the Something Corporate songs I had loved when I was 17. Swift wasn’t really on any of our radars.

“We could have listed the girl bands we liked on 10 fingers,” Jess says. “We just didn’t listen to girls. I felt super drawn to male singer-songwriters.”

In hindsight, there was a lot of internalized misogyny wrapped up in my music taste at that time. I argued that Swift wasn’t talented. I thought she didn’t write her own songs — and yet I’d spent all of my teen years worshiping NSYNC, whose lack of writing credits I was willing to overlook. Or maybe I just didn’t care about the craft when I was 13 — either way, it’s a double standard I maintained for years.

Swift wasn’t on my radar not only because she was a country-music singer (the other Swifties I spoke to were also not big country fans) but because she was a woman. I was naive and myopic, shouldering exhausting anti-feminist sentiments that I wouldn’t fully unpack and unlearn until later, ignoring friends and bands simply because I thought I preferred the company and voices of men to women. You could say I had a bit of growing up to do.

“I knew ‘Bad Blood’ because I’d heard it on the radio a bunch,” Jenna tells me — trying to recall how familiar she was with Swift before November 2021. “And the one song I did download of hers a couple of years ago was ‘[You Need to] Calm Down’ because it’s so catchy… But that’s it, and I’m a queer person and I was like, this is cute.”

Michael — and I found “Love Story” first — while it didn’t make me feel anything, I thought it was catchy.

“The first Taylor Swift song I heard where I was like, oh my god, I kind of like this was ‘Wildest Dreams,’ Jess says. “I think it would have been a one-off, but then Ryan Adams covered that album and I thought: This is in my wheelhouse, let’s listen to the acoustic indie version of this.”

Jess would call this moment a “small permission” — an extension from the universe to change your mind about something, to like something you’re not supposed to. Or perhaps to enjoy music your younger self didn’t. Permission, in 2014, to give 1989 a listen.

Another tipping point: Taylor’s NPR Tiny Desk Concert in 2019. Historically an outlet reserved for smaller, up-and-coming bands as an intimate showcase opportunity, it provided the perfect inroad to an indie fan base and a slightly older crowd. I’d watched Local Natives perform on it. Michael had watched The National and Mandolin Orange. I didn’t realize major pop stars ever performed there.

I watched the Tiny Desk in Paris, overseas on a fellowship, reeling over my own stalled writing — a novel in progress strewn desperately across my desk while I streamed the performance on my work computer. She played “Death By a Thousand Cuts” (a personal sleeper favorite: Swift intent on writing a sad song even though she wasn’t sad at the time). I was listening to Lover’s sharp, sophisticated songwriting by this point; not only was she  finally willing to write about drinking and slipping more cursing into her lyrics, but she was in love—happy. Another song she performed at the Tiny Desk: “All Too Well.” I’d never heard “All Too Well” before, so it probably goes without saying that this is the moment in which I realize that I, for one, am fucked. Swift has me.

“I listened to that song because I listened to the Tiny Desk concert,” Jess says. “And then ‘All Too Well’ reminds me of a relationship in high school that is unresolved.”

Things started to spiral a bit. Folklore and Evermore came in 2020. Michael — whose wife is a longtime Swiftie — listened because of the production from The National’s Aaron Dessner. Jenna wasn’t on board yet. Jess likens Folklore to slipping into a great novel. I listened on repeat, walking laps in my East Nashville neighborhood. Taylor seemed to have gone full indie. I sunk fully into fandom. A YouTube rabbit hole, 1989 voice memos. Kaylor Tumblr posts. Fan accounts. A dinner party: No one said anything bad about Taylor but I shouted about her songwriting. The cardigan arrived in the mail; I treated it like a house shawl, draped over my shoulders like I’d knitted it myself.

By the time Red (Taylor’s Version) arrived in November, Jess, Michael and I were ready. Jenna had still not fallen all the way down the rabbit hole, but she would soon.

“I can’t believe for the last 10 years I’ve been walking around not knowing that Jake Gyllenhaal didn’t go to Taylor’s birthday party,” Michael says, referencing the backstory behind some of the most poignant cuts on Red. “It’s a real scarf!”

Swift, of course, had been building the hype for her re-releases well, as if she didn’t already have some practice in this arena. Somehow, I felt excited for an album that came out nearly a decade ago — everybody was. I canceled my plans one Saturday night to watch her perform on Saturday Night Live. The rumored 10-minute “All Too Well” version was coming, short film and all.

“Watching that video, the ‘All Too Well’ short film, on Friday night — I came home from the Free Britney rally. I didn’t know shit, didn’t know it was going to be 10 minutes long. I watched it and was so livid at this man [who broke her heart] and the whole thing,” Jenna says.

“I like what it stands for,” Jess says. “It’s cool that she’s going the extra mile to be like, fuck the system… I can relate to all those things so it doesn’t seem silly. Same with Olivia Rodrigo. I’m not getting myself a drivers license, but I remember these emotions,” Jess says.

I remember those emotions, too. In 2012, some of my friendships were fraying, I hated my job and was picking up the pieces of a long-distance entanglement with a musician. In short: I was 25. My ex had gone overseas for several years and since returned — my first experience with the odd elasticity of time, that two years could feel insurmountably long and then suddenly disappear, and I’d managed somehow to move on. Swift intrinsically understood time like this since she was a teenager. I wish I’d gotten to know her earlier.

In hindsight, I don’t really know how I got through that era without “All Too Well.” I guess I had other breakup anthems, but I wish I’d had that one.

There is a feminist clarity in these re-releases, a fuck you to a male-dominated industry while Taylor simultaneously puts an arm around the younger versions of herself.

“I think my feelings about Taylor right now are so easy to jump into because of inhabiting the discourse about how Britney Spears was really wrongly treated by all of us. Because we do inherently treat things that girls like badly,” Jenna says.

We don’t often have much grace for our younger selves, either. This is what makes listening to Red (Taylor’s Version) so interesting, because Taylor doesn’t revise; Swift has said that songwriting is like putting a picture frame around a feeling you once had. I didn’t want to acknowledge (or frame) the romantic ideals I dreamed of when I was younger, but Swift has always been honest with us in her songwriting. She distills being young like few others can. She wanted a fairy tale as a teenager, but she was willing to admit when her views changed in later songs. That is perhaps the truest form of growth.

Even though her music wasn’t the soundtrack to our twenties, it will be the soundtrack to our thirties. Swift reminds me of the exact pain I need to pull from for my own writing, and yet I get to do it — as she gets to with these re-releases — with a decade’s worth of perspective. She had an ax to grind for the boys who broke her hearts; now she sends their babies presents. Is there some peace in listening to her re-record these earlier albums, knowing how the story ends?

Maybe, for me and these fellow late-blooming Swifties, Taylor Swift is like a friend you meet later in life — different than someone you’ve known forever, but just as important. You come to the new friendship with wisdom, and you have the chance to learn so much about each other’s past. The kind of relationships that are often more intimate when you have a decade of emotional maturity under your belt. It’s a companionship you’ve longed for, a saudade sentiment for something you didn’t know existed. And then it arrives, and nostalgia isn’t the right word. Gratitude, probably. Contentment, perhaps. Golden — as if you were tied together by an invisible string all along.