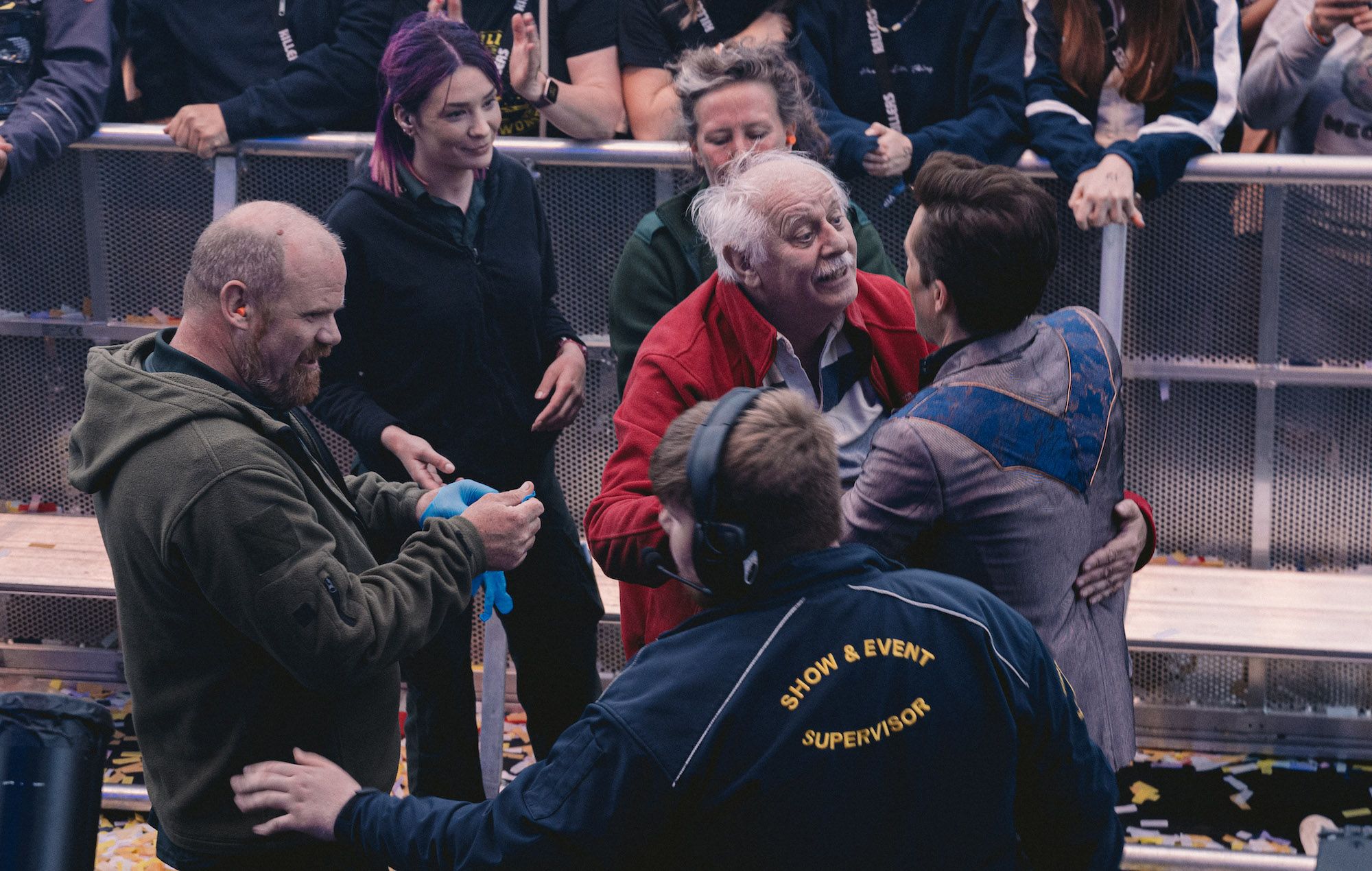 The Killers pause Manchester gig to check on elderly crowdsurfer

The Killers paused their Manchester gig last night (June 11) for Brandon Flowers to check on an elderly crowdsurfer.

The band were continuing their 2022 UK and Ireland stadium tour at the Emirates Old Trafford.

During the gig, Flowers spotted an elderly crowd member being taken over the barrier, and paused the show in order to check on the fan.

After putting his arm round the fan, Flowers told the crowd: “I said Billy what ya doin’?”

Per the frontman, the pensioner replied: “He told me ‘I’m enjoyin’ me self’.”

Billy the crowd surfer at The Killers tonight in Manchester🙌🏼🙌🏼 pic.twitter.com/Yr58toyH0g

The Killers’ huge tour behind recent albums ‘Pressure Machine’ and ‘Imploding The Mirage’ finishes up this week with two gigs in Dublin. See the remaining dates below, and find any remaining tickets for the tour here.

Reviewing the band’s London gigs at the Emirates Stadium, NME wrote: “It’s hard to say that any one act has been hard-done by during the pandemic’s touring pause, but few, aside from Taylor Swift, used the pause so well to their advantage.

“The Killers return wiser, smarter and with a pair of albums that show the full breadth of their capabilities. The returning tour will go down as one of their finest and most rewarding ever.”

The band were joined by a fan on drums at their Falkirk show this week (June 7). As is customary at many of the band’s gigs, a fan was picked from the crowd to sit behind Ronnie Vannucci’s drum kit to perform ‘For Reasons Unknown’.

As he told BBC News, 28-year-old Kyle Grieve – who drums for local Edinburgh band Retro Video Club – was at both of the gigs in Falkirk, on Monday (June 6) and Tuesday. At the first show, he held up a sign asking to play drums with the band. During the show, frontman Brandon Flowers pointed out the sign and said: “If you want to play on this stage, you have to mean business.”

On the second night, Grieve returned with a sign simply reading: “Tonight I mean business,” to which Flowers said: “Let him come up.”