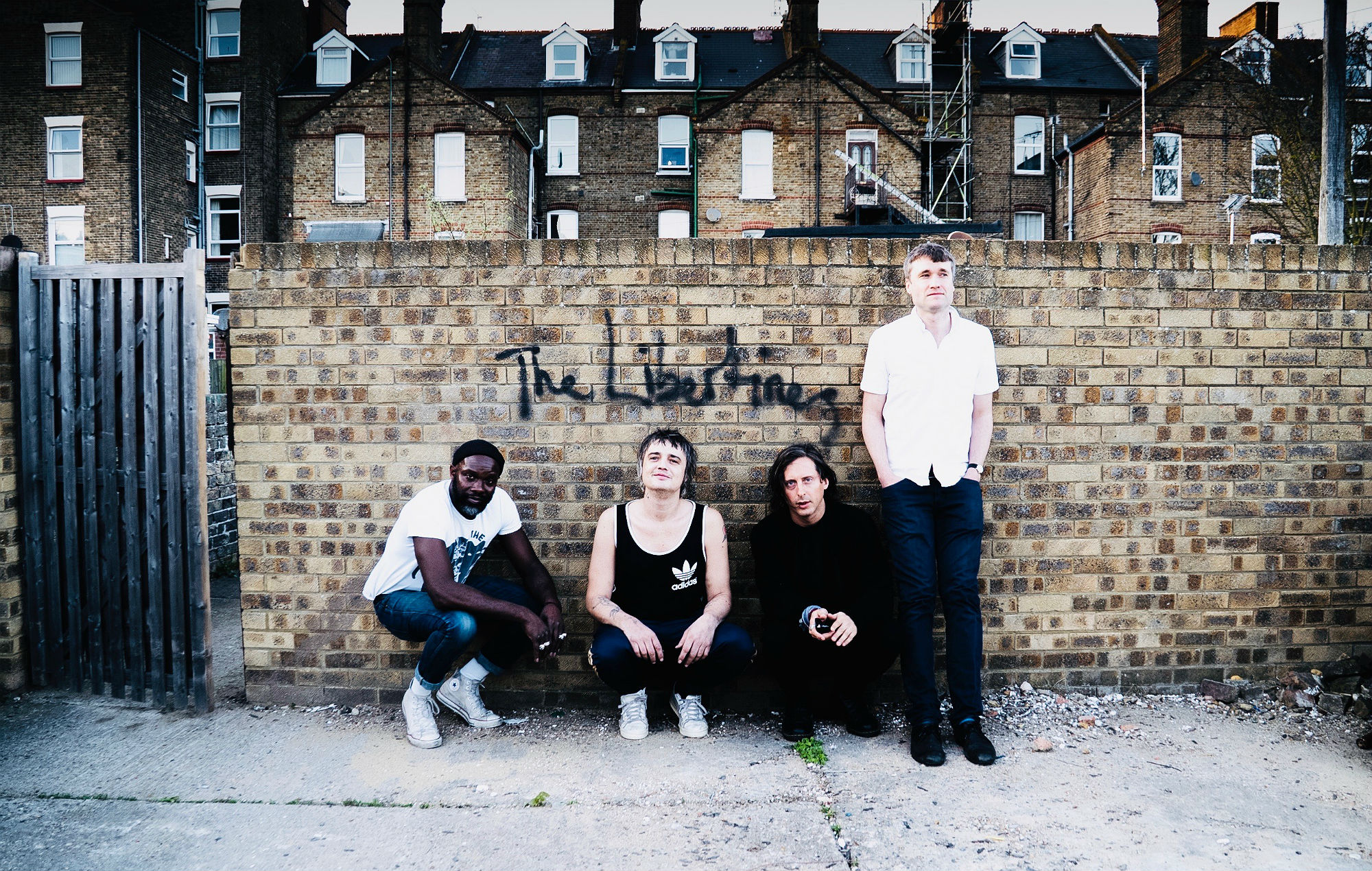 The coronavirus pandemic may have totally decimated festival season for this year, but it certainly hasn’t stopped the good ship Albion from sailing on. Next week, The Libertines will head up north for two outdoor shows at Newcastle’s Virgin Money Unity Arena – which opened last week as the UK’s first socially distanced music venue.

While it might be a million miles away from the chaos of a typical Libs gig, it could well be the only chance for fans to see the Boys In The Band in action this year.

Ahead of the shows, NME caught up with drummer Gary Powell to discuss what fans can expect, and how work is going on the long-awaited follow-up to 2015’s ‘Anthems For Doomed Youth.’

Hi Gary, how have these times of COVID and lockdown been for you?

“It’s been interesting! I’m the captain of the cabin anyway. My days before lockdown were pretty much spent in the studio by myself, so things weren’t that different when it came to that. But it was different to be locked down in the house with my wife and two kids, but at least I had company and a garden. It was alright but still pretty shit, in a way.”

The last time we spoke was at the NME Awards back in February. Even that feels like it took place in a different era.

“The NME Awards feels like another time! It’s almost like the time before lockdown is a figment of your imagination. We’ve been living in this lockdown period for so long that we now look around us and look at people with an air of, I’m not gonna say insincerity, but an air of caution in everything we do. We’re extra cautious, well at least anyone who has common sense is. If you’re not, well you’re just a bit of an idiot and you kinda deserve what happens – but the rest of us are looking around asking ‘Why aren’t you wearing a mask!’ and ‘Why are you standing in a clump! That’s not a bubble!’ That definitely wasn’t a conversation in January.”

Festival season is cancelled, but The Libertines are heading to Newcastle next week to play the UK’s first socially distanced music venue. It’s quite a contrast to the usual chaos you’d expect from a Libs gig…

“Well it is in a way, but I’ve been hit up by so many people who have told me that they’d much prefer seeing us this way. There’s the divide between them and the anarchists who come to our shows and want to see some kind of madness, in some cases they’re not particularly even interested in the musical prowess of the band, they’re just there for fun. But there are also the people who remember the madness of the first time round and now want to come and see our performance unfold on stage. Hopefully there’s going to be a large dynamic of those people at the show, as opposed to those who are just there to see something that’s so antiquated in the world we now live in.”

For a band that thrives off the energy of the crowd so much, do you think that social distancing is going to be a bit jarring?

“I think it’s going to be emotionally draining for everyone concerned. As you said, Libertines shows aren’t just about us. It’s not about how we perform on stage, it’s about that synergy with the audience – if they offer themselves to us then we can do the same thing. It’s a reciprocal arrangement, if you turn up to a Libertines show then you actually are part of the show and I think that’s what everyone gets off on. They feel part and parcel of the overall audience, it’s not a case of standing there and having a sing song.

“These shows will make that really difficult to purvey, but in this new world order we’re just going to be finding our feet together and that will be the good thing about it. As far as memories go too, what better way to enter this new era of what could quite possibly be the future of gigging?”

Any chance of hearing new music at the shows? It’s been five years since your last album…

“It hasn’t been five years! It’s only been two years. Nah, five years, Jesus! Time is running past us and that’s flown by. We were supposed to release a new album last September, but due to circumstances completely beyond our control that didn’t happen. We’ve come to the agreement that how we worked on the last album really influenced the dynamic and the lyrical content. It felt like a Libertines album, but there was a definite progression there. We weren’t trying to reinvent the wheel, we were just trying to make it a little bit slicker because we were a little bit older. We’re not going to pretend we’re the same guys who wrote those first two albums.”

“Now, we’re in a position where we’ve been able to spend a lot more time approaching it, but everything that’s happened over the last few months has given us so much more lyrical content. The world’s been a hotbed of creativity and we need to tap into that in our own way. The lyrical content of the first two albums really takes people on a journey, and that’s what we need to do. That’s what got everyone interested in The Libertines to start with. Well, that and my drumming, which is amazing, obviously!”

Have you got a rough release date pencilled in?

“It’s a good question, but a toughie. There’s the question of whether there’ll be another lockdown, because that could push everyone’s cycle back. The last thing we want to do is release something and not be able to do anything with it. How do we purvey everything we want to do over the course of a release we can’t market too? Personally, I’m hoping that we can wrap it up by maybe the end of Spring next year, so that we can then have the rites of Spring to charge us into the dawning of a new era.”

You also opened The Wasteland Bar as part of the Libertines HQ in Margate last year. When can we expect the hotel to open?

“Well my management just dropped me a line to say that the hotel will be ready in its entirety by late September. I’ve just found out. Like you, I’ve been to the bar and it is looking amazing. There’s a real community spirit there too, and hopefully that’ll endure through the madness we’re going through.”

The Libertines will play two shows at The Virgin Money Unity Arena on Saturday August 28.