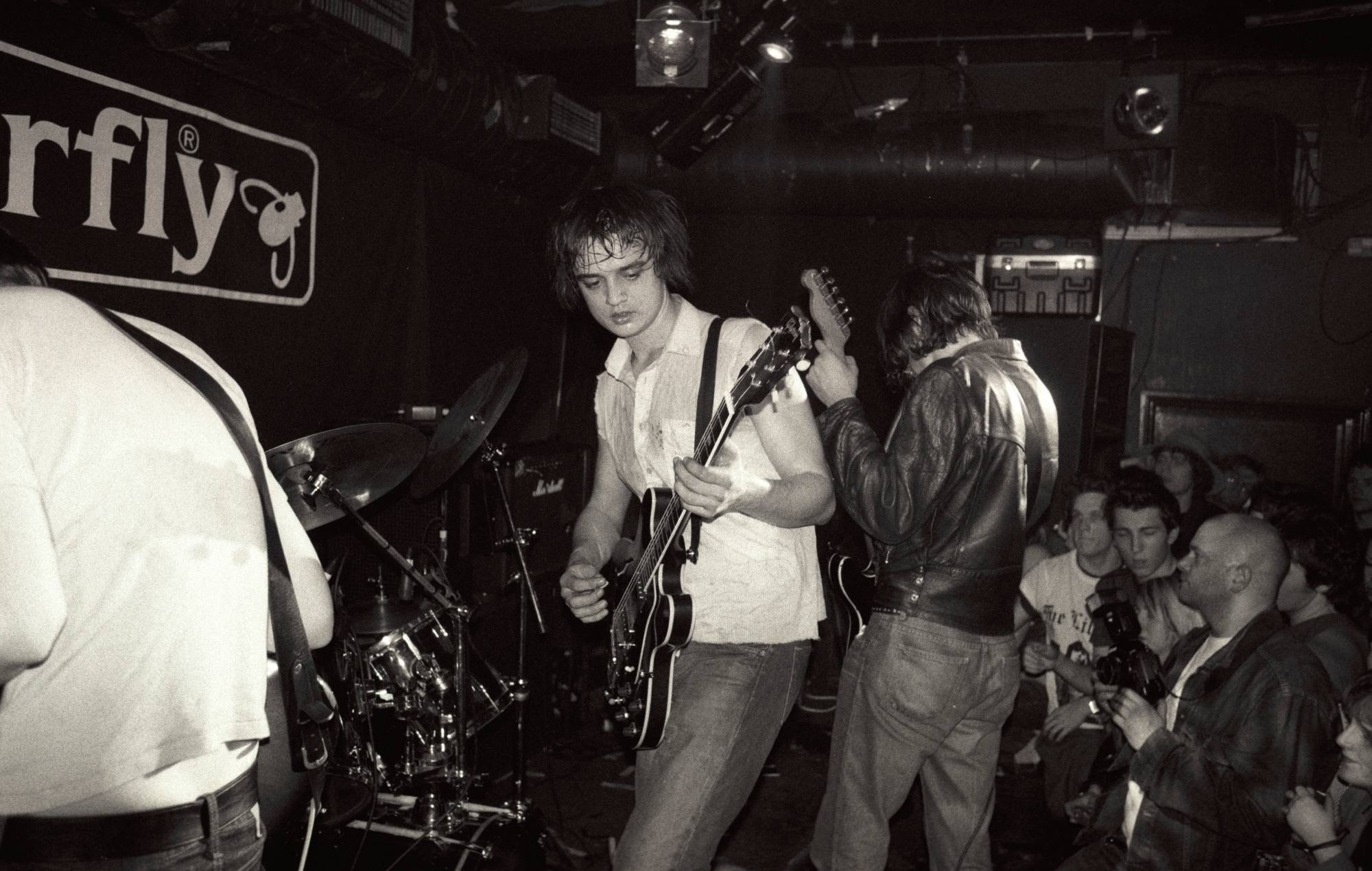 The Libertines pay tribute to “much loved” early drummer Paul Dufour, who has died

The Libertines have paid tribute to their “much loved” former drummer, Paul Dufour, who has died.

Dufour played in the early days of the band before Gary Powell replaced him.

“Paul Dufour, our much loved drummer from the early days, passed away last night. We are all in great shock and sadness. Sending love and thoughts to Paul’s friends and family. It was honour to play with you Mr Razzcocks. Forever in our hearts x,” read a message posted on The Libertines’ Instagram account alongside an archive photo of the band.

Dufour’s cause of death has not yet been revealed.

One fan wrote on Twitter with a picture of him posing with Dufour by a drum kit: “Had the pleasure of meeting him earlier this year. Was a really nice bloke that spoke very highly of his time in the band. Spoke to him for ages about it all.”

Other fans sent their condolences to the London four-piece after learning of the news.

Had the pleasure of meeting him earlier this year. Was a really nice bloke that spoke very highly of his time in the band. Spoke to him for ages about it all. pic.twitter.com/eytTQmu0QE

Meanwhile, in other Libertines news drummer Powell spoke to NME recently about the band’s next album.

Discussing the progress of the follow-up to their third album ‘Anthems For Doomed Youth’, (2015), Powell said: “The good thing is everybody’s been writing. I’m hoping there’s going to be a whole new fervour and interesting dimension added to how we approach things.

“Obviously, we’re not going to try and reinvent the wheel and be like Depeche Mode going from rock ‘n’ roll to electronic, but I think we can push the boat out a little more while still bringing something that has the same emotional integrity and dynamism that the audience craves when they come to a Libertines show.”

Last month, the band played an intimate show in Margate ahead of celebrating the 20th anniversary of their iconic debut, ‘Up The Bracket’. Check out NME‘s photos from the show here.