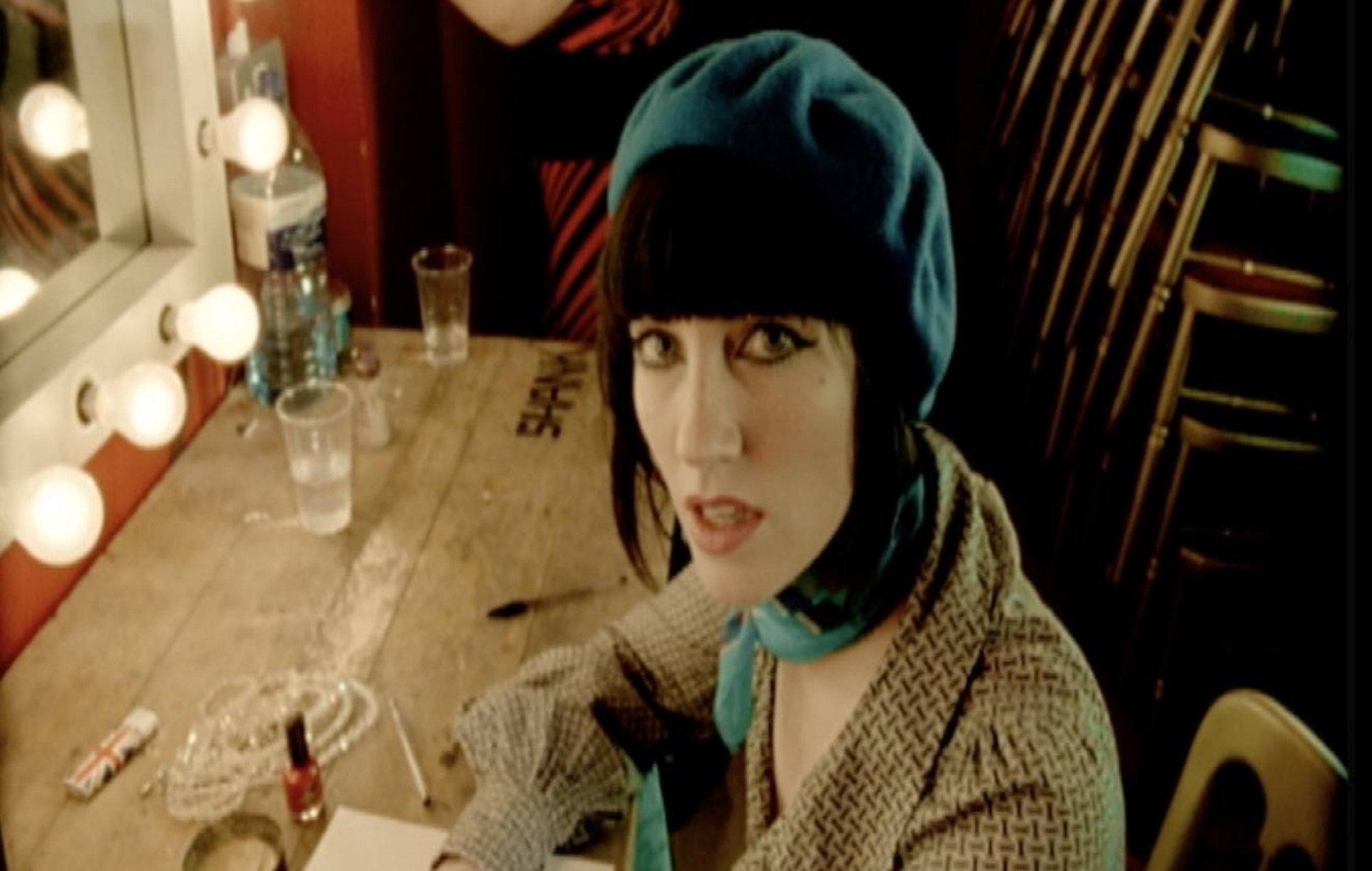 The Long Blondes have announced plans for a deluxe reissue of their 2006 debut album ‘Someone To Drive You Home‘.

The Sheffield band are releasing a digital version and a double gatefold LP, pressed on to red and yellow vinyl to mirror the album’s artwork – a picture of actress Faye Dunaway also painted by frontwoman Kate Jackson. It is out on December 10 and you can pre-order the album here.

Both editions will will feature the original record, plus 11 additional tracks that the band used as B-sides. You can view the artwork for the reissue below.

In addition, the band have shared a new remastered digital version of single ‘Giddy Stratospheres’ along with B-side ‘Never To Be Repeated’. The song’s video has also been restored and released in HD for the first time, along with the short films made for singles ‘Once & Never Again’ and ’Weekend Without Make Up’, all of which are streaming now on Rough Trade Records YouTube channel here. You can listen below.

The Sheffield band’s 2006 debut album was hailed by NME and described “as fantasy pop, performed to perfection”.

Our review added: “With a music scene awash with [Arctic Monkeys copyists], such gritty realism is a welcome relief. The Long Blondes have had enough of life-kicking around takeaway trays on the streets of Planet Earth. Instead, they’ve made a record that’s in a world of its own.”

The Long Blondes released a follow-up album ‘Couples‘ in 2008 but split up that same year after guitarist Dorian Cox suffered a stroke.

“We have decided to call it a day,” he wrote at the time. “The main reason for this is that I suffered from a stroke in June and unfortunately I do not know when/if I will be well enough to play guitar again.

“On behalf of the band I’d like to say a big thank you to anyone who ever came to one of our shows, bought one of our records or danced to one of our songs in a club. Thank you, if it wasn’t for you the whole thing would have been pointless. Finally on a personal note, thanks for all your well-wishing messages.”

The full tracklisting for ‘Someone To Drive You Home’ 15th anniversary reissue is:

‘Five Ways To End It’
‘Fulwood Babylon’
‘The Whippet Fancier’
‘Who are You To Her?’
‘Never To Be Repeated’
‘All Bar One Girls’
‘I’m Coping’
‘Last Night On Northgate St’
‘Platitudes’
‘Melville Farr’
‘The Unbearable Lightness Of Buildings’