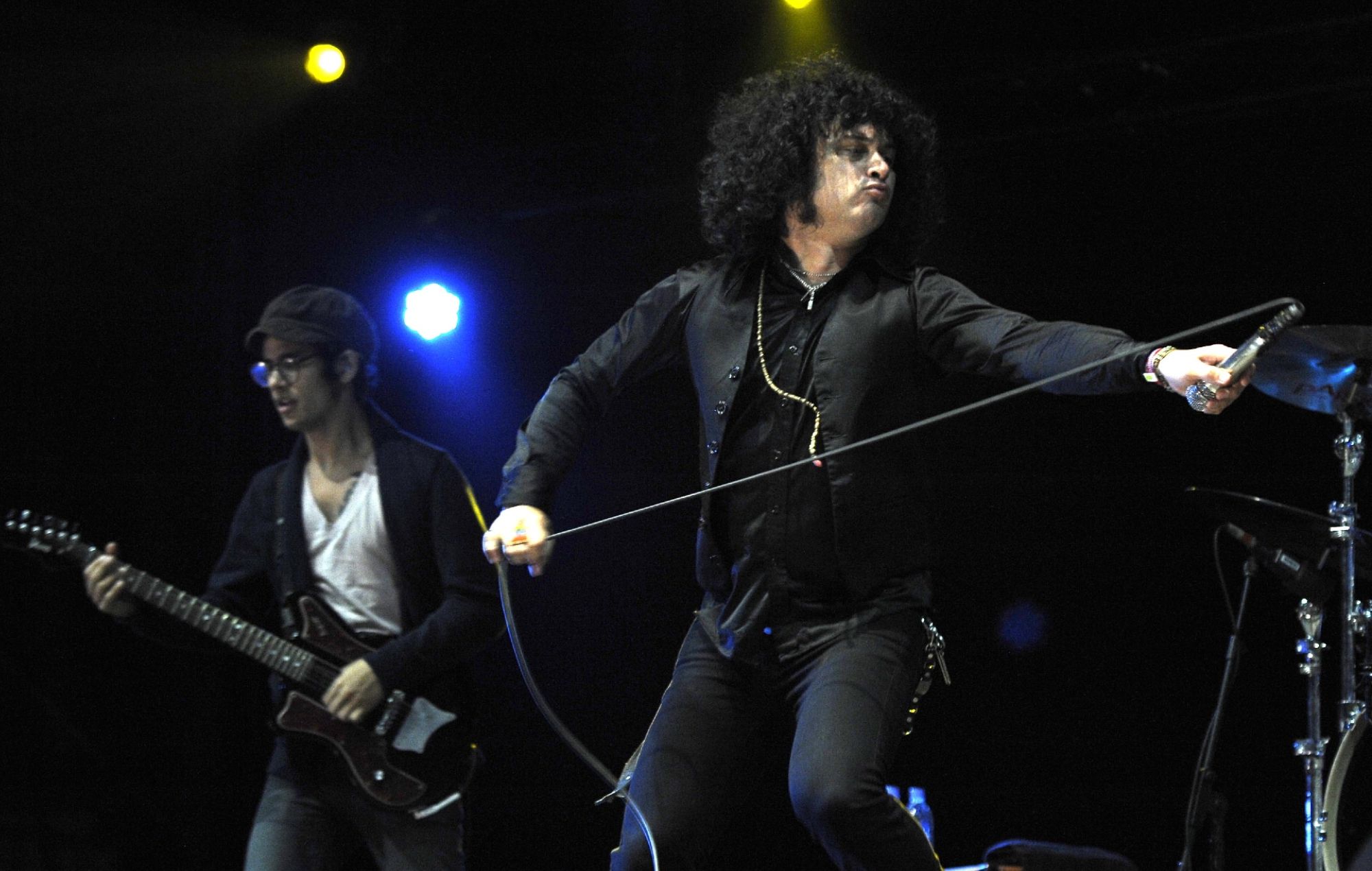 The Mars Volta appear to be teasing a reunion and new music at a new ‘Voltacube’ installation in Los Angeles.

The band released six studio albums between 2003 and 2012, before splitting in 2013 after founding members Cedric Bixler-Zavala and Omar Rodríguez-López fell out. They quickly made amends and formed a new band, Antemasque. They also revamped their pre-Mars Volta outfit, At-the-Drive-In, for a new album in 2017.

A Mars Volta reunion has been hinted at by the band several times in recent years. In 2019, vocalist Bixler-Zavala effectively confirmed it when he told a fan on Twitter that “it’s happening”. In a further update, Cedric said the reunion would see them leaning heavily on new material.

The band have now set up a mysterious box in LA’s Grand Park, which reportedly plays you new music from the band when you walk inside.

As no phones are allowed inside the installation, the music hasn’t yet been shared online, but you can see the box and the band’s teaser below.

The installation is reportedly set to remain in Grand Park today (June 20) and tomorrow (21), with fans able to visit between 12-8pm local time.

NO PHONES ALLOWED. also, there are a couple posters with big QR codes. So stay tuned … from themarsvolta

The band also announced in 2021 that they were to make the entire spread of their reissued discography available individually on vinyl.

Speaking of a reunion in 2019, Bixler-Zavala said: “What it’s NOT going to be is your ‘fav member line-up’ playing their ‘classic records’ in full etc. Maybe we’ll play old shit, who knows how we feel.

“I will say this though, when ORL played me a grip of new shit I fucking cried. Like Claire Daines in Romeo & Juliet cried. Yeah it was fucking weird. It’s in its infancy right now. No deadlines, no ball tripping, no drama, just 2 grown ass men using essential oils and bold new perfumes shooting ideas and scooting their ass across the fucking lawn trying to get rid of these worms.”

In mid-2020, Kanye West raised hopes of a reunion with a bizarre message in which he suggested that he had collaborated on an unfinished album with The Mars Volta.