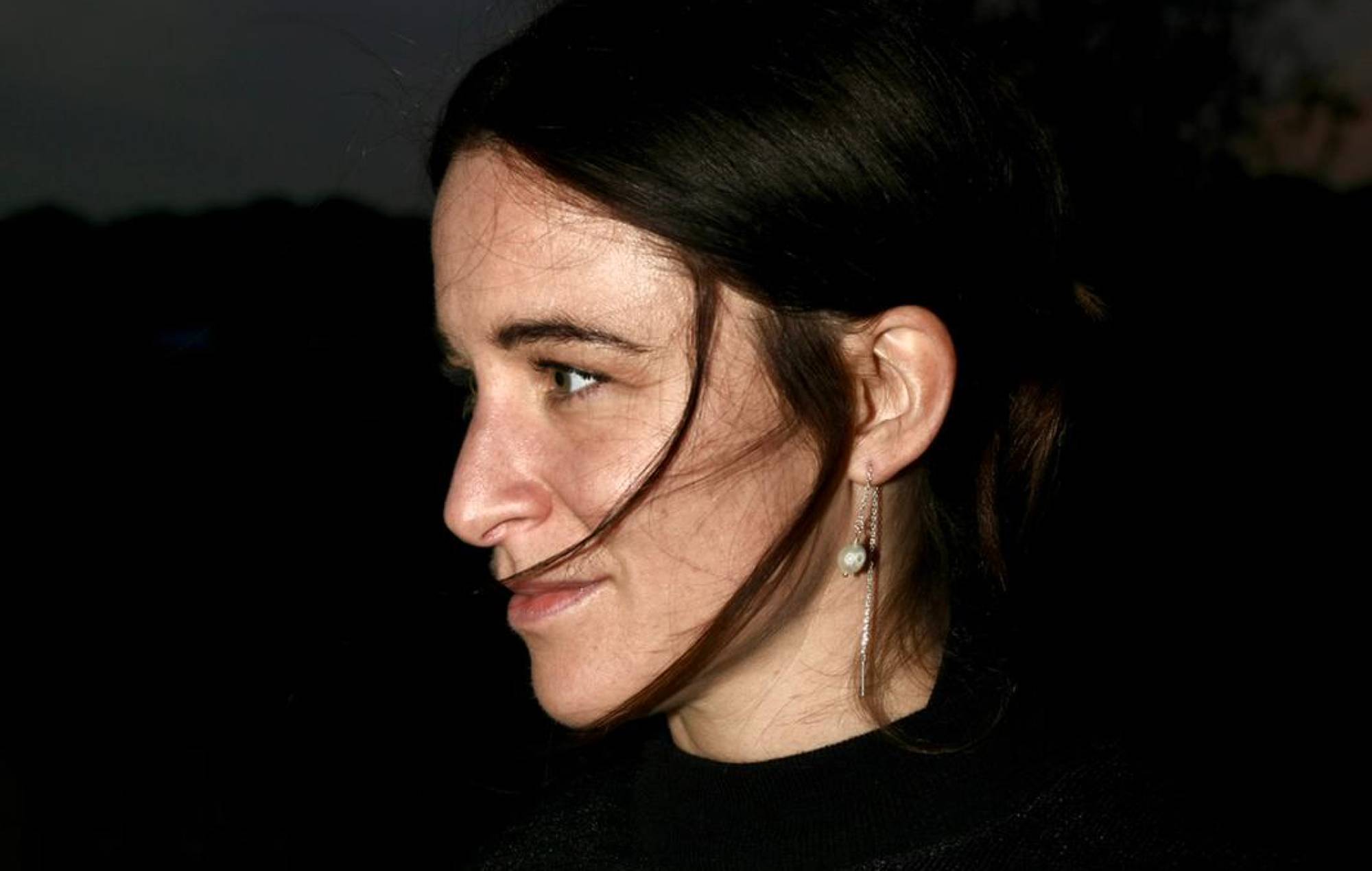 The music world on the aftermath of COP26: “The future needs reinforcements”

Figures from the world of music have spoken to NME about the positive and negative outcomes of the recent COP26 climate conference – as well as revealing what artists and fans can do to help.

The summit, which ended over the weekend, aimed to bring parties together to accelerate action towards the goals of the Paris Agreement and the UN Framework Convention on Climate Change.

The likes of AURORA and Brian Eno were involved in performances and talks, as well as Enter Shikari who attended and hit out at the UK government’s inaction over fossil fuels. Also representing the arts was Music Declares Emergency, whose ongoing No Music On A Dead Planet campaign has received support from the likes of Billie Eilish, The 1975, Thom Yorke, Foals, Fontaines DC and many more.

“Ultimately, I find it all quite baffling because there are so many different takes on what happened,” Music Declares Emergency founder and Savages drummer Fay Milton told NME. “There are a lot of people saying it failed, but there are quite a lot of wins that came out of it.”

Touching on the positives, Milton said: “One thing that is really good is that now there is a commitment to make further commitments every year. It used to be every five years, but given the time frame that we have, it’s brilliant to be returning to make more decisions more regularly.

“There were also more pledges to protect nature rather than just the climate. There was also a renewed commitment to sticking to 1.5 degrees of warming, which is something that is quite hard to communicate. It doesn’t sound like a lot. If the temperature in your house changed by 1.5 degrees you’d barely notice – but in climate terms, that’s enormous and only just keeps us on the edge of survival as a species. Entire weather systems and habitats get really fucked up by that much change.”

However, Milton also admitted that she was “feeling weirdly negative about it”, having grown impatient over general inaction and now wanted to “start screaming at people”.

“The really deep feeling I got was that we all know about the dangers now,” she went on. “No one’s disputing anything and we all have the science; this is an enormous emergency. And yet, privileged countries just seem to be deciding if they can even be bothered to care about it. That just drives me insane.

“If you’ve ever tried to organise anything with a lot of people, you’ll know that it’s really difficult. Trying to fix the biggest issue that humanity has ever faced with every country in the world is a hugely complicated problem. There are no simple answers. If I was in charge, I’d make all the world leaders go and sit down with all of their advisers plus the scientists and the activists and not be allowed to leave the room until they figured out.”

With the beneficial actions that had been taken, Milton said that the next year was crucial for music fans who cared about the environment to help bring about real change.

“Let their MP know that they care,” she said. “You can also use how you spend your money to do your talking for you. You’ve just got to let those in power know that we need change. Those in power want to stay in power, and at the moment they see a conflict between the people that want urgent climate action and the people who they’re trying to appease. We need to create enough pressure that there’s a social tipping point that reflects the countless and lethal environmental tipping points.”

She added: “We need to get to a point where a government can’t get voted in unless they vow to take action. Now is the time to make a noise if you care about the existence of humanity and all living things.”

As for the role that artists played at COP26, Milton said that she was touched by the words and music of AURORA and Nick Mulvey who were “so deeply entrenched in climate issues”, but that now the wider music world needed to get involved.

“What we need now is for people to have a heart and care about each other – care about countries going underwater, care about people’s children who are going to inherit a broken world, care about people on the frontline of Amazonia losing their lives to protect biodiversity,” she said. “Music can really help to inspire people to engage and have a heart. It’ll be interesting to see what kind of music emerges out for this ahead of the next COP in 2022.”

Milton added: “The most important thing for the music industry to do is come together as a body and make practical changes together. For example, if every record label says that they are no longer going to use CD jewel cases because they’re very polluting, then they can do that industry-wide and there won’t be any competition. Then the manufacturers have to change.”

Black Country, New Road were one of the bands to play at the Climate Music Blowout event earlier this year in partnership with Music Declares Emergency to highlight how the music industry can continue to play a key role in responding to the environmental crisis. Drummer Charlie Wayne told NME that he felt that “it does generally seem like the COP26 conference achieved its aims”.

“The final agreements to phase out the coal industry seem to be a step in the right direction,” said Wayne. “I also think the new international guidelines surrounding emissions transparency is a great victory. The guidelines will supposedly make it much easier for experts to hold governments accountable for emissions that breach the agreements made during the summit.”

However, despite the positives, Wayne said that there are “a lot of reasons to remain sceptical”.

“The new agreements mean that greater pressure will be placed onto countries that have the greatest responsibility to curb their emissions,” he argued, “however, time and again during COP26 it seemed as though the conference held little tangible value. Countries like India, Saudi Arabia and Australia all made it clear that the push to curb emissions was a sacrifice that they were unwilling to make.”

Wayne continued: “India’s pledge to establish themselves as a Carbon neutral nation by 2070, and Australia’s inference that they would ignore any calls to update their (widely criticised) pre-existing climate targets offers little comfort to the stability of a global effort to curb climate change.

“Although the rhetoric surrounding COP26 seems to have been relatively positive, only time will tell. Words have to become actions if our leaders really want change.”

Wayne also argued that while “it’s more important to hold our governments and international corporations accountable, the responsibility does also have to fall to the individual”. On the topic of touring as a live band, he said that it was important for artists to find a way to “work in a way that isn’t needlessly wasteful, or negligent of our carbon footprint”.

“For the record, we’re much, much worse at it than we should be,” Wayne admitted. “I wouldn’t want people to read this and think that I’m getting on my high horse about our green fingers when I know how poor we have been (and to an extent continue to be) towards our impact on the climate.

“We’ve been too lethargic in our action, but there’s no time like the present to try and address those things. Also, luckily there are plenty of ways that you can change things on a small scale. Whether it’s insisting on having a green rider in the dressing room, or making an effort to set some money aside towards carbon offsetting your emissions on the road. It’s obviously not perfect, and there’s a long road ahead if we’re going to be able to operate with an unclouded conscience.”

With this in mind, Wayne encouraged fans to “hold the musicians you love to account”.

“If you see a massive musician that you love posting a picture on a private jet whilst travelling from one show to another then you should condemn it!” he added. “Musicians are held up by the fans that support them, and if they’re worth supporting in the future then they should listen to the people who pay for their plane tickets.”

Sea Power – formerly British Sea Power – have often referred to the natural world in their music and are renowned for decorating their stage show with foliage. Speaking to NME, they said that it was “encouraging to have these global meetings, where our massive collective misadventure is at least being addressed” and “where this weird rock in space is at last being thought about as a single biosphere.”

“Even someone as self-absorbed as the current UK Prime Minister at least says he feels younger generations staring him down,” the band told NME. “But right now the present remains at war with the future – and it’s a massacre. The future needs reinforcements…”

The UK indie veterans then pointed to their new single ‘Follow’, which features the lyric “Everything was forever, until it was no more” and feels prescience to the current state of play with the environment.

“This line actually came from a book about the end of the Soviet Union, but for us it also has a duality with a kind of current relevance,” they said. “It could be a doom-mongering warning about what will happen if we don’t all make changes – or it could just as easily have a positive sheen; imagining an end to coal and oil power and all that stuff.

“In the past we’ve written songs like ‘Larsen B’, a kind of love song to a collapsing Antarctic ice shelf. We’ve been asked to do things like play a show on a boat beside the Houses Of Parliament – in support of wave power. It was an honour to be able to take part.”

While admitting that a “band on tour does guzzle gas and generate crap”, they also noted simple things that artists could do like ask for water in cans instead of plastic bottles.

“Perhaps we should now insist on nothing but Irn-Bru on our rider,” they added. “You can also avoid single-use plastic cutlery, plates and cups. Gigs can even be scheduled a bit earlier – so people can easily get public transport home afterwards. As Mark E Smith hollers on The Fall live album ‘Totale’s Turn’: ‘Last orders half-past 10!’”

This comes after Patti Smith claimed that the climate movement was “the most important thing in the world right now” ahead of COP26, while Massive Attack launched a campaign to target corporate “greenwashing”.

For more information on the Music Declares Emergency Turn Up The Volume campaign and this week’s events visit here.

Black Country, New Road’s album ‘Ants From Up There’ is will be released on February 4, before Sea Power’s ‘Everything Was Forever’ follows on February 18.