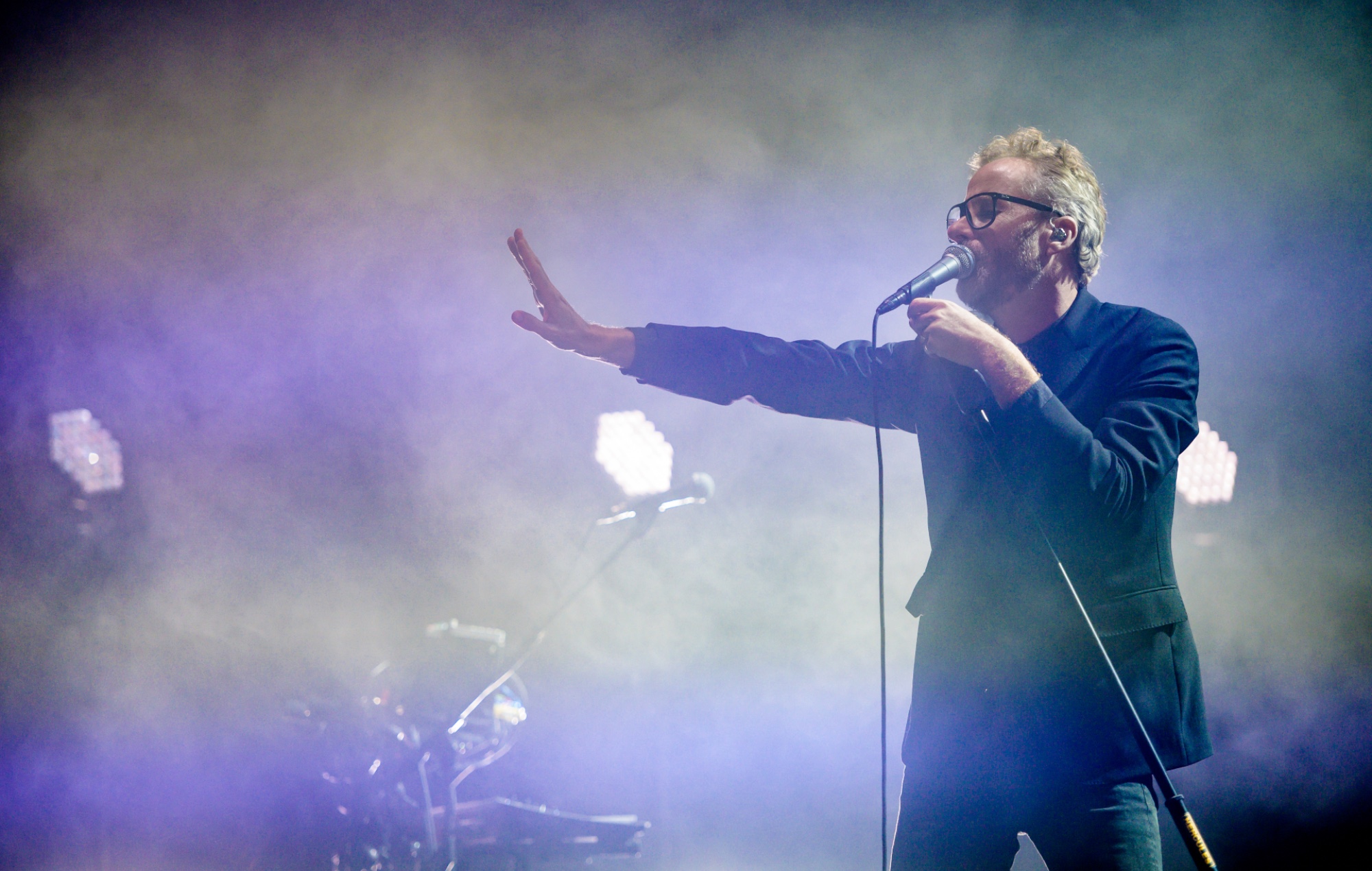 The National are releasing a new photo book, ‘Light Years’

The National are set to release a new photography book in collaboration with photographer Graham MacIndoe.

MacIndoe took the group’s first publicity photograph back in 2001 and the new book, Light Years, will document their 20 year collaborative relationship.

Featuring black and white photographs from inside the studio and on the road, the book will also feature essays and quotes from band members.

Announcing the release on social media, the group said: “Light Years chronicles Scottish photographer Graham MacIndoe’s 20-year relationship with The National through newly published images, essays and quotes from members of the band.

“Graham took The National’s first official publicity photo in 2001, back when they were friends working in creative careers, lost touch with the band as their lives took very different paths, then reconnected in 2012 just as Trouble Will Find Me was released.”

Light Years is a new book chronicling Scottish photographer Graham MacIndoe’s 20-year relationship with The National through newly published images, essays and quotes from members of the band. pic.twitter.com/SXezyWiv5X

The book is accompanied by a vinyl album of songs selected by Graham and Scott Devendorf from The National’s September 2018 performances at Forest Hills Stadium in New York.

Light Years is available for preorder exclusively in the Cherry Tree shop for 72 hours. There are 6 limited edition variants to choose from:https://t.co/C5JYdqEJc1

They continued: “Since then, Graham has documented recording sessions for The National’s last three albums and a multitude of gigs and rehearsals, capturing life in the studio, backstage and on the road.

“Graham’s black-and-white photographs provide a unique and intimate view of the band and their interactions with each other, their crew, family, friends and fans.”

The book is accompanied with a vinyl album of songs selected by MacIndoe and Scott Devendorf from the group’s 2018 performances at Forest Hills Stadium in New York.

The book is available for preorder from the Cherry Tree shop for just 72 hours with six limited editions to choose from.

The additional tracks on the new version of ‘Serpentine Prison’ were previously only available on the limited-edition double vinyl issue of the album. Among them are two new original songs – ‘Let It Be’ and ‘The End’ – as well as four covers.

In a four-star review of the original release, NME said: “If you’re one of those weirdos who doesn’t put their records in alphabetical artist order, then ‘Serpentine Prison’ should be filed next to Nick Cave & The Bad Seeds’ ‘The Boatman’s Call’ and Leonard Cohen’s ‘You Want It Darker’ as a lesson in stately, direct and personal songwriting prowess.”