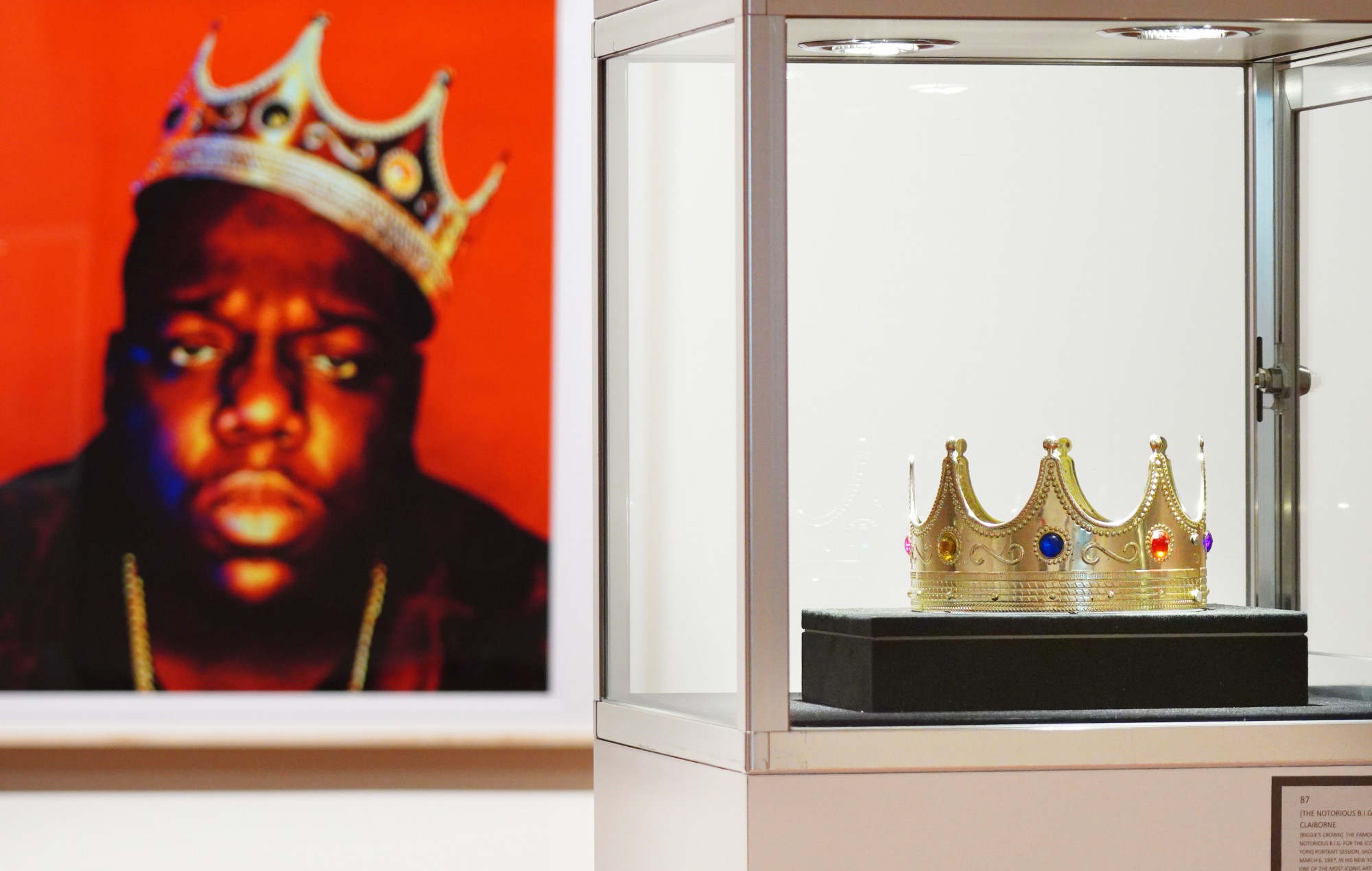 The Notorious B.I.G’s iconic plastic crown was sold for almost half a million pounds at a Sotheby’s hip-hop memorabilia auction in New York yesterday (September 15).

The crown was worn and signed by Biggie, real name Christopher George Latore Wallace, in a 1997 photoshoot with Barron Claiborne, just three days before the rapper was shot and killed in Los Angeles.

All hail the King of New York! Tonight during our inaugural Hip Hop auction, one of the most iconic symbols of Hip Hop’s heyday: the crown 👑 worn and signed by Notorious B.I.G. from @barronclaiborne’s iconic 1997 ‘King of New York’ photoshoot for Rap Pages Magazine sold for $600,000. The photograph is one of the most recognizable images in Hip Hop culture and it has endured as the defining portrait of the artist more than 20 years since it was taken. Achieving an overall total of $2 million, the auction was a celebration of the history and cultural impact Hip Hop has had on art and culture from the late 1970s through the “Golden Age” of the mid-1980s to mid-1990s, and up to the present. A majority of items included in the sale were consigned directly from Hip Hop’s most pivotal and well-known artists and figures, several of who will be sharing their proceeds with a variety of charities. A portion of Sotheby’s own proceeds from the sale will benefit the Hip Hop programs at the @qplnyc, as well as @buildingbeats, a non-profit community organization that teaches tech, entrepreneurial and leadership skills to underserved youth through DJ and music programs. #hiphop #hiphopmusic #notoriousbig #biggiesmalls #barronclaiborne #HipHopxSothebys #QPLHipHop

“This crown is a novelty item; I bought it at a place on Broadway called Gordon’s,” photographer Claiborne told the publication.

“Without Biggie, the crown would not be worth [six figures]. I only paid six bucks for it.”

The plastic crown wasn’t the only high-profile piece of hip-hop memorabilia at the auction. Other items on sale included 22 letters written by Tupac Shakur to his high school sweetheart, Slick Rick’s diamond eyepatch, Salt-N-Pepa’s jackets from the ‘Push It’ music video and more.

The public sale was revealed last month and was to be the first hip-hop memorabilia auction hosted by Sotheby’s.

At the time of the auction’s announcement, Vice President & Senior Specialist in Sotheby’s Books & Manuscripts Department, Cassandra Hatton, acknowledged the influence hip-hop has had on art, music and culture.

“Since its birth in the Bronx in the 1970s, Hip Hop has become a global cultural force, whose massive influence continues to shape all realms of culture: music, fashion, design, art, film, social attitudes, language, and more,” she said.

“This sale is a celebration of the origins and early eras of that influence. We are pleased to announce the auction with two renowned and beloved icons whose lives and lyricism continue to resonate — Biggie and Tupac — with lots that offer an introspective look, in their own way, at the personalities behind their respective public personas.”

A portion of the proceeds raised from the auction will go to Queens Public Library Hip Hop programs and Building Beats, a non-profit community organisation.