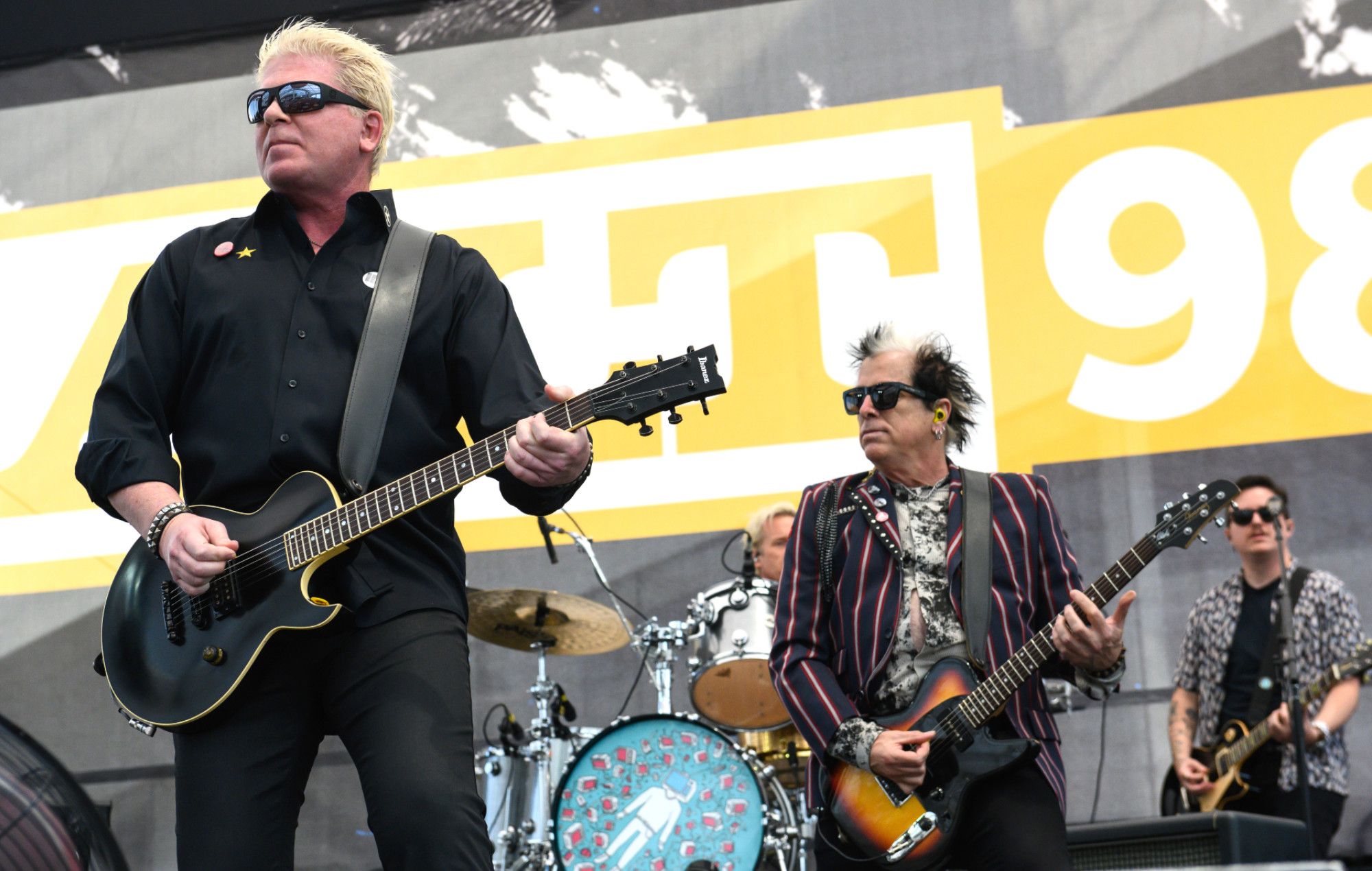 The Offspring have said they are all safe, after one of their cars caught fire in Canada as they were heading to a show.

Taking to Twitter on Saturday (August 6), the band explained that they’d been on their way to a show in Rimouski, Quebec when “something flew off the vehicle in front of us” and became stuck underneath one of their cars.

A short video shared with the tweet showed a black car on the side of a road, engulfed in thick smoke and flames.

All members of the band and their entourage were reported as safe, however The Offspring did note that their “luggage, passports, laptops and pretty much everything else was destroyed”.

While traveling through Canada yesterday, something flew off the vehicle in front of us and became wedged underneath one of our SUVs and it caught fire. Everyone got out safely, but the luggage, passports, laptops and pretty much everything else was destroyed. pic.twitter.com/8CjLep1Bei

The band continued to say they had made it safely to Rimouski, and that last Saturday’s festival appearance at Les Grandes Fêtes TELUS – where the likes of The Chainsmokers and Flo Rida were also billed – would go ahead.

We are happy to report that everyone is doing ok and we've made it safely to Rimouski and will be performing tonight at Les Grandes Fetes TELUS. Hope to see everyone there!

Guitarist Kevin ‘Noodles’ Wasserman made an additional post to his Instagram, sharing a gallery of shots from the accident, including images of the burnt-out remains of the car. “No one was hurt,” Noodles wrote. “Everyone got out of the vehicle unscathed… it could’ve been much worse. The band & I are so thankful & relieved that all involved are OK.”

“Our crew do all the heavy lifting so that we look & sound as good as possible when we take the stage,” he continued. “They’re [sic] travel & workdays are always longer & more arduous than ours, and we can’t thank them enough for all they do.

“To see them have to go through something like this is heartbreaking & frightening. I am so glad they are all OK!”

The Offspring are currently touring North America in support of their latest album, ‘Let The Bad Times Roll’. Wrapping up the run with a set at Vancouver’s Ambleside festival this Saturday (August 13), the punk-rock outfit will then head to Japan for this year’s Summer Sonic, before visiting Brazil’s Rock In Rio next month, Australia in December, and Europe next May. See the full list of dates here, and find tickets to select shows here.

Dropping the album’s title track last February, singer Dexter Holland said of the song’s meaning: “I feel like we’re in a unique period in history where instead of our world leaders saying ‘we’re doing our best’ it’s more like they’re saying ‘fuck it’ and its really scary.”

Noodles added: “Folks are saying, if it’s all going to Hell, we might as well make the most out of it, or at least go out swinging. ‘Let The Bad Times Roll!’”