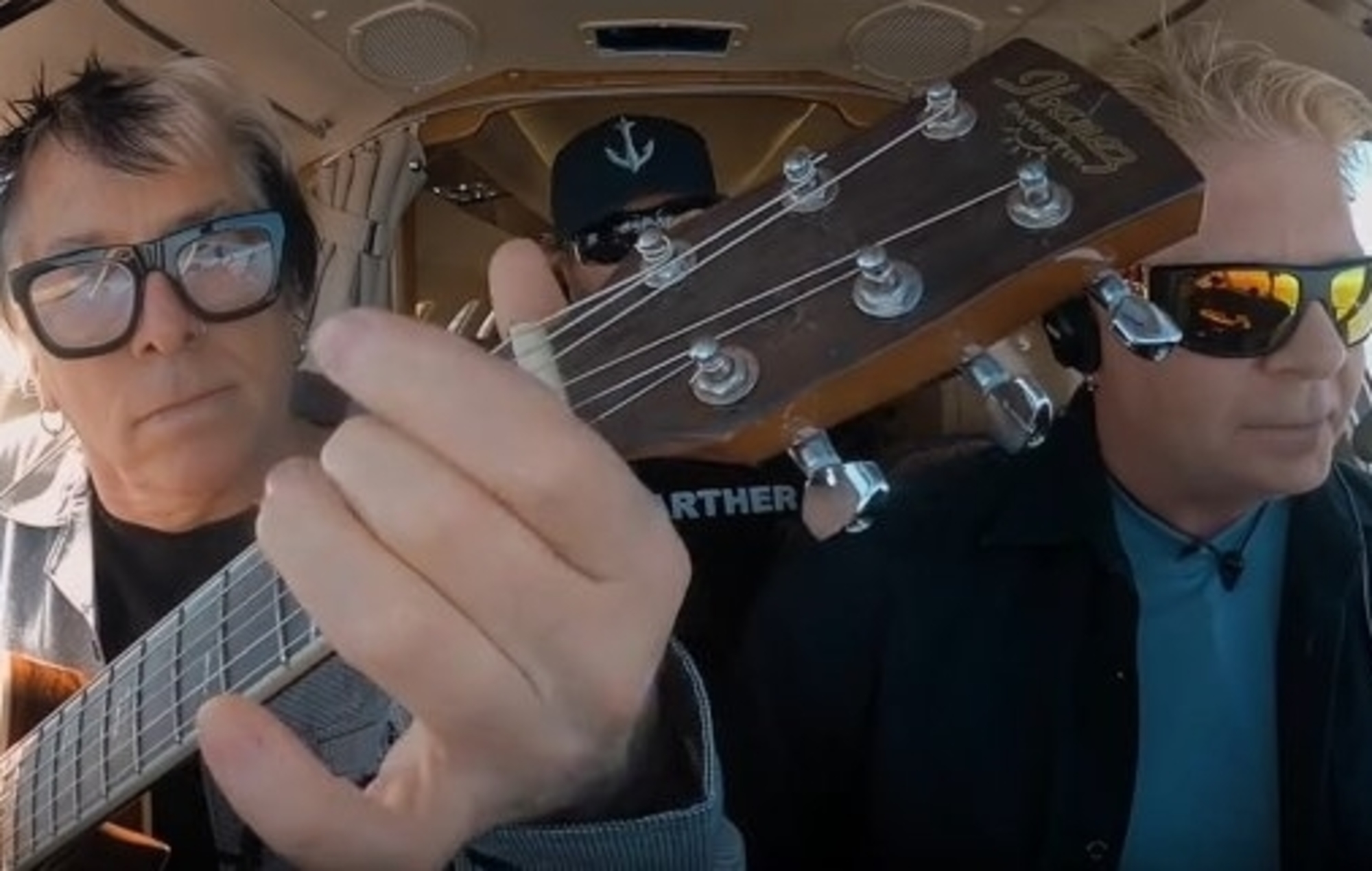 The Offspring take on James Corden by launching ‘Cockpit Karaoke’

The band’s new series sees frontman Bryan “Dexter” Holland and guitarist Kevin “Noodles” Wasserman sing along to some of the band’s biggest hits from inside a private jet flown by Holland, who is a licensed pilot.

“We know everyone’s heard of ‘Carpool Karaoke’, but ‘Cockpit Karaoke’??? No one’s done that!!” Dexter told Spin, which premiered a clip of the duo singing ‘Come Out And Play’, with the “Keep ‘Em Separated Guy” joining them for the ride.

“Since I’m a pilot, we thought it would be great if Noodles and I had some fun and got to sing along to some of our many hits.”

You can watch the first ‘Cockpit Karaoke’ clip below:

The Offspring are scheduled to head out on a UK and Ireland arena tour this November, with The Hives set to support.

The veteran band will hit the road in support of their latest album ‘Let The Bad Times Roll’, which was released on April 16. The tour will visit Dublin, Cardiff, Birmingham, London, Glasgow, Manchester and Leeds. You can see the full list of dates below.

You can get tickets for the tour here.

The clip featured as part of the full Late Late Show segment with James Corden but never made the final cut in the show’s recent comeback on HBO Max in May.