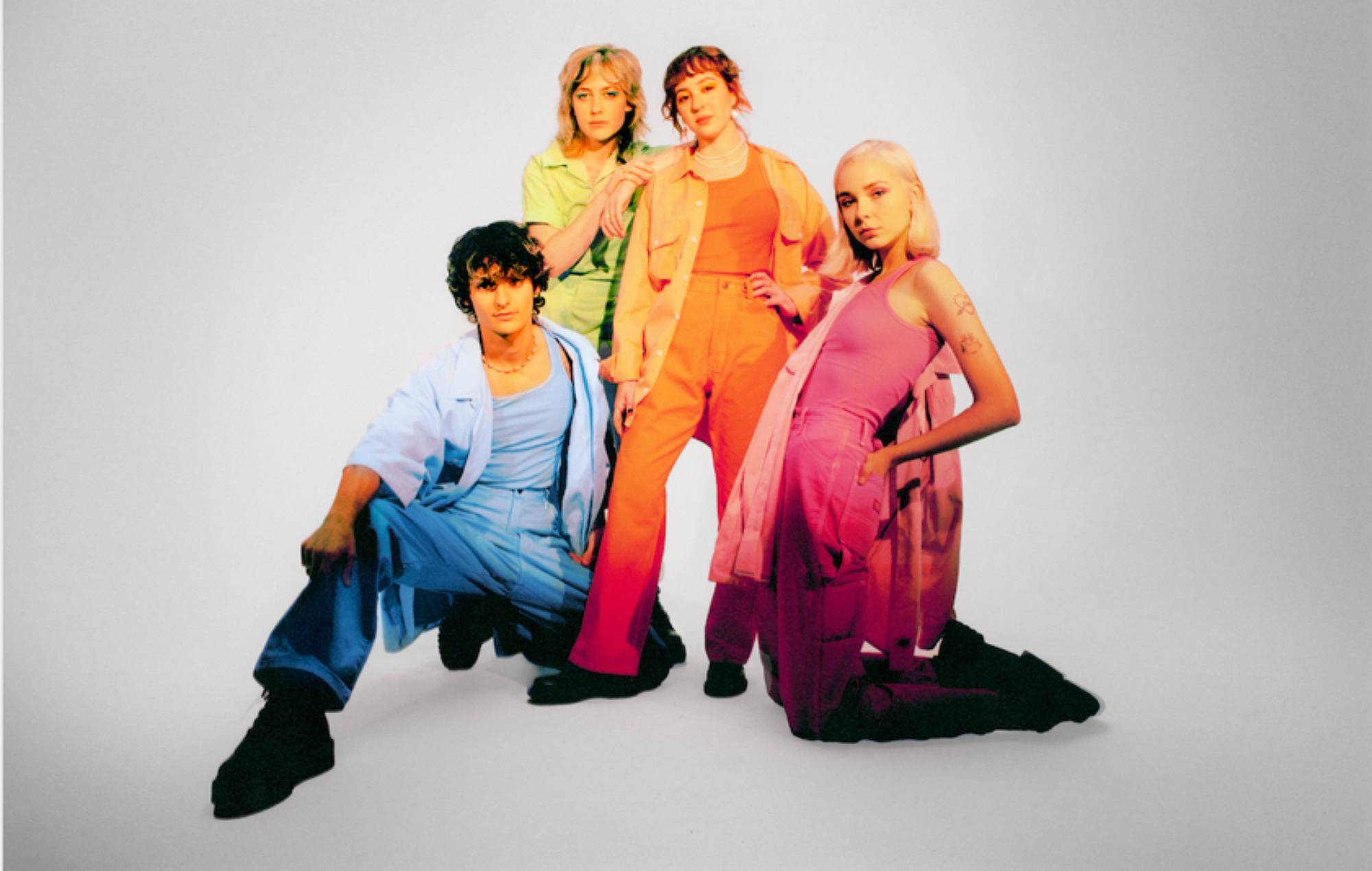 The Regrettes have released ‘You’re So Fucking Pretty’, the second single from their upcoming third album.

‘You’re So Fucking Pretty’ follows recent single ‘Monday’, which was the band’s first new music since their 2019 album ‘How Do You Love?‘. The video for the track included an appearance from Olivia Rodrigo, who became friends with Regrettes’ singer Lydia Night after the pair bonded on social media.

New single ‘You’re So Fucking Pretty’, which you can listen to below, is a tranquil exploration of sexual awakenings, identity and understanding your true self. Night said of the song: “It’s the first time I’ve ever written directly about a girl I had a crush on, and it took me a while for me to even allow my brain to accept the fact that I’m bisexual.

“I always felt like I couldn’t validate my own feelings because I had never been in a relationship with a girl. But I had a pretty big crush on one of my friends a while ago and this song is an exaggeration of that, but it’s still coming from a very real place. It was the first experience where I was like, ‘Oh, these are real feelings, this isn’t just a sexual attraction,’ and that helped me realise I wasn’t straight.”

She continued: “This song means so much to me because it also represents the time we spent in Joshua Tree and opening up to my whole band about that experience and not feeling embarrassed or scared of talking about it. Writing this was important for me because it just validated my own sexuality.”

Guitarist Genessa Gariano added: “As a queer person growing up, it definitely felt like there weren’t many songs I could relate to fully and I feel like this song would have been something I would have held really close to my heart as a kid. I hope that happens with other people.”

In a recent interview with NME, Night explained how their new album is finished, and ultimately “feels free”. “Sure, it’s the ‘poppiest’ and ‘danciest’ album we’ve ever made but it’s also the most experimental, the weirdest and the most vulnerable,” she said.

“Our first album [2017’s ‘Feel Your Feelings, Fool’] was about having fun in high school, and the surface-level relationships that came from that. The second [2019’s ‘How Do You Love?’] followed this storyline of a downfall of a relationship, but this album – it’s all about me.”