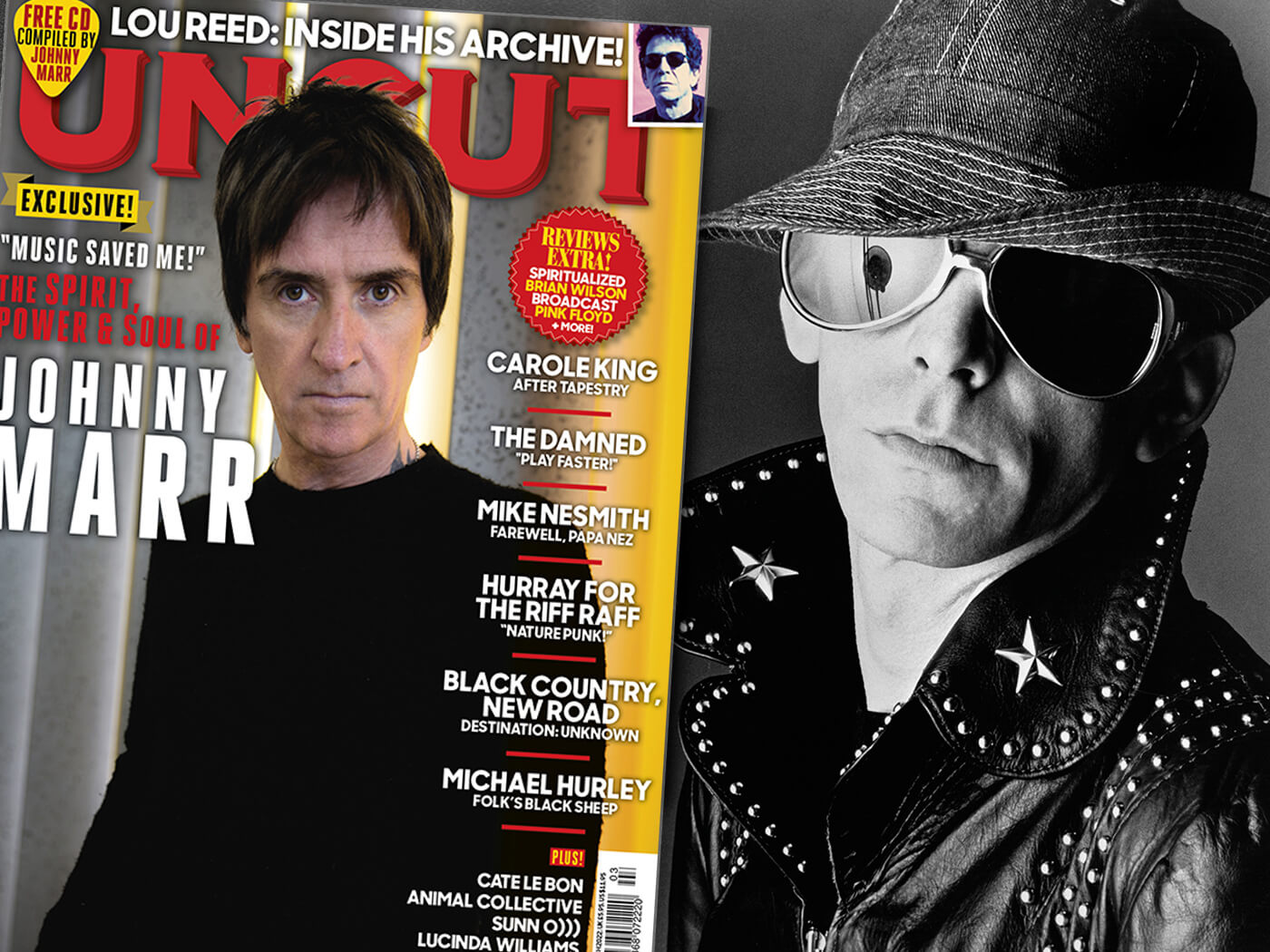 The rich and musical life of Lou Reed: “There are many plans to continue putting out Lou’s work”

Lou Reed wasn’t known as the sentimental sort. And yet, he kept a memento of his earliest days as songwriter where he could see it every day. The demo tape he posted to himself to self-copyright in 1965 is one of the treasures in the Lou Reed Archive and the exhibition celebrating it, Caught Between The Twisted Stars, which opens on March 2, Reed’s 80th birthday. “We’d tried getting into a locked safe, thinking it was there,” curator Don Fleming recalls. “But it was right behind him at his desk in his office, on a shelf with a bunch of CDs, still unopened that whole time. It was so mind-blowing to me.”

“Lou kept a lot of things, but never used the word archive,” Reed’s widow Laurie Anderson tells Uncut. “Signed photographs of his friends were precious. But Lou was never nostalgic. He was very practical with certain things like guitars. If he had gotten the sounds he’d wanted out of one, he’d give it away.” Yet, following Reed’s death in 2013, Anderson found he’d left her over 8,000 items, ranging from unreleased music to bar tabs, in 200 boxes stuffed floor to ceiling in a 10 by 15-foot lockup, round the corner from his Sister Ray company’s office on New York’s Bank Street. Reed had never mentioned this trove’s existence, or his intentions for it. Faced with this unsuspected legacy’s sheer scale, Anderson felt “like a 15-storey building fell on me”.

The mystery of why a musician constitutionally opposed to looking back quietly kept such a pharaoh’s tomb of artefacts isn’t lost on Jason Stern, who worked for Reed for the last two years of his life. “It is paradoxical,” he considers. “The Lou I knew very rarely wanted to discuss his past career. To be honest, he could hardly stomach even hearing his own music. I’d been in the storage unit to get the odd thing, but I didn’t know what was in those boxes. It wasn’t until 2014 that we realised, ‘Oh my God. He kept all this stuff!’”

Fleming, a musician (Gumball), producer (Sonic Youth), and hip archivist for the estates of Hunter S Thompson, George Harrison and Alan Lomax, joined Stern in the two-year process of cataloguing the stacks. The archive was then obtained by the New York Public Library For The Performing Arts and opened to the public in 2019. But whereas Bowie reportedly signed off on numerous posthumous releases before his death and the likes of Dylan, Neil Young and Joni Mitchell have overseen vast archive trawls, Reed made no such plans for his legacy. For now, his archive’s music remains resolutely unmonetised, freely available instead to library visitors.

“Laurie wanted that model to the extent that we could get it,” Fleming explains. “There are third parties Lou signed contracts with, otherwise we’d stream it all. There’s a lot of audio that no-one’s ever heard, that’s one of a kind. There are test pressings. He recorded many of his tours in analogue, often with a real stereo mix, some with binaural tapes. He
also kept extensive bootlegs in his record collection and binders with notes about them – he wanted to know about that stuff.”