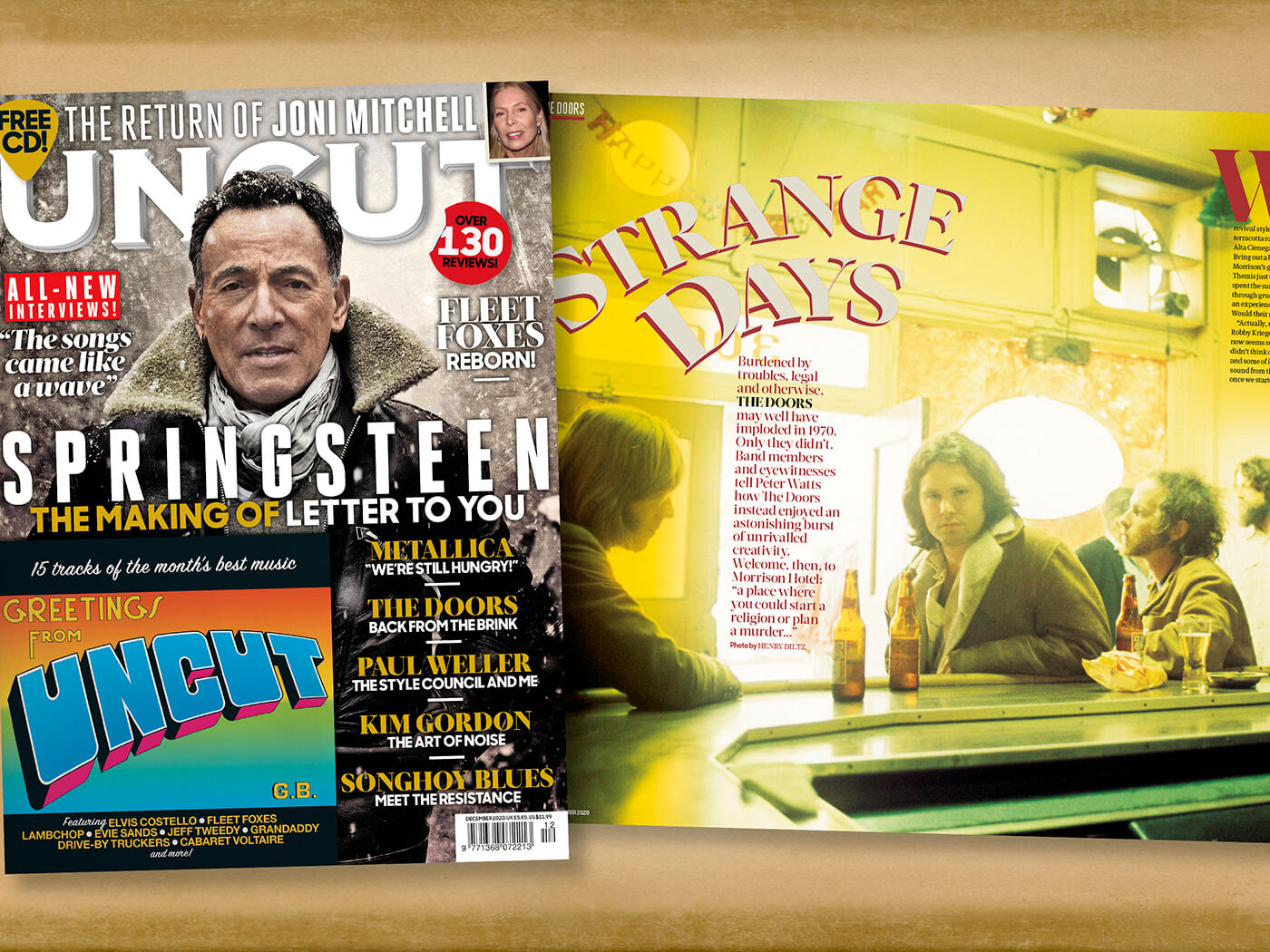 The secrets of The Doors archive revealed!

As a deluxe anniversary edition of the band’s Morrison Hotel hits shops, we peek inside Hollywood Vaults… Tucked away between Santa Monica Blvd and Melrose Avenue, this vast, high-security storage facility is home to archives belonging to the biggest names in film, television and music. To protect the materials, temperature and humidity is maintained at 45°F. One visitor says this does something peculiar to your bladder, so you have to use the toilet every hour on the dot.

The Doors have kept their archives in Hollywood Vaults for more than two decades. The band ceased recording new material more than 40 years ago, but the inventory continues to grow as tapes are truffled out from defunct studios or record labels or via collectors and bootleggers. Some items are easy to acquire. Tapes of a 1966 concert at LA’s London Fog, for instance, came direct from a former employee of the club. Others are harder to obtain. A book could be written on the attempts to acquire first-generation copies of The Doors’ 1967 concerts at San Francisco’s Matrix nightclub; a colourful yarn that incorporates scams, misdirection and misunderstandings. The final deal for these prized – and as yet unreleased – tapes took place with all the high-stakes drama of a crime movie. The two sides met on neutral territory, both carrying suitcases – one containing tapes and the other a bill of exchange – with the handover only taking place when everybody was satisfied the music was genuine.

Bruce Botnick, The Doors’ engineer/producer, says they are currently seeking tapes of 1970 concerts in Hawaii, Dallas and New Orleans, as well as a Granada TV broadcast that was wiped for transmission. Jeff Jampol – who manages The Doors along with other ‘legacy artists’ such as Michael Jackson and Janis Joplin – is regularly visited by fans with material they believe could be the Holy Grail – the item that will put their kid through college. “I’m the guy who has to tell him it’s worth $300,” says Jampol. “They think I’m trying to rip them off, but I’ll just put it on the shelf with 300 other reels of silent Super 8 footage shot from 500ft away on a handheld camera.”

Jampol acknowledges that some fans will never be happy with the reissues – the sound quality won’t be good enough, there will be too many outtakes or not enough rarities. In a bid to pre-empt such criticisms, everything is mastered by Botnick and approved by Robby Krieger and John Densmore. The challenge is to please the older fans while also connecting The Doors to a younger audience. “Artists have a magic, and there is something that connects Jim Morrison to a 13-year-old in 1967 and also one in 2020,” says Jampol. “You have to figure out what the magic is. What we’re trying to do is stay authentic while opening up the idea of The Doors to people who haven’t heard it yet. Then you let the music and the magic do its work…”

You can read much more about The Doors and Morrison Hotel as well as Bruce Springsteen, Joni Mitchell, Fleet Foxes, Metallica, Paul Weller and more in the December 2020 issue of Uncut – in shops now, or available from our online shop.