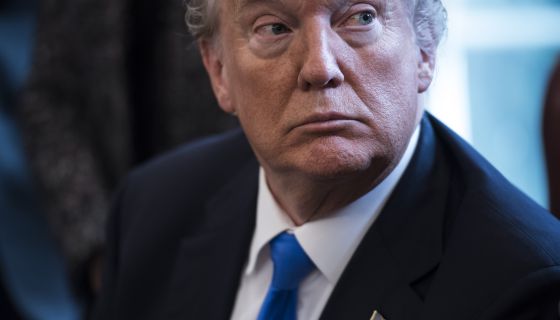 The Shade: Dictionary Takes Shot At Donald Trump With Word Of The Day

Once again, Donald Trump is causing so much uproar, even the dictionary seems to be tired.

, 45 was in an Oval Office meeting on Thursday discussing an immigration deal when he asked lawmakers, “Why are we having all these people from sh*thole countries come here?” Trump was referring to people from El Salvador, Haiti, and countries in Africa.

His racist comments caused a media firestorm and everyone from to had time to drag the president.

It seems Merriam-Webster had taken notice as well. On Friday morning they released their , “reprehensible.”

We peep what you’re doing here Merriam-Webster. Keep doing it.