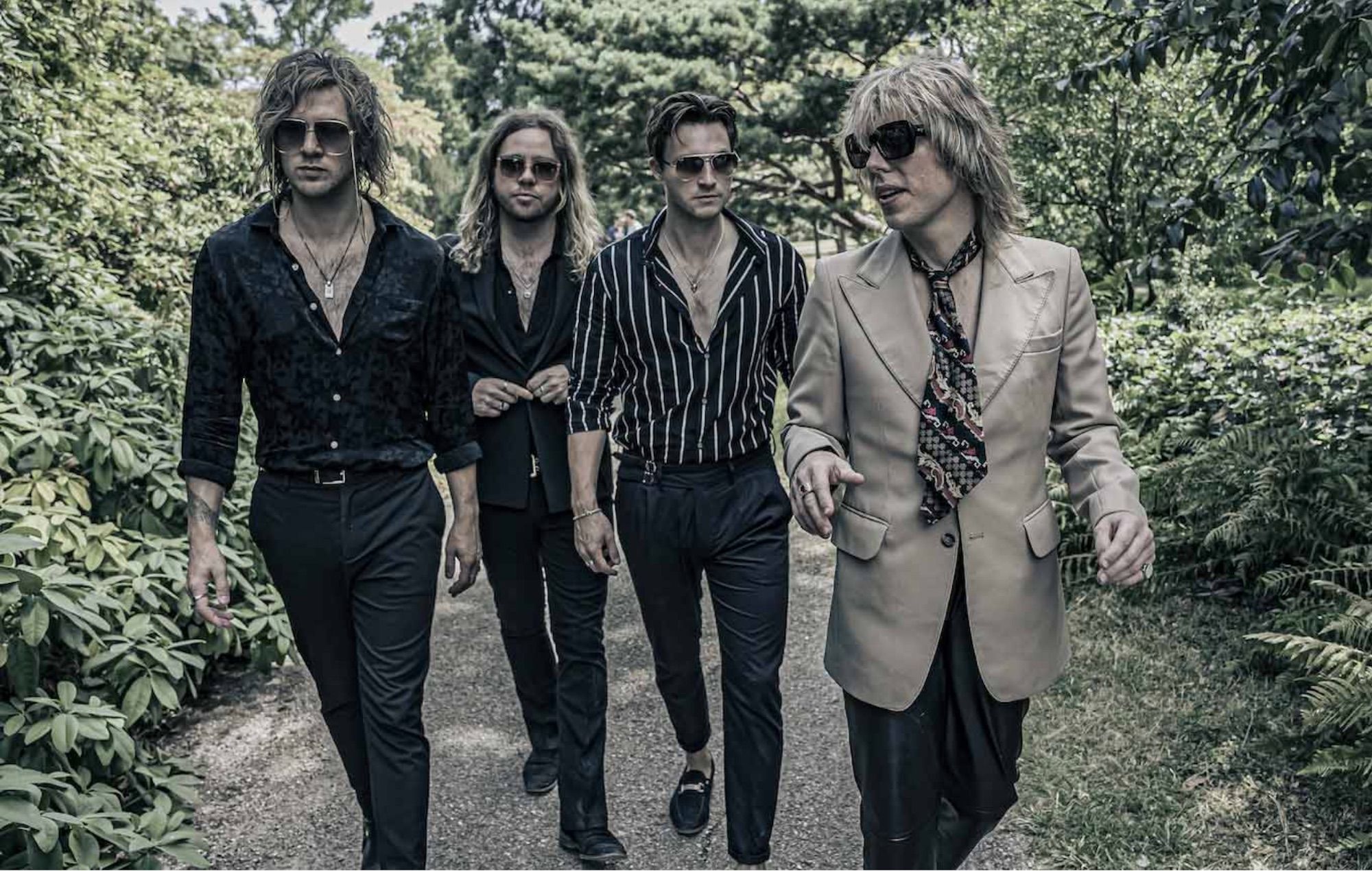 The Struts return with new single ‘Fallin’ With Me’

The Struts have returned with a new single called ‘Fallin’ With Me’ – check it out below.

The new track is the Derby band’s first new music since signing to the Big Machine label earlier this year.

Discussing the new track, frontman Luke Spiller said: “The song’s lyrics were written down whilst on numerous nights out with someone that I was seeing at the time. We always kept meeting at the same place on the Sunset Strip and after a while I had a collection of phrases and lines that all had a certain feel to them.”

“The chorus was intended to be a really heartfelt ballad, but once the music had been recorded it took the vocal delivery to another place entirely,” Spiller added. “Fa-fa-fa-fallin’ was just me joking around and having a laugh, but it quickly became a crucial part of setting the tone of the song.”

Spiller added: “‘Fallin’ With Me’ is something that The Struts have never done before. We’ve done a lot of straight-up rock, but this feels different. The response we have been getting while performing it live has been electric, so I’m excited for everyone to hear the studio version!”

Listen to ‘Fallin’ With Me’ below.

Over the past few years, The Struts have shared a number of high-profile collaborations. In 2020, they teamed up with Robbie Williams for the song ‘Strange Days’, which became the title track of their latest album.

The project also featured the Albert Hammond Jr collaboration ‘Another Hit of Showmanship’, alongside link-ups with Tom Morello and Def Leppard‘s Joe Elliott and Phil Collen.

Last year, the band then teamed up with Paris Jackson on new song ‘Low Key In Love’. “‘Low Key In Love’ was written after a date in Los Angeles at 70’s retro bar, Good Times at Davey Wayne’s,” frontman Spiller said of the track (via Classic Rock). “I walked into the studio explaining that we needed the song to have the essence you feel when entering the bar and absorb the vibe.”

He continued: “When we decided to explore the idea of a duet, I thought back to that night and remembered that Paris played a brilliant acoustic set. Something inside was telling me that everything happened for a reason, so I decided to message her.”

Watch Spiller and Jackson interview each other for NME‘s Friends Like These series here.