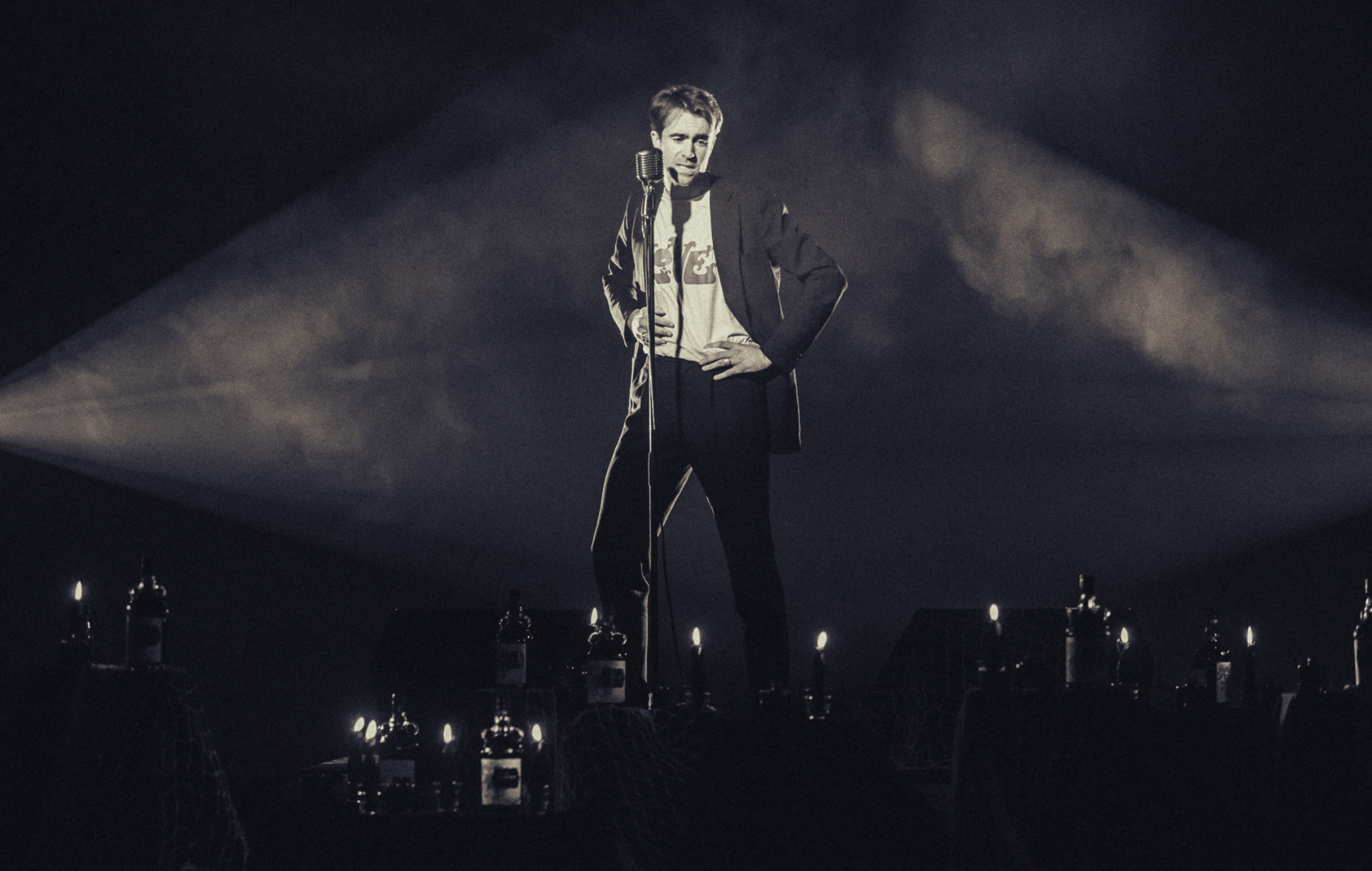 The Vaccines frontman Justin Young has shared a rendition of the traditional sea shanty ‘My Jolly Sailor’.

Partnering with Kraken Rum, the singer’s special performance took place at The Troxy in London where he sang “to 100 cocktails” under the moniker The Serenading Sirens.

Young delivered his one-minute version of the song to create “the most alluring cocktail ever made” in celebration of Valentine’s Day (February 14). You can watch the black-and-white video below.

Fans of The Vaccines are in with a chance of winning one of the 100 drink bottles produced by contributing their own verse to ‘My Jolly Sailor’. A limited-edition Serenading Sirens vinyl, including a “metal-thrash version” B-side, is also up for grabs.

You can sign up and submit your entry to the League Of Darkness website here, where ‘My Jolly Sailor’ is also available to download. Competition submissions are being accepted until February 8, and a winner will be notified the following day.

“Doomed love is the muse behind almost every song I’ve ever written. Forget the bouquets or borrowed clichés, listeners of ‘My Jolly Sailor’ can expect to hear the harrowing, tragic demise of traditional Valentine’s Day romance,” Young said of his cover.

“Plug in your headphones and enjoy (or not) the beautiful sadness of unrequited love.”

The sea shanty singing style became a viral craze on TikTok last month largely due to a rendition of ‘Wellerman’ by postman Nathan Evans, whose online fame led to him quitting his day job after landing a major record deal.

Since then, tracks by Taylor Swift, Nickleback, Glass Animals and more have undergone swashbuckling transformations online.

The Vaccines, meanwhile, recently revealed that their fifth studio album has been mixed. The band previously claimed that the record, which will follow 2018’s ‘Combat Sports’, is their “best x10000”.

In the meantime, Justin Young and co. are set to release their ‘Cosy Karaoke’ covers EP which has been previewed with a take on Queens Of The Stone Age‘s 2002 single ‘No One Knows’.