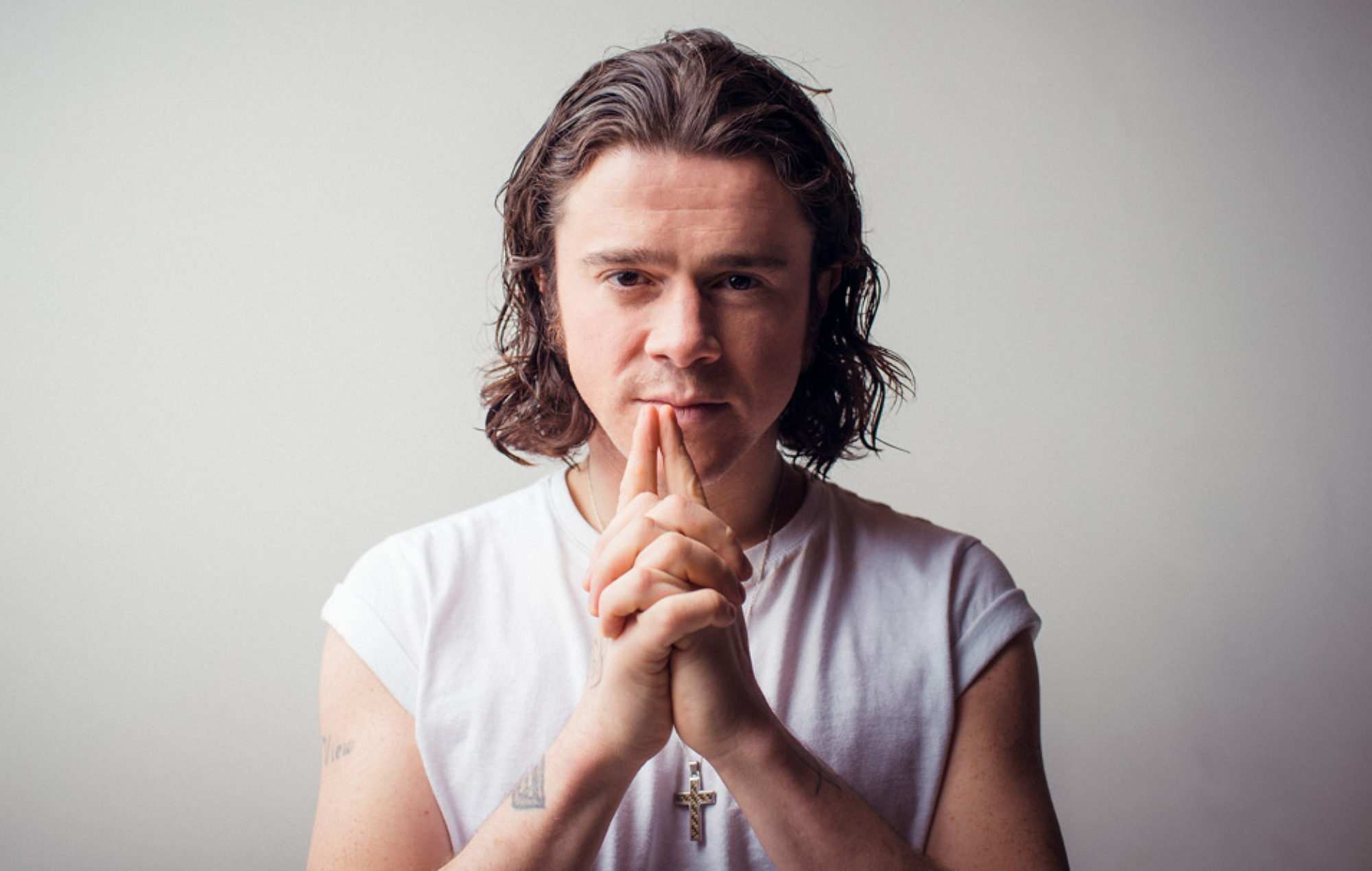 The View frontman Kyle Falconer has shared the video of his new single ‘Stress Ball’. See it first on NME below.

Following on from his 2018 solo debut ‘No Thank You’ (an album named by Liam Gallagher while holidaying together), Falconer now shares the first material from his upcoming Frankie Siragusa-produced new record ‘No Love Songs For Laura’.

“I wrote ‘Stress Ball’ in a taxi on the way to a session,” said Falconer. “It came to me straight away – I turned up to the session with Justin Stanley and we just instantly knew he had something there. For me, it was about using this song as therapy to relieve your stress. I tried to relay that in my vocal by making it fun and feel-good, rather than a serious song about being stressed.

“I’ve been writing too seriously for a while and I wanted something uplifting to make you happy and upbeat when you’re listening to it.”

The video fits that same mood, and sees Falconer and his accomplice cutting loose and getting destructive at a scrapheap.

‘No Love Songs For Laura’ will see Falconer explore Motown, soul and funk influences on material recorded over the summer at The Libertines’ recently opened Albion Rooms hotel and studio in Margate.

Falconer now counts former Oasis mogul and Creation Records boss Alan McGee as his manager and his planning some socially-distanced live shows as soon as lockdown restrictions are lifted.

Falconer will release ‘No Love Songs For Laura’ later this year. Fans can exclusively pre-order it here.