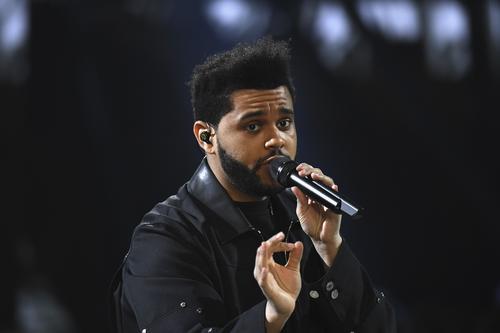 The Weeknd Cuts Ties With H&M Over Racist Hoodie Ad

Earlier today, H&M caught flack after they posted an advertisement on their U.K. website. The advertisement featured a young Black child wearing a hoodie that said, “Coolest Monkey In The Jungle Gym.” It’s pretty obvious as to why it was fensive and shouldn’t even have to be explained. However, it looks like one their biggest collaborators has denounced their involvement with them for their insensitive advertising.

RELATED: Here’s How Twitter’s Reacting To Coachella Selling Out

The Weeknd hit Twitter today to announce that he’ll be severing his ties with H&M due to their fensive and insensitive advertising a black child wearing a “Coolest Monkey In The Jungle Gym” hoodie. “woke up this morning shocked and embarrassed by this photo.” he wrote, “i’m deeply fended and will not be working with @hm anymore…” followed by a screenshot the advertisement. The Weeknd’s manager, Cash, echoed his artist’s sentiment when he posted a screenshot the tweet on his Instagram page.

The Weeknd’s XO brand first collaborated with H&M back in March 2017 for their Spring collection. They later reconnected in September for an XO/H&M collection for the fall.

While he may not be riding with H&M anymore, the strength the XO brand will continue to release new merchandise for the fans without the major retailer. Back in 2016, The Weeknd announced a new partnership with Puma and was also announced as their Global Brand ambassador. In addition to that, they’ve already released several footwear collaborations since then.