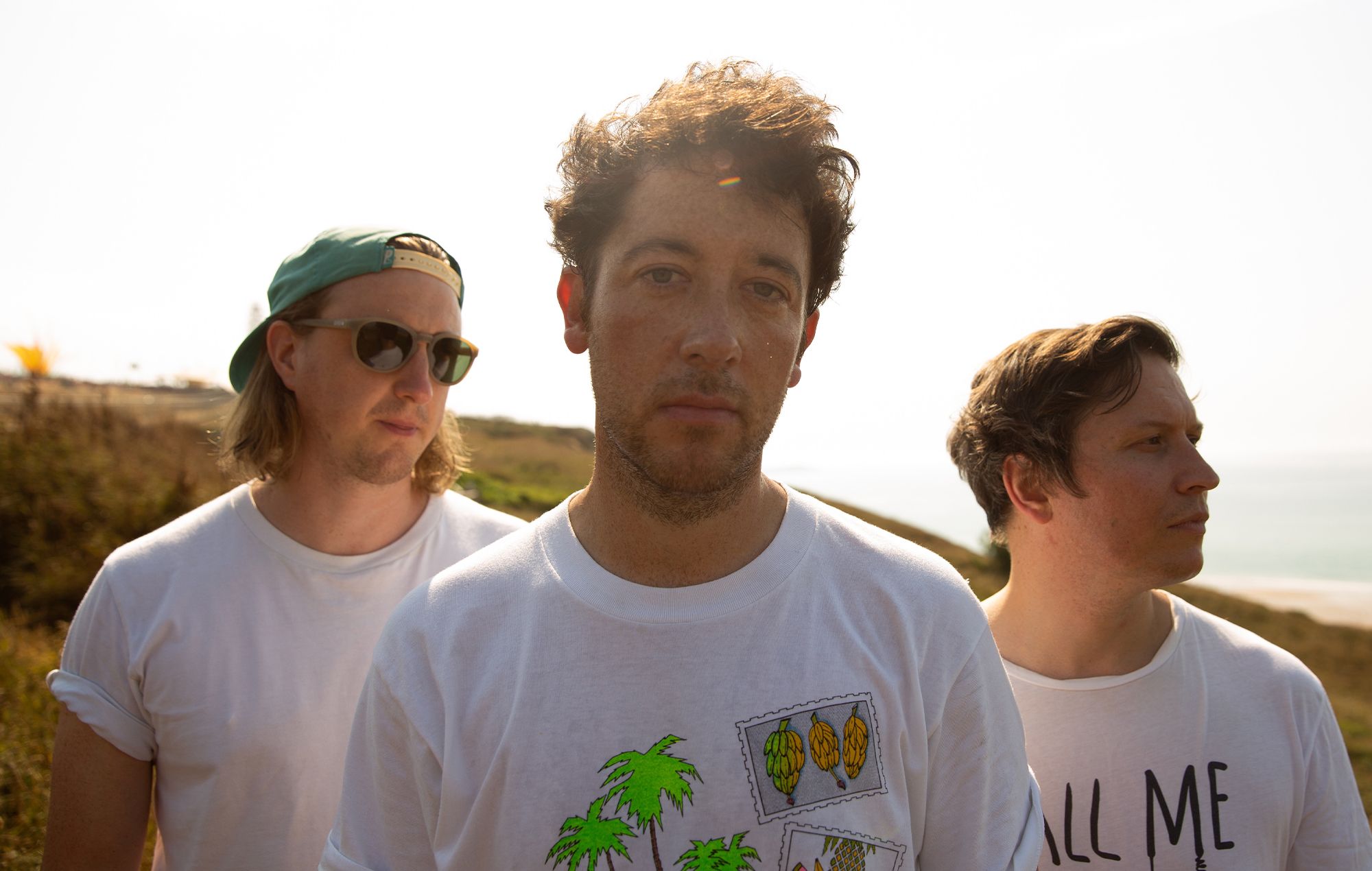 The Wombats have returned with the details of a six-track EP titled ‘Is This What It Feels Like To Feel Like This?’, announcing it alongside a visualiser for the title track.

On the breezy new song’s origins, frontman Matthew ‘Murph’ Murphy said in a press release: “I remember driving past an extremely rundown hotel and wondering what the hell could be going on in there, and that’s where this song was born. It’s about catching someone in a compromising situation that’s very unusual for their specific character and is far more fitting for your own.”

The full EP – described as the band’s “rawest material yet, trading polished synths for spiky guitar riffs and heavy choruses” – will be out on November 18 via AWAL, with a vinyl pressing set to accompany its digital release.

It was largely produced by bassist Tord Øverland Knudsen, who worked on and mixed the record in his Norway studio, following UK sessions co-produced by Knudsen, Murph and drummer Dan Haggis. Additional production also came from longtime collaborators Mike Crossey and Mark Crew.

Have a look at the cover art and tracklisting for ‘Is This What It Feels Like To Feel Like This?’ below, then find pre-orders for the EP here.

The EP will arrive 10 months after The Wombats released their sixth studio album, ‘Fix Yourself, Not The World’, back in January. It was preceded by singles like ‘Method To The Madness’, ‘If You Ever Leave, I’m Coming With You’, ‘Ready For The High’ and ‘Everything I Love Is Going To Die’. A mobile game based on album cut ‘This Car Drives All By Itself’ was released in May.

That record earned a four-star review from NME – where Mark Beaumont said it saw The Wombats “reach a level where touches of EDM, R&B and chart electronica are no longer outside their wheelhouse” – as well as the band’s first Number One debut on the UK albums chart.

The Wombats are currently in the midst of their second UK tour for the year, having played in Penrith, Newcastle, Edinburgh and Newquay over the past few weeks. The run will continue in Sheffield on Sunday (August 21), with a further six dates on the itinerary before the band jet off to Australia. See more details on the tour here, and find tickets here.