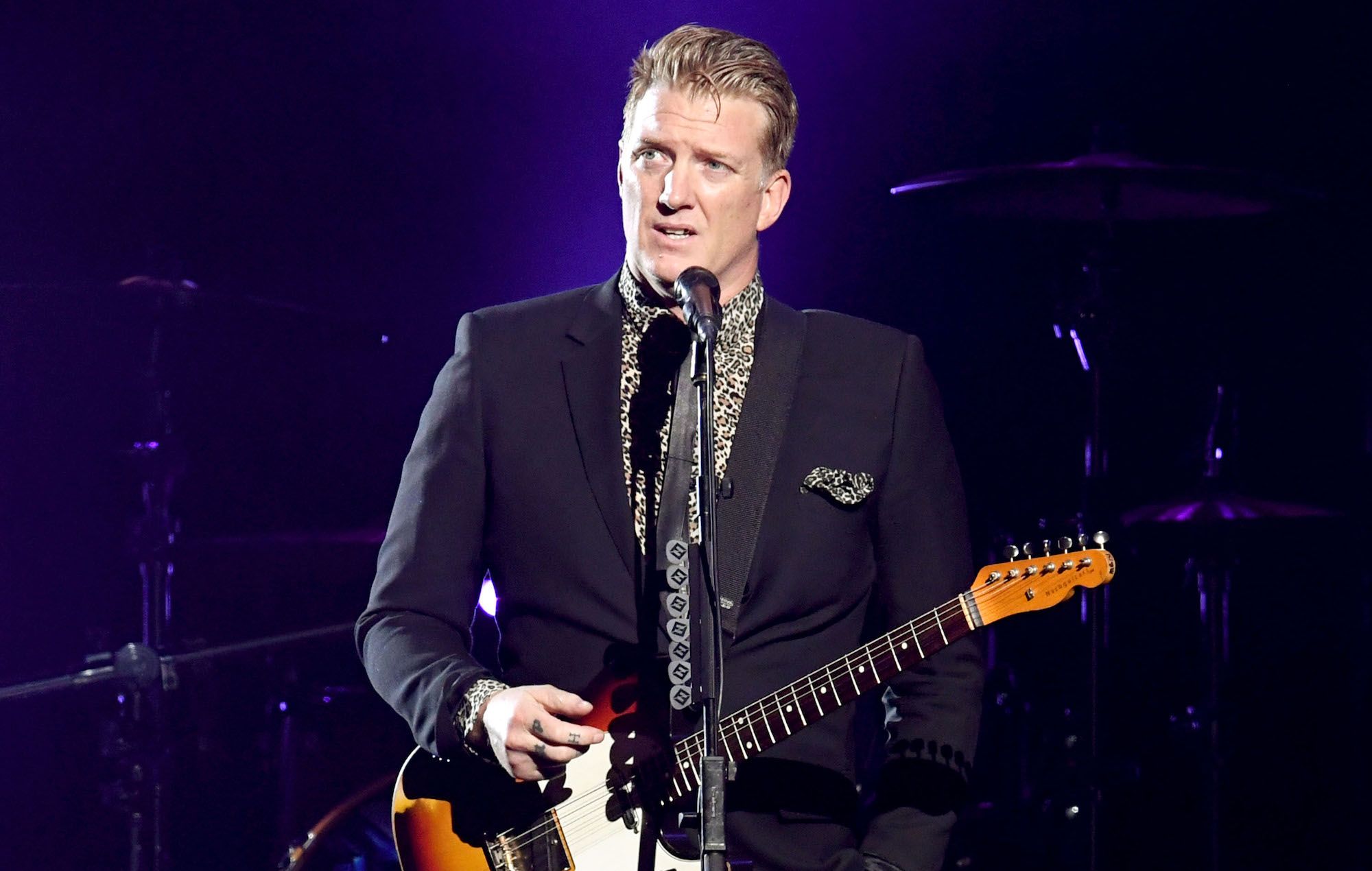 The supergroup are one of many acts taking part in the special gig tonight, which honours the late Foo Fighters drummer.

Following a video message from Elton John, Them Crooked Vultures – Dave Grohl, Led Zeppelin’s John Paul Jones, and Queens Of The Stone Age’s Josh Homme and Alain Johannes – took to the stage. They opened their three-song set with a cover of the British musician’s 1973 track ‘Goodbye Yellow Brick Road’.

After the cover, Homme’s son ran on stage to give his dad a hug. “God, whose kid was that?” Homme quipped, quickly adding: “That was my kid, don’t fuck around. That was my kid.”

After performing ‘Gunman’ from their own self-titled 2009 album, Homme told the crowd: “Everybody, look to the left. Look to the right. The world’s gonna end soon, there’s no time left except for love, and I fucking love you. And I love Taylor. On behalf of everyone here, I hope you have the best time – the time of your life.”

Them Crooked Vultures closed out their set with a performance of Queens Of The Stone Age’s ‘Long Slow Goodbye’. Watch footage of their set above from around the -1.20.49 mark now.