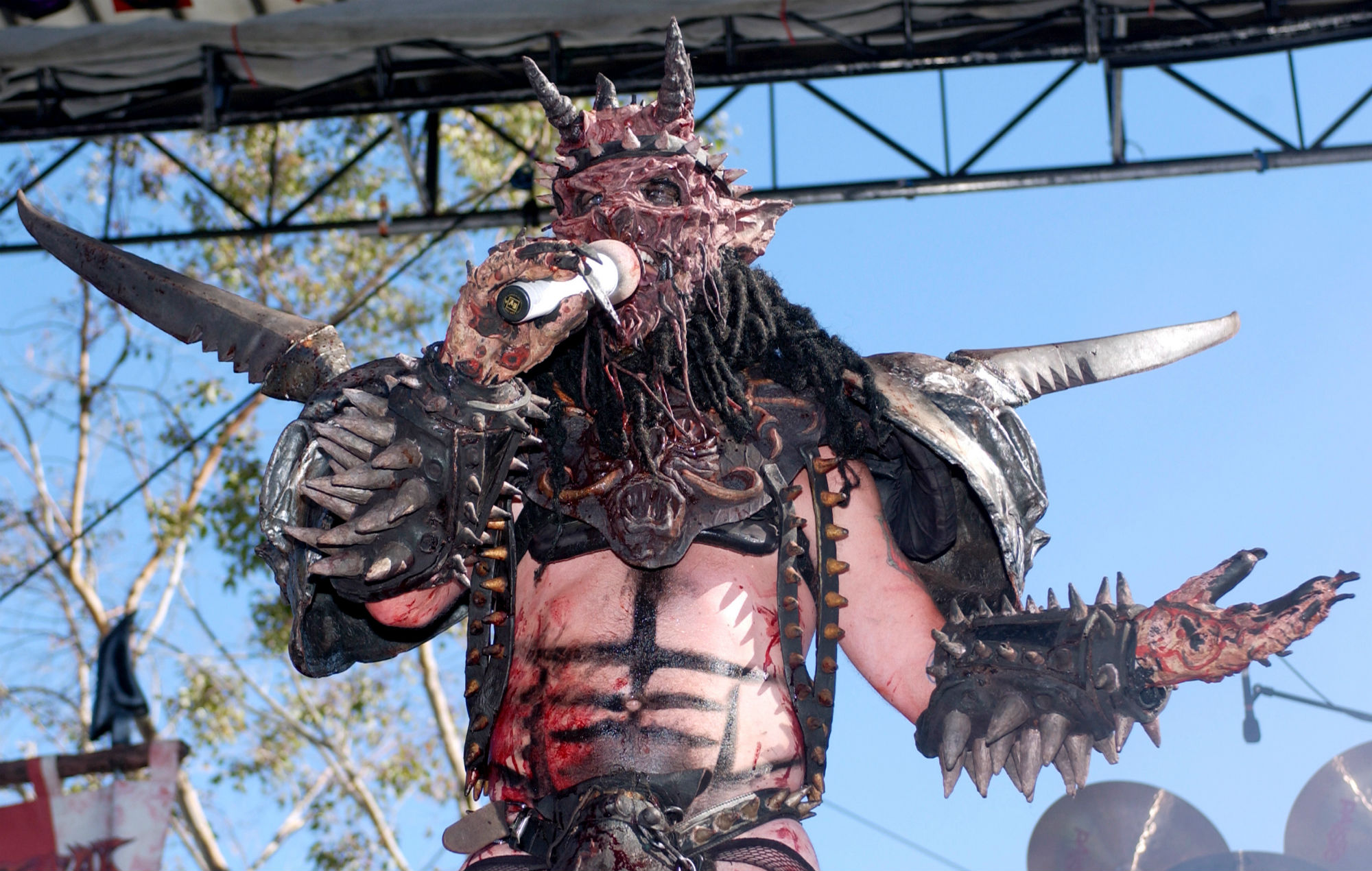 An A-level student has picked up his results while wearing a homemade GWAR costume.

Lani Hernandez-David, 18, decided to make an entrance on Thursday (August 13) when he turned up to his London school dressed as the US heavy metal band’s late frontman Oderus Urungus (Dave Brockie) to see how he fared.

So today I dressed in my home made Oderus Urungus to pick up my A-level school results. I got a B in design technology and a D in art… oh well. All I’d like to say is that you don’t need the highest grades and you don’t need to go to Hollywood to be able to create cool shit. Anyways, this has been a fun project. Let’s try see if we can get an article made about this! Thanks for all the lovely support. Not for sale, will not make any for sale. If you want to buy an Official Oderus piece (or other GWAR pieces for that matter) message @maggotgrace or @sawborg_destructo . @gwar #oderus #sawborgdestructo #oderusurungus #balsac #flattusmaximus #pustulusmaximus #jizmakdagusha #beefcakethemighty #gwarmedallion #scumdogs #scumdogia #sickofyou #antartica #costume #mask #skull #bobgorman #sexecutioner #slymenstrahymen #bohabforlife #loudwire

The A-level student told NME that he’s dressed up every year since year 7 at school for World Book Day and thought it would be fun to do so for results day.

“Some of my friends knew but my school had no idea, however as soon as I walked into school they went, ‘Is that Lani?!’ as they’ve seen me dress up in previous years,” he said. “And I’m the only student in that school that would do something like that….”

Hernandez-David went on to explain that a friend recommended GWAR to him around six months ago. “As soon as I listened to their album ‘War Party’, I was hooked! And then I saw theatrical side of them live, and [learned] that they make their own costumes.

“I went, ‘OH MY GOD! THIS IS THE PERFECT BAND.’ I’m a musician myself, so seeing a band that plays live music with costumes they have made was super inspirational.”

In clips and photos shared on his Instagram, Hernandez-David is seen trying to open his results envelop with his Oderus Urungus claws as well as posing around his school’s foyer.

Even GWAR noticed the feat, sharing a photo of the student on their Instagram and writing: “Imagine going to pick up your grades in a home made Oderus custume and getting a D for art. School sucks, @_lani_mask_ rules. #GWAR #OderusUrungus #HailOderus.”

Imagine going to pick up your grades in a home made Oderus custume and getting a D for art. School sucks, @_lani_mask_ rules. #GWAR #OderusUrungus #HailOderus

Hernandez-David added: “As soon as I saw [GWAR] repost my photos, I was gobsmacked…I didn’t think I would get this much love. GWAR is now my favourite band, I hope to visit them at the slave pit one day once the world is a bit more normal.”

The design student also makes other masks, including ones based on Slipknot’s gruesome designs. Check out his Instagram to see more.

Hernandez-David is one of hundreds of thousands of pupils in England subjected to alternative assessment this year owing to the impact of the coronavirus crisis.

A-Level and GCSE results in England are now set to be determined by teacher assessment only, in a striking U-turn announced today (August 17) by government ministers.

Last week, the government announced a ‘standardisation’ policy from exam regulator organisation Ofqual, which took previous results from schools into consideration and was branded by critics as a “postcode lottery”.

The decision led to protests outside Parliament and a widespread outcry from students after 39 per cent of results were downgraded, leading many A-Level students to miss out on university places.