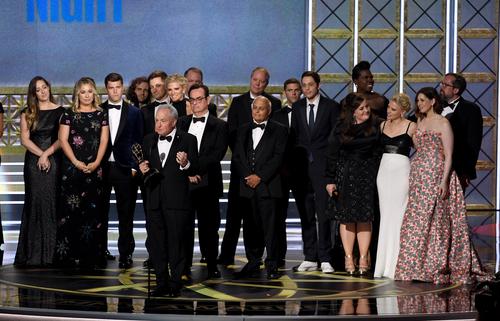 The episode from January 20th, which featured Molly’s Game actress Jessica Chastain as the host, dusted f the well-known theme to the Will Smith comedy The Fresh Prince Bel-Air and decided to give it an alternate ending sorts, with those he got into that infamous playground fight with tracking him down and exacting revenge.

With the eponymous role essayed by cast member Chris Redd in this sketch, the story beats begin as we all know them to from the theme song. Smith’s character gets sent by his mother (played by Leslie Jones) to Bel-Air to live with his auntie and uncle after that aforementioned altercation in the park. However, the thugs Smith’s Fresh Prince fought are actually dangerous gang members, led by Method Man in a well-realized cameo, who are bent on tracking the youngster down and murdering him.

If you’re looking for SNL to spare some your favorite Fresh Prince characters, then you might want to look away during certain parts the sketch. Uncle Phil (Kenan Thompson in the sketch version) is beaten to “within an inch his life” and Carlton wets himself as a result the violence. Smith’s character ends up hiding out in a hotel and needs the help an FBI agent to go f the grid.

Do you think SNL‘s irreverent take on the Fresh Prince mythology is funny or no? Let your voice be heard and sound f in the comments.