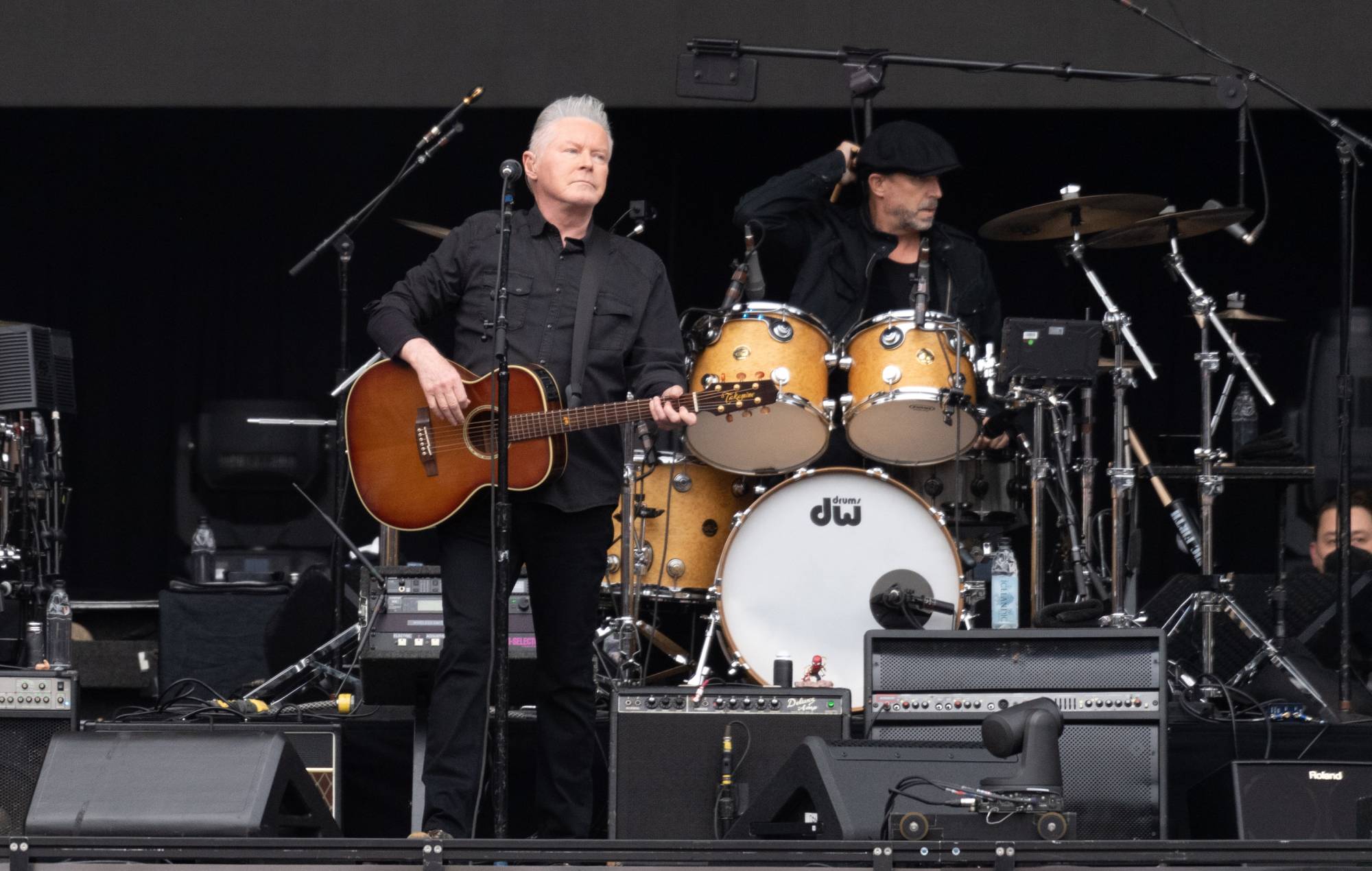 Three men have been charged over the possession of a trove of stolen handwritten notes and lyrics by The Eagles’ co-founder Don Henley.

Glenn Horowitz, Edward Kosinski and Rock and Roll Hall of Fame curator Craig Inciardi have been accused of attempting to sell handwritten notes and lyrics from ‘Hotel California’ and ‘Life In The Fast Lane’, with officials estimating the documents’ worth at over $1 million.

Three men, including a curator for the Rock and Roll Hall of Fame, were charged on Tuesday over allegedly possessing a trove of stolen handwritten notes and lyrics by the Eagles’ co-founder Don Henley, with New York officials estimating the documents are worth more than $1 million.

Henley has been trying to recover the documents for years after they were stolen in the 1970s and according to officials, pawned off to Horowitz in 2005. Horowitz, Inciardi and Kosinski then allegedly began selling to various auction houses, as well as trying to coerce Henley into buying them back.

Each of the men have been charged with one count of conspiracy in the fourth degree, while Horowitz faces a first-degree charge for attempted criminal possession of stolen property and two counts of hindering prosecution.

According to Rolling Stone, Inciardi has been suspended from his role at the Rock and Roll Hall of Fame. President and CEO Joel Peresman told board members in a letter: “At this time we do not know whether Craig engaged in any wrongdoing. He will remain on leave pending the resolution of the third party internal investigation and the extent of the charges once the indictment is unsealed.”

In a statement provided to Rolling Stone, The Eagles manager Irving Azoff said: “This action exposes the truth about music memorabilia sales of highly personal, stolen items hidden behind a facade of legitimacy.

“No one has the right to sell illegally obtained property or profit from the outright theft of irreplaceable pieces of musical history. These handwritten lyrics are an integral part of the legacy Don Henley has created over the course of his 50-plus-year career.”

In other news, Don Henley and co. recently returned to the UK as part of their 2022 UK and Ireland headline tour, which included stop-offs in London for BST Hyde Park, Liverpool, Edinburgh and Dublin last month. The run of performances marked the band’s 50th anniversary.

During their 23-song set at Hyde Park, The Eagles played tracks from across their five decades, including hits like ‘Tequila Sunrise’, ‘Witchy Woman’ and ‘Hotel California’. They also dedicated ‘The Boys Of Summer’ to the late Foo Fighters drummer Taylor Hawkins.