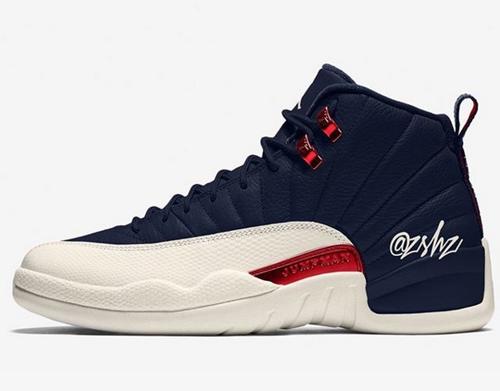 Jordan Brand reportedly has plans to release at least three brand new Air Jordan 12s this year, in addition to the “Vachetta Tan” women’s exclusive that was recently unveiled as part the brand’s “Season Her” Collection.

Thanks to leaked style codes and some photoshop skills, we have a good idea what to expect from these three upcoming Air Jordan 12s.

Among the three 12s are two monochromatic colorways, one drawing on inspiration from his playing days with the UNC Tar Heels (University Blue/Metallic Gold-Black) and another featuring the familiar red the Chicago Bulls (Gym Red/Gym Red-Black).

There’s also a “College Navy/Sail-University Red” Air Jordan 12 in the works which is reportedly scheduled to drop sometime in August.

Release details and early images have not yet been revealed but we’ll keep you posted with any developments. Scroll down to check out some artist renderings what the trio brand new Air Jordan 12s could look like, based on their style codes.