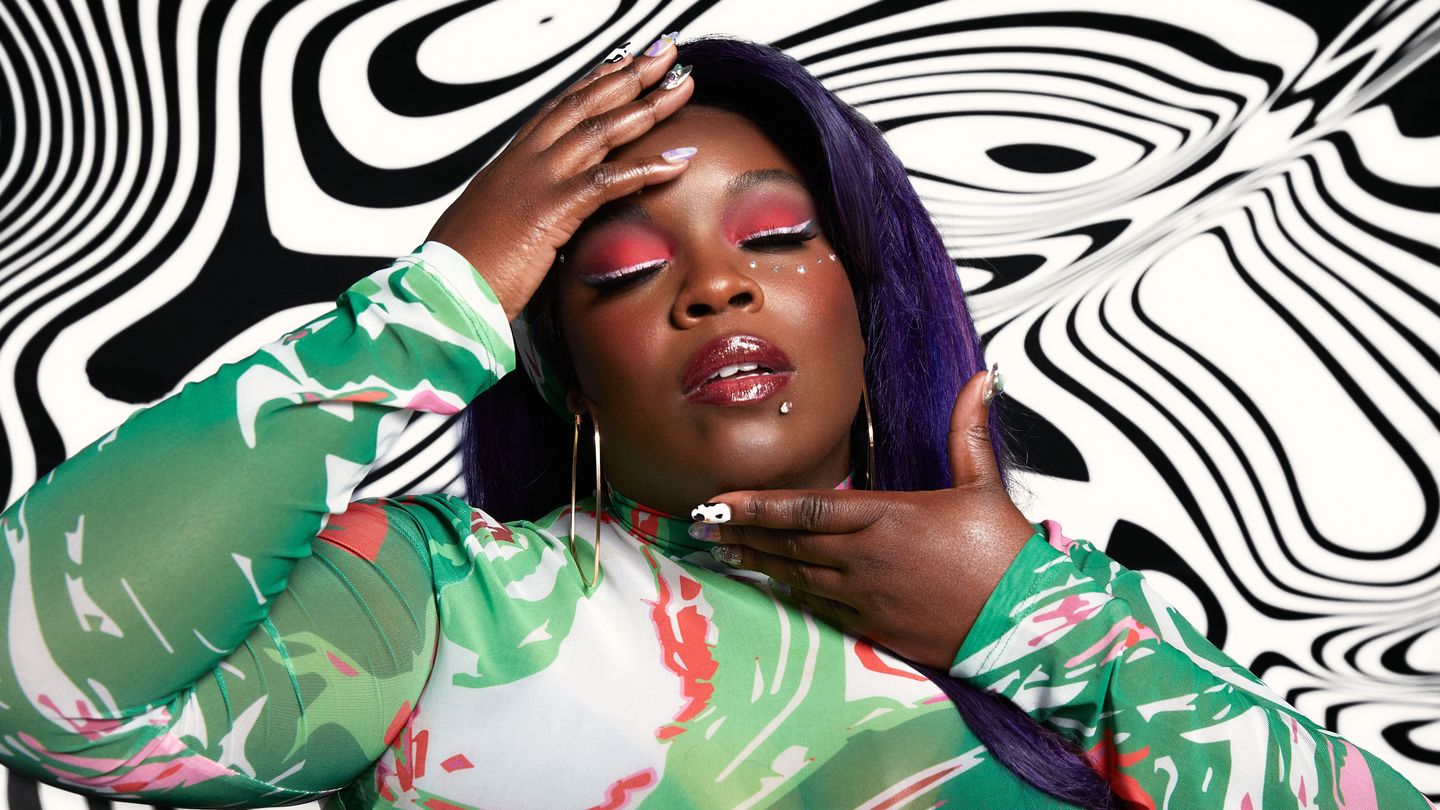 Yolanda Quartey is done going through the motions. With the release of her sophomore album Stand for Myself, the British-born singer-songwriter who performs spirited roots soul music as Yola makes it clear she’s comfortable in her own skin. Produced by The Black Keys’s Dan Auerbach, the confessional album reads in part like a mission statement of her journey the past eight years seeking to get back to her roots and her truest self.

When her mother died in the fall of 2013, she realized she had been sleepwalking through life. “I feel that prior to my mother’s passing in 2013, that I was a little bit of a doormat version of myself,” Yola tells MTV News. “I wasn’t really fully living in my truth or in my actual personality. I had been minimizing myself.”

From the outside, though, Yola’s entire rise looks like a success story. Growing up outside Bristol, England and living homeless for a time in London, she experienced instances of bigotry and sexism in the British music industry. However, her determination helped lead her to international acclaim. In 2019, she was nominated for four Grammys, including Best New Artist, for her debut album Walk Through Fire. Still, she says, “I had been staying mum about my true-life experience. I was attempting to get out of that environment but to no avail, until I saw how underwhelming the vision of a parent’s casket can be.”

That sight at the funeral seemed almost phony, like a punchline to a joke that can’t “really ever represent the personality of the person therein.” The concept of death had been taught to her as a big happening, but experiencing it this way felt “somewhat small,” which surprised her.

“It feels like it’s an entire mockery of all the drama and all the things you swore mattered,” she says. “In a world that put us in a little box, and then it gets lowered into the ground, and they might as well just be playing circus music because it seems like a joke… If you’re not living and you’re not self-actualizing, you’re not doing what you most want to do and extracting the most sense of joy and fulfillment from life, you’re really missing a trick.”

As she rode home from the funeral, the bass line to Stand for Myself’s rousing “Break the Bough” materialized in her head, and she began to sing it. As tears poured down, she tried her best not to crash her motorcycle. As she pulled up to her house, the first verse appeared, and she realized she had a song.

It wasn’t until last year during the pandemic, when she was hit by a flood of inspiration, that she was able to perfect it. The song is dedicated to the state of not living that had once consumed her. “That kind of a narrative of this record is one song,” Yola says, “and then the ensuing 11 songs are the measures I took to free myself from that paradigm of thinking.”

That included taking more creative freedom in writing songs. Her time off due to the pandemic made the “process of writing the album the antithesis of the process of writing the first album.” While the songs on Walk Through Fire were written in a room with others, including Bobby Wood, Pat McLaughlin and Dan Penn, this time she handled the majority of songwriting duties herself.

“With this isolation in effect, I couldn’t just be in the room and get the seed for the idea. I had to come up with the seed myself,” she says. “I had to be responsible for the lion’s share of the writing of the songs.” Once she got ideas satisfactorily started, she was able to get into a writing pod in Nashville with others such as local staples Natalie Hemby and Joy Oladokun.

Yola found success writing songs through utilizing a uniquely scientific method. She became “enamored with techniques that physicists would use to solve problems that they were encountering in theories, in equations they were formulating.” She would stay up until 5 a.m., pour herself a glass of wine, binge listen to her favorite music, and strum the guitar, all in an effort to go blank in the process of “trying to de-tune my brain.” With her consciousness less active, she made deeper connections between things she had experienced and found a common thread between the messages she wanted to express. “[Physicists are] known for doing menial tasks or doing something that would turn their analytical brain off so that rest of the information in their mind would have a chance to coalesce,” Yola says. “I tried to employ this technique first by accident, and then I realized that a bunch of songs that I’d written previously that I was going to bring into the studio were written in the same way.”

“All my best songs were written when I was borderline delirious with tiredness,” she continues, though that looseness perhaps led to an eclectic blend of sounds. Sonically, the album spans influences from her mother’s record collection, modern and classic R&B, hip-hop, and pop. It plays like a mixtape, which is fitting, as the 38-year-old came of age during the format’s early years. “You’ve got hip-hop artists and R&B artists sampling music from the ‘70s, from the funk era, from the disco era, from the soul era,” she says of what inspires her.

Some of her lyrics, meanwhile, seek to challenge listeners to change their mental programming that often leads to bigotry, inequality, and tokenism — all of which she encountered early on. “I think my experience, being an isolated person, an other, an isolated other, is something that anyone who’s been an other of any kind would be able to identify with,” Yola says. To that end, the singer hopes her music bridges the gaps between marginalized peoples, offering a modicum of empathy. “I think that the record is as much about the requirements for tenderness in that other life as much as it is the undoing of this divide-and-conquer paradigm,” she added. “If you have been separated out, that is the problem, this old concept of bias and the thing that makes us oh so different. I think a lot of people will listen to this record and go, ‘Oh, that’s my life experience, but I’m nothing like her.’ We’re all surprisingly unoriginal.”

For example, “Barely Alive,” focuses on the difference between surviving and thriving. Often our circumstances trick us into thinking they’re the same, especially when money enters the equation. “As much as I talk about people’s cognitive bias, the idea of people honestly thriving or finding a way to thrive makes people generally less hateful,” she says. “If we can lead people into being less hateful, we have a greater chance of leading them into moments of empathy or of kindness.”

“But if you’re absolutely drowning in this effort because your life sucks,” she continued, “it’s going to be very hard to tell someone about their privilege or how good they have it, or how much they need to be thinking about anyone other than the direness of their own situation. So, for me, challenging cognitive bias and self-actualization come hand-in-hand.”

Perhaps her latest element of self-actualization is entering the film realm. Yola will be making her acting debut as guitar-music icon Sister Rosetta Tharpe in Baz Luhrmann’s musical drama Elvis, due out in 2022. She says it was a “truly revelatory experience” learning to be an actor and figuring out how to solo, something she’d never done. “You have to be aware of so many things whilst you’re shredding the living daylights out of a guitar like Sister Rosetta Tharpe,” she said.

Before then, Stand for Myself is set to showcase all the work she did to get here: “I feel like I’ve always been writing this record to a degree, from the point that I decided I needed to start living.”