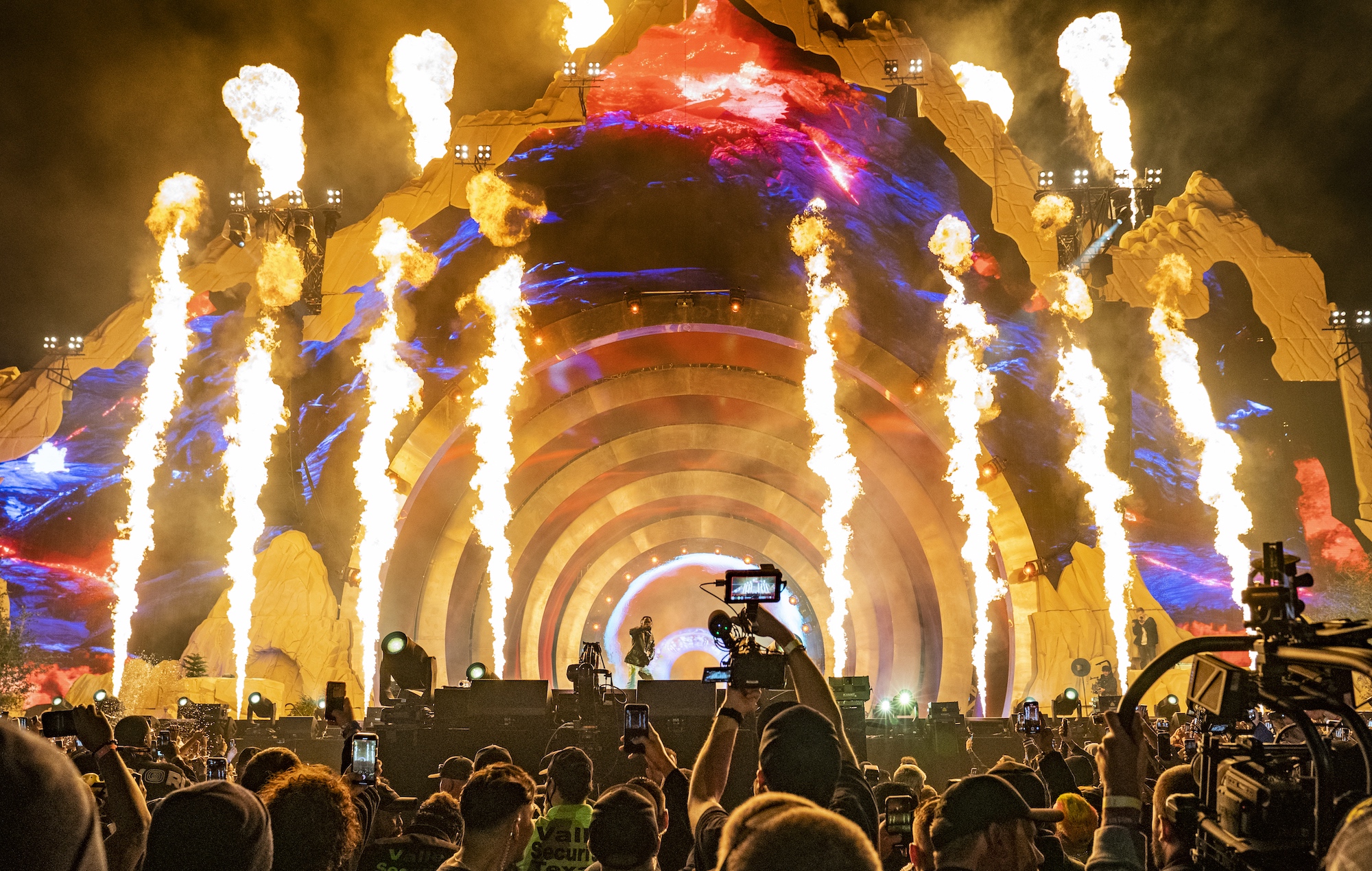 TikTok has responded amid the spread of videos on the platform spreading Satanic conspiracies regarding the “mass casualty” crowd crush incident at Travis Scott‘s Astroworld festival last week.

Eight people died and hundreds were reportedly injured during Scott’s headlining set at venue NRG Park last Friday (November 5), when the audience began to compress towards the front of the stage, causing injuries, shortness of breath and, for some, cardiac arrest.

Over the weekend, as news of the tragedy began to emerge, dozens of videos began to spread on TikTok positing far-fetched explanations for the incident – largely centring around the idea Scott was conducting some kind of Satanic ritual, or pointing to perceived Satanic symbolism on the festival grounds.

Reporting earlier this week, Rolling Stone pointed out that one of the most popular videos – alluding to the vaguely demonic imagery in Scott’s stage design – had reached 23million views. Additionally, typing “Astroworld” into the platform’s search bar yielded popular suggested results like “Astroworld demonic”.

Both Rolling Stone and Complex are now reporting that after getting in touch with TikTok regarding videos spreading misinformation about the tragedy, a representative for the company responded that it is working on taking action against the content, including within its search suggestions.

“Such content is in violation of our Community Guidelines and is being removed,” TikTok told Complex.

As for who is actually to blame for the casualties at Astroworld, investigations are ongoing. Lawsuits have continued to grow against Scott, festival promoters Live Nation, and more in recent days, while experts have claimed that Astroworld organisers “weren’t prepared” for the huge crowd.

Yesterday (November 9), Houston Police chief Troy Finner said he “expressed [his] concerns regarding public safety” to Scott regarding the event prior to it taking place.

In the days following the festival, Scott took to social media to make two separate statements: a brief, written one on Twitter and a longer video posted to Instagram. In the first, the rapper said he was “absolutely devastated” and that he was “committed to working together with the Houston community to heal and support the families in need”.

In the second, Scott said he could “never imagine the severity of the situation” and said said that he always wants to “leave [his fans] with a positive experience”. “Anytime I can make out what’s going on, I stop the show and help them get the help they need,” he said.

Earlier this week, Scott announced that he would pay for the funeral costs of victims of the incident, as well as cover online therapy costs for those in need.

A press release issued at the time said Scott was “in active conversations with the city of Houston, law enforcement and local first responders to respectfully and appropriately connect with the individuals and families of those involved.

“These are the first of many steps Travis plans on taking as a part of his personal vow to assist those affected throughout their grieving and recovery process.”