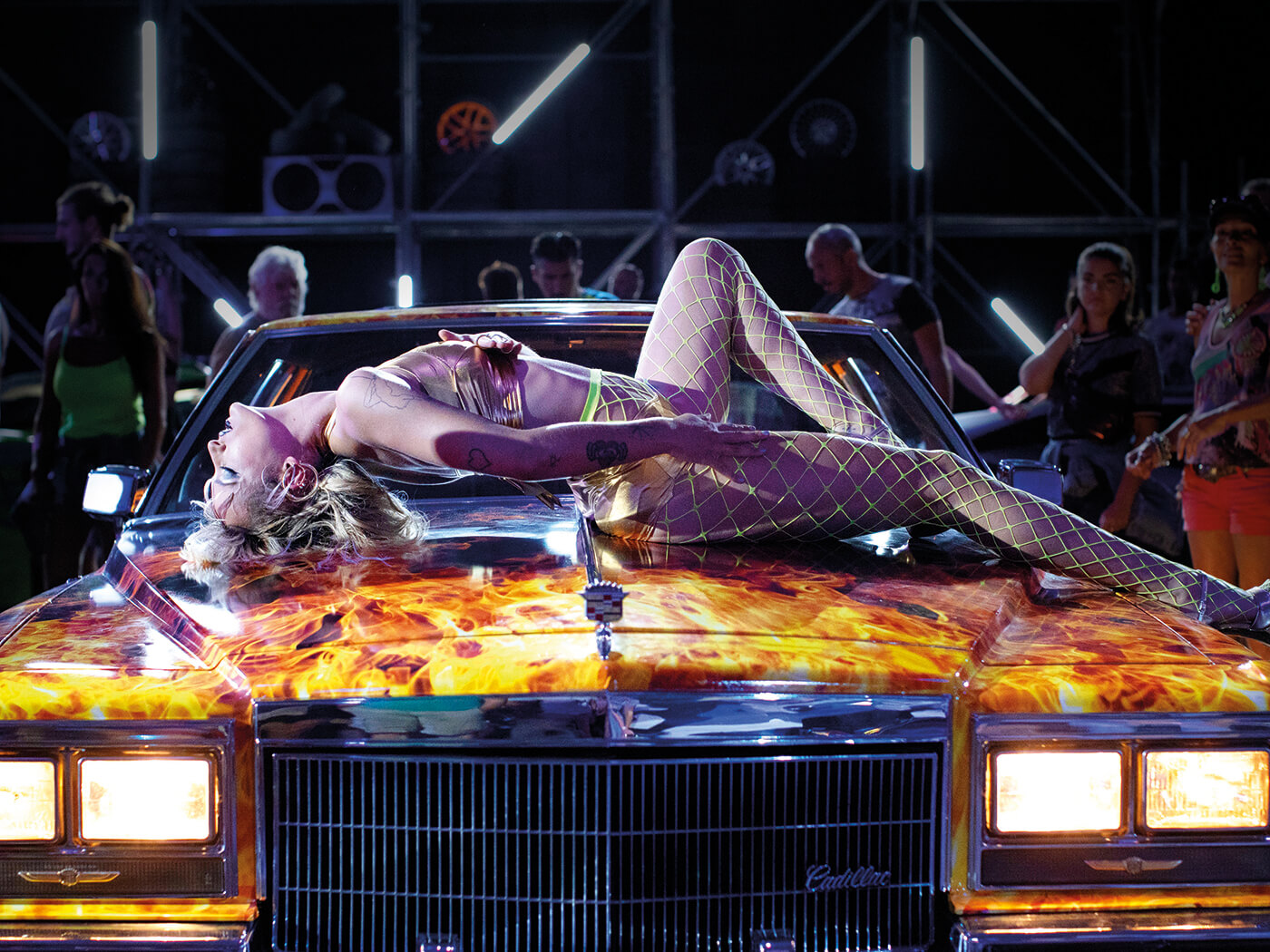 Truly deranged films don’t often come along these days – and when they do, you don’t expect them to win the exalted Palme d’Or in Cannes. That’s why Julia Ducournau’s Titane stands out as a wild exception; she’s also only the second woman to win the prize, 28 years after Jane Campion’s The Piano. Titane is the French director’s follow-up to her acclaimed, all-out feral Raw, a cannibal coming-of-age story. Heroine Alexia (Agathe Rousselle) has had a titanium plate in her head since childhood and now works as an erotic dancer at motor shows, while exploring a sideline in casual homicide. On the run after a sexual encounter with a car (this is all making perfect sense so far, right?), she disguises herself as a boy and forms a strange quasi-familial bond with Vincent (Vincent Lindon), the obsessive, muscle-building captain of a firefighting squad.

Ducournau’s film is an electrically aggressive meltdown of violence, visual delirium, sexual fluidity, outré humour and Cronenbergian body horror, with a soundtrack that ranges from The Kills and Future Islands to a wildly unlikely use of perennial holiday hit “Macarena”. This is a wildly arresting creation, not least because of newcomer Rousselle, laser-eyed and androgynous with an angular facial geometry that’s positively Vorticist. Then there’s Alexia’s tender, polymorphous relationship with her adoptive firefighting daddy – played by French screen stalwart Lindon, here stepping audaciously far from his usual zone of careworn Everyman roles.

Not that a nightmare movie like this should be neatly manageable – but as Titane barrels furiously from psychodrama to De Palma-esque murder farce to machine nightmare and beyond, you feel that there are at least three different films here, with Ducournau playing a dizzy game of narrative pinball. You can’t stop watching, though – but be warned, one moment of impromptu facial surgery is cinema’s most wince-inducing moment of nasal brutality since Polanski’s Chinatown.