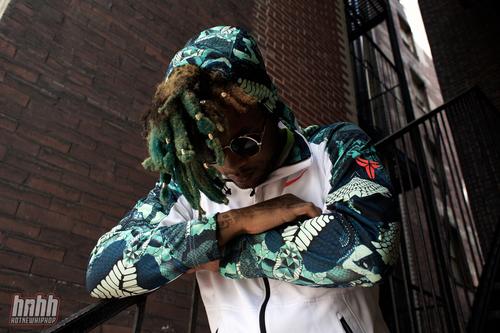 UPDATE: TM88 has continued to Tweet out his displeasure with Atlantic Records, calling them “the worst label in the history fuck shit!”

In recent weeks, a disturbing development has continued to surface with rapidly increasing frequency. After 2017’s producer the year candidate Metro Boomin aired out Atlantic’s Mike Caren and the APG division over their shady dealings with producers, another interview with E.Dan ID Labs cast another light on the narrative. In an interview, he revealed that labels were constantly using the semantic difference between “mixtapes” and “albums” in order to avoid paying full producer fees. Sonny Digital and J.U.S.T.I.C.E. League added their voices to the discourse, and producer Marvel Alexander detailed how he was finessed by RCA over A$AP Ferg’s “Shabba.”

While Alexander ultimately had to fight hard to make a meagre $500, TM88 seems to have been hit even harder. The talented producer recently tweeted out a harsh truth, in which he revealed that he has yet to make a cent f Lil Uzi Vert’s “XO Tour Life,” which he helped produced. The revelation is especially crazy, as Uzi’s breakout hit was previously reported to be making an estimated $4.5 million dollars; for some context, Uzi was said to have pocketed $900K that total gross.

The news will no doubt be unfortunate to all the aspiring producers who might be reading this. It’s equally unfortunate that TM88 didn’t get the financial compensation he deserved, as his touch helped make “XO” what it was. Check out our video we shot with the young producer, who actually revealed his role in crafting the 2017 classic.