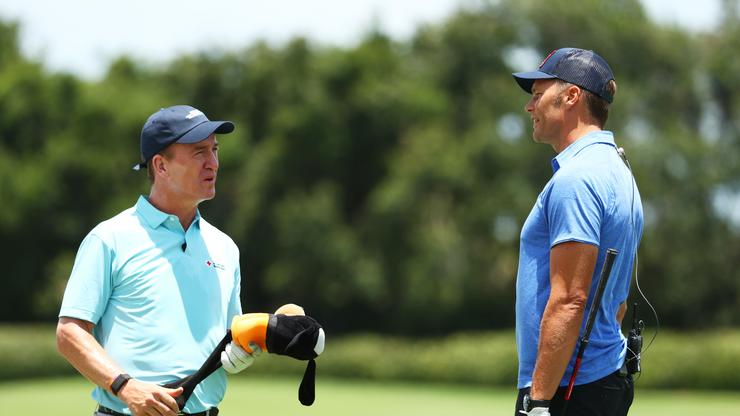 Tiger Woods, Peyton Manning, Tom Brady, and Phil Mickelson are all playing a round of golf for charity.

Tiger Woods, Peyton Manning, Tom Brady, and Phil Mickelson all got together for a round of golf to raise money for COVID-19 relief efforts, Sunday. So far, the day has provided a handful of salient moments, including a ridiculous hole-out by Tom Brady from over 100 yards.

The matchup pits Tiger Woods and Peyton Manning as a team against Phil Mickelson and Tom Brady.

After being teased by commentator Charles Barkley, Brady holes-out on the seventh hole Par 5.

“Tiger thinks he has a huge advantage playing there. That’s fine. We’ll take it to him and Peyton, and there will be no excuses,” Mickelson said before the match. “Tom and I are going to go down there and put it to them. We’ll make it so that every time Tiger shows up at his home course, he’ll have a bad memory.”

The group has been battling rain throughout the day. Twitter newbie Eli Manning, who’s been live-tweeting the event, says the group should play on: “I’d keep playing. I don’t think the heavy stuff’s gonna come down for quite awhile.”

13 holes in, Woods and Manning are 2 up over Mickelson and Brady.

The PGA Tour is set to return June 8 with the Charles Schwab Challenge in Fort Worth, Texas.