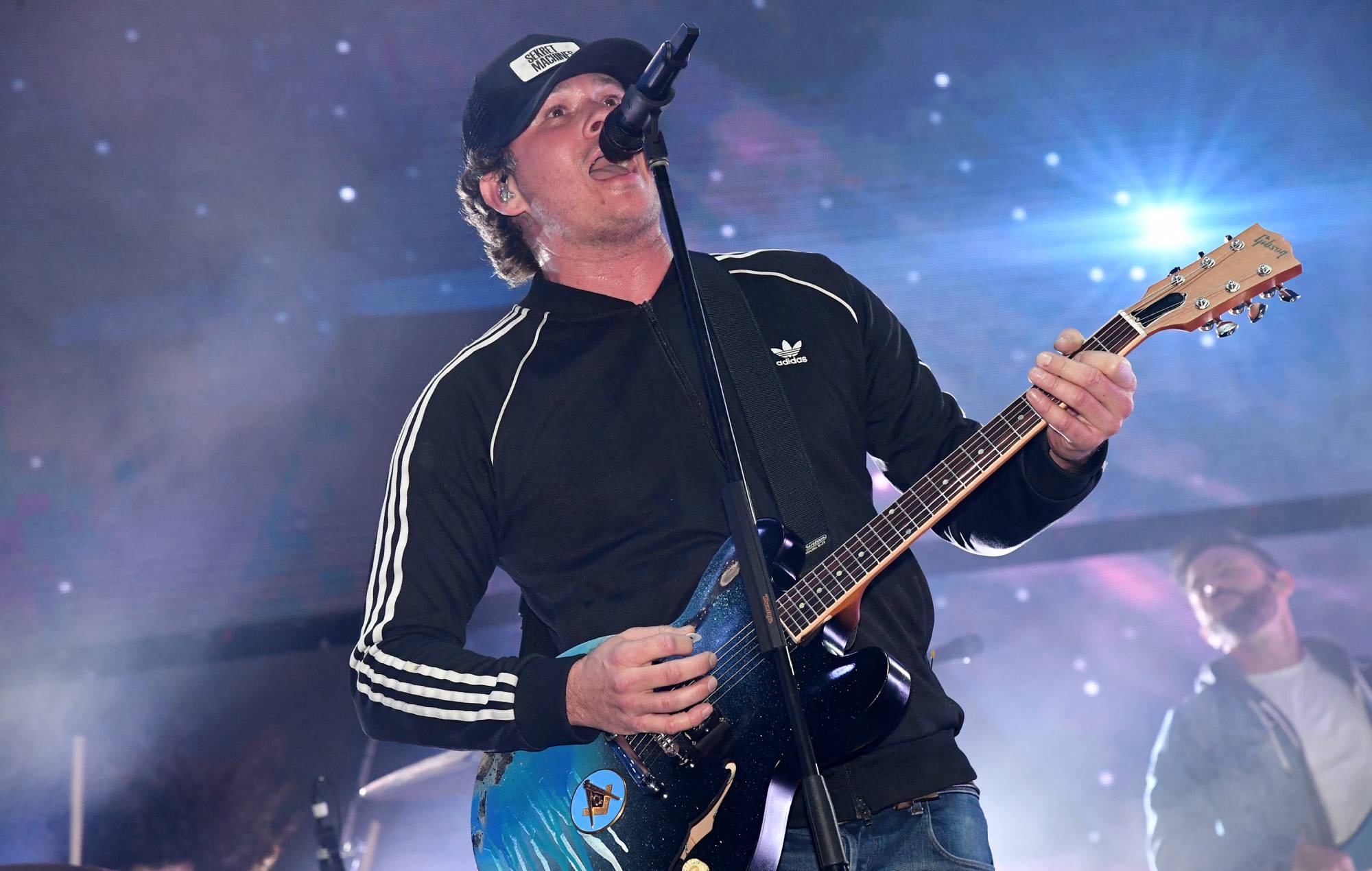 Over the weekend (March 13), the singer responded to a fan on Twitter who expressed their love for Box Car Racer – the band made up of DeLonge, Travis Barker and Angels & Airwaves guitarist David Kennedy.

After speaking about the group’s sole album, 2002’s ‘Box Car Racer’, user Helen Kincannon wrote: “I know Tom DeLonge says that Angels & Airwaves is a continuation of BCR, but none of AvA’s albums have the same feel at all. (And I love all of AvA’s stuff too).”

Stay tuned then for this first single from the new @AVABandOfficial album. Very BCR and that’s also why Rich Costey is mixing it, because he mixed the BCR album… As he gave it that feel u are describing. 😎 https://t.co/w7kIF4juqr

DeLonge explained in a retweet of the post that the lead single from Angels & Airwaves’ forthcoming LP was “very BCR”, adding: “And that’s also why Rich Costey is mixing it, because he mixed the BCR album… As he gave it that feel you are describing.”

Back in October 2019, DeLonge shared a snippet of a new track which he said in the caption “kind of sounds like Box Car Racer”. You can see that video above.


Ahead of LP6, the band have released a string of singles: ‘All That’s Left Is Love’, Rebel Girl’ and ‘Kiss & Tell’.